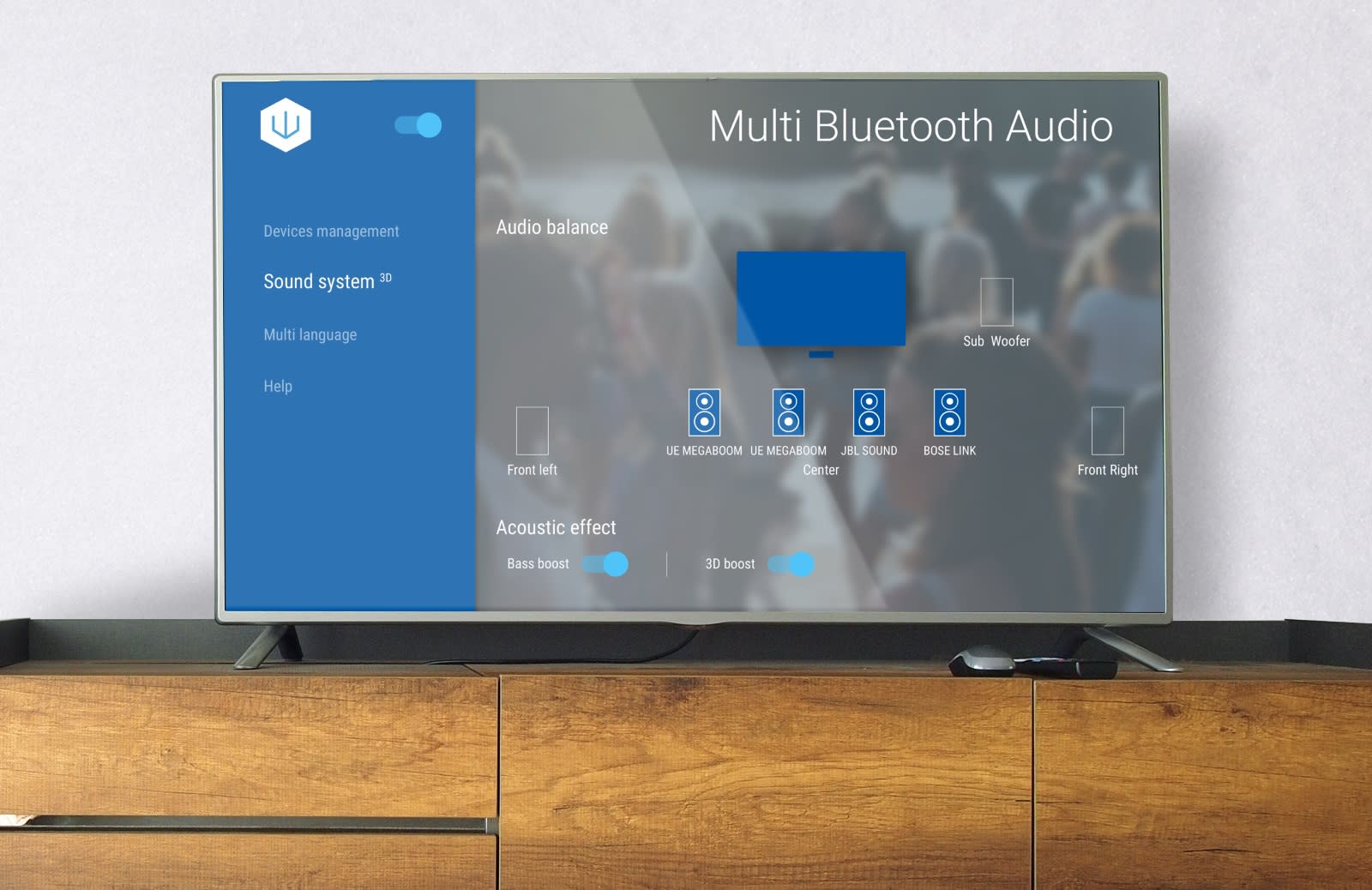 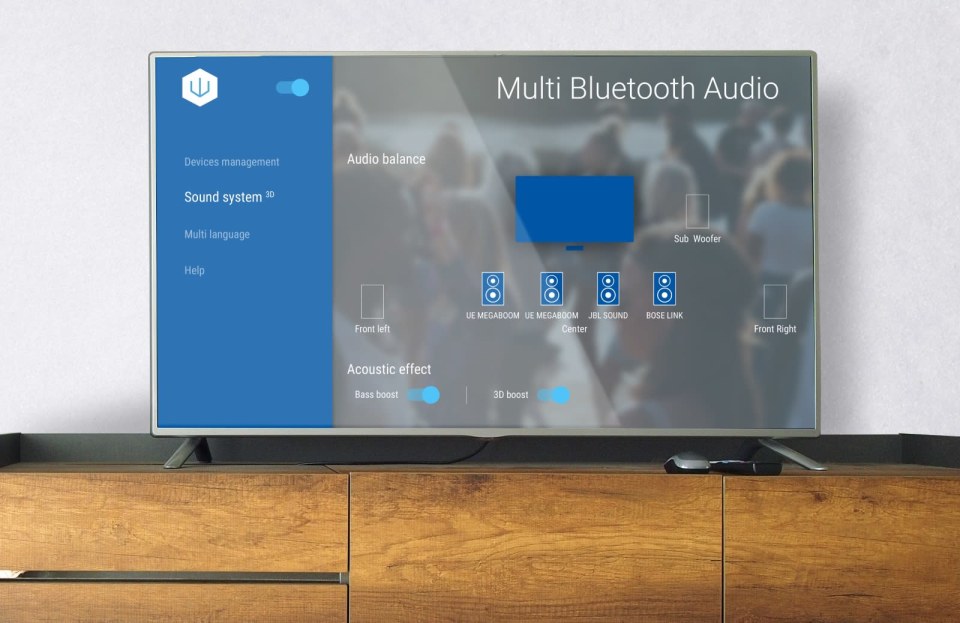 One of the most distinctive features in the Moto X4 -- its ability to stream music to multiple Bluetooth speakers at once -- came from Tempow, a small Paris-based startup. That's particularly useful for those of us who've collected several Bluetooth speakers over the years. The company has spent years developing its own Bluetooth profile to push the standard forward, and so far its received two patents covering its core technology.

Now, it's bringing the Tempow Audio Profile (TAP) to TVs and set-top boxes. That'll allow for the same basic functionality as the Moto X4's multi-speaker streaming, but even better, you'll also be able to create an ad-hoc surround sound system with any Bluetooth speakers.

That might sound crazy, especially given the narrow amount of bandwidth available to Bluetooth devices. But CEO Vincent Nallatamby says there's more than enough space to process full surround sound streams, and Tempow also manages to do that without compressing audio any further. We didn't get to see a demo of the TV software in action, but he showed off the company's Android Bluetooth profile running on a Nexus 6P, which managed to play Pink Floyd's "Money" across three very different speakers from Logitech and Bose. That's a song with some strong stereo separation, and I could easily hear the cash register noises moving across each speaker.

On TVs, the company's technology will let you use up to six speakers in a 5.1 configuration. It's also developed some bass boost technology to help a single speaker mimic a subwoofer (ideally, you'd choose one that already has boomy sound). Nallatamby says its Bluetooth profile is also optimized to reduce latency -- you'd definitely notice slowdown issues if you were using multiple speakers to watch a movie.

And if you don't need surround sound, Tempow's tech could power other intriguing uses, like sending an audio track for one language to Bluetooth headphones, while the rest of the house listens to a different track. If your kids watch TV over headphones, you could also customize the volume levels to protect their hearing.

Tempow plans to bring its technology to two more phones by the end of the year, and it's currently chatting with TV manufacturers. The company will need to forge partnerships, like the one it did with Motorola, to survive. Its technology has to be installed at the base level of an operating system -- it can't just be deployed as an app.

Based on what I've seen, though, it's something that device makers will want to pay attention to. As we learned from my chat with the creator of Bluetooth, Jaap Haartsen, the standard still has plenty of room to grow. And that's entirely Nallatamby's goal. He wants to help evolve the fragmented Bluetooth landscape, with different features across multiple chipsets (like Qualcomm-owned AptX), into something more unified.

In this article: av, Bluetooth, entertainment, gadgetry, gadgets, gear, Tempow
All products recommended by Engadget are selected by our editorial team, independent of our parent company. Some of our stories include affiliate links. If you buy something through one of these links, we may earn an affiliate commission.