Moto X4 hands-on: Premium looks and features on a budget

Dual cameras, Alexa-integrated and a shiny, elegant body for a fraction of flagship prices.

The world may be distracted by the advanced, high-end technology of the Galaxy Note 8 and the highly anticipated iPhone 8, but those devices also tend to come with appropriately hefty prices. For people looking for budget-friendlier options that look just as premium and perform respectably will soon have a new candidate to consider. Here at IFA in Berlin, Moto unveiled the X4 — its latest midrange handset which will retail in Europe for €399 in September (£349 in the UK). It offers dual cameras and an elegant design for the price, and after a brief hands-on with the new handset, I'm pretty taken by how it looks.

Seriously. The first thing I noticed about the X4 is its beautiful, shiny body. This highly reflective aesthetic seems to be the flavor of the year for smartphones (think: Sony'x XZ Premium and the LG V30), and so far I'm into it. The eye-catching sheen attracts fingerprints, though, and I frequently had to wipe down the handset during my preview. I also liked the X4's gentle curves, which made it easy to maneuver.

That's not to say the device is an unwieldy size. With a 5.2-inch full HD display, the X4 is manageable. The screen's 424 ppi pixel density also helped make graphics on the phone's Android 7.1 Nougat interface look rich and crisp. 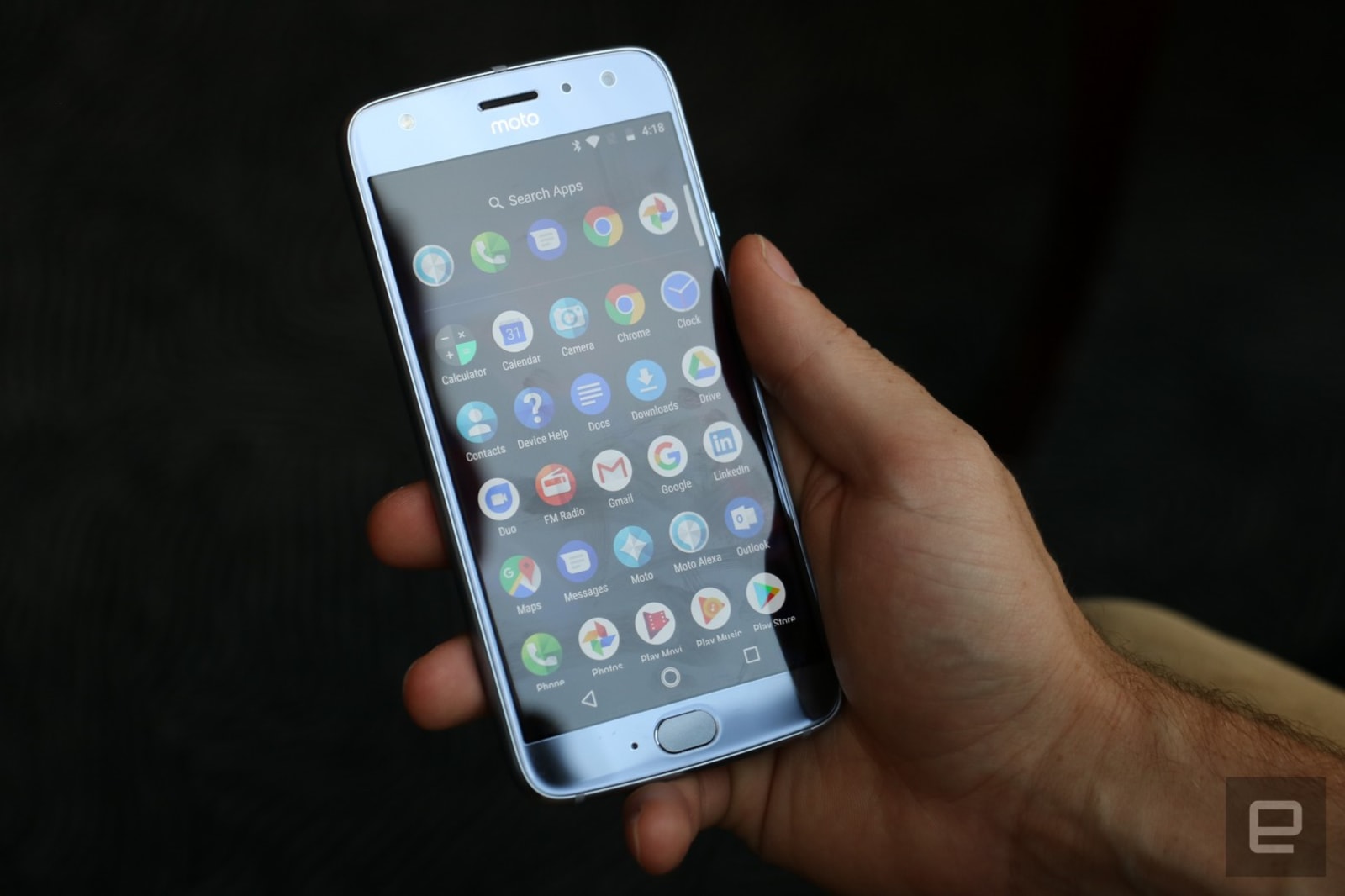 A nice display is an important basic to nail, but the X4 also has plenty of bonus features even at this price. The most interesting of these is the new dual cameras setup on the rear. Like most other phones with a pair of lenses, the X4 can create an artificial depth-of-field effect that blurs out the background to highlight your subject. Moto uses a 12-megapixel f/2.0 sensor in tandem with an 8-megapixel wide-angle version in the X4. However, in my short time testing the new phone, I found this software, which Moto calls "Depth Mode," somewhat odd.

Like the Galaxy Note 8, the X4 allows you to see the blurred effect as you frame your shot in the viewfinder and adjust the intensity before you snap. But while Samsung lets you tweak the amount of blur after shooting, Moto doesn't. 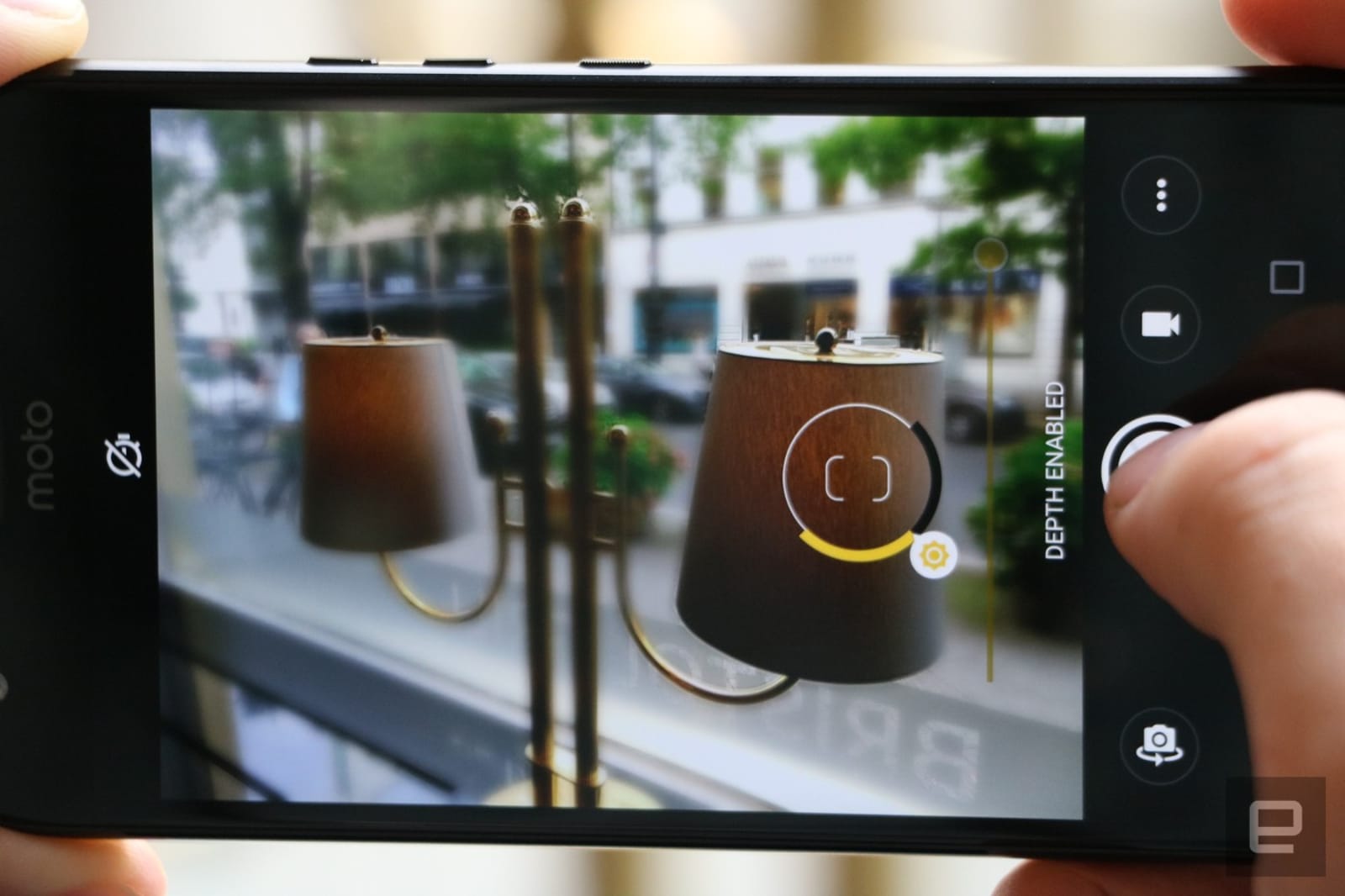 That would be a small issue if not for the fact that the depth-of-field effect doesn't appear to be very accurate in the viewfinder — the blur seems to be a little haphazard. But when I looked at the image afterward, the coffee cup that I focused on was crisp, while all the background around it was hazy. The X4 was great at identifying object outlines, but the contrast between the sharp and blurred-out areas of the photo was so stark that the overall effect was disorienting.

Moto told us that the software we were testing is still an early version and that it will likely be updated before the phone ships to consumers. 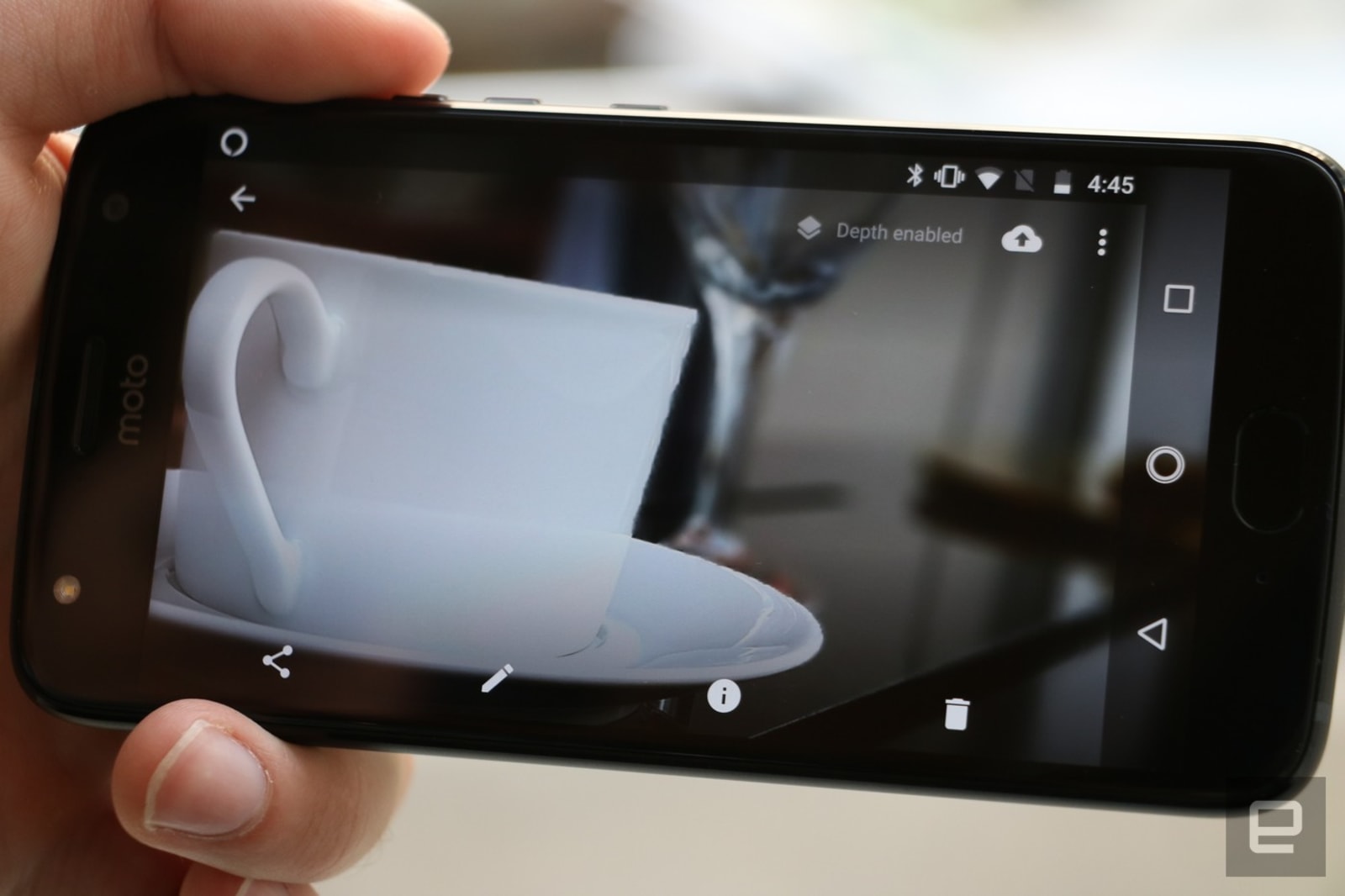 A couple of other new camera features for the X4 include a Panoramic Selfie for the 16-megapixel front camera, which lets you tilt your phone around to take a wider portrait, as well as a "Landmark Detection" tool that helps you identify places of interest around you. I didn't get to try out the latter, but the wide selfies I shot were surprisingly clear. I couldn't tell where they were stitched together even upon zooming in to the photo. Neither of these two is a particularly novel update for smartphones, though. Selfie panoramas have appeared on a few other phones, while many third-party AR apps can already recognize landmarks and give you more information about them.

One more distinguishing feature for the X4 is its integration of Amazon Alexa. Like the HTC U11, the Moto X4 lets you talk to Alexa without having to first launch an app or press a button. You can also talk to Amazon's assistant even when the X4 is locked, and the system will recognize your voice before responding. A Moto rep asked Alexa for the weather on her X4 without waking it from sleep, and it responded quickly. You can't use Alexa to change things on the handset like display brightness or audio volume, though, since Google Assistant will still be the main controller of those settings. It's mostly nifty to have Alexa on the X4 to read audiobooks to you or to control smart home devices that still don't work with Assistant. 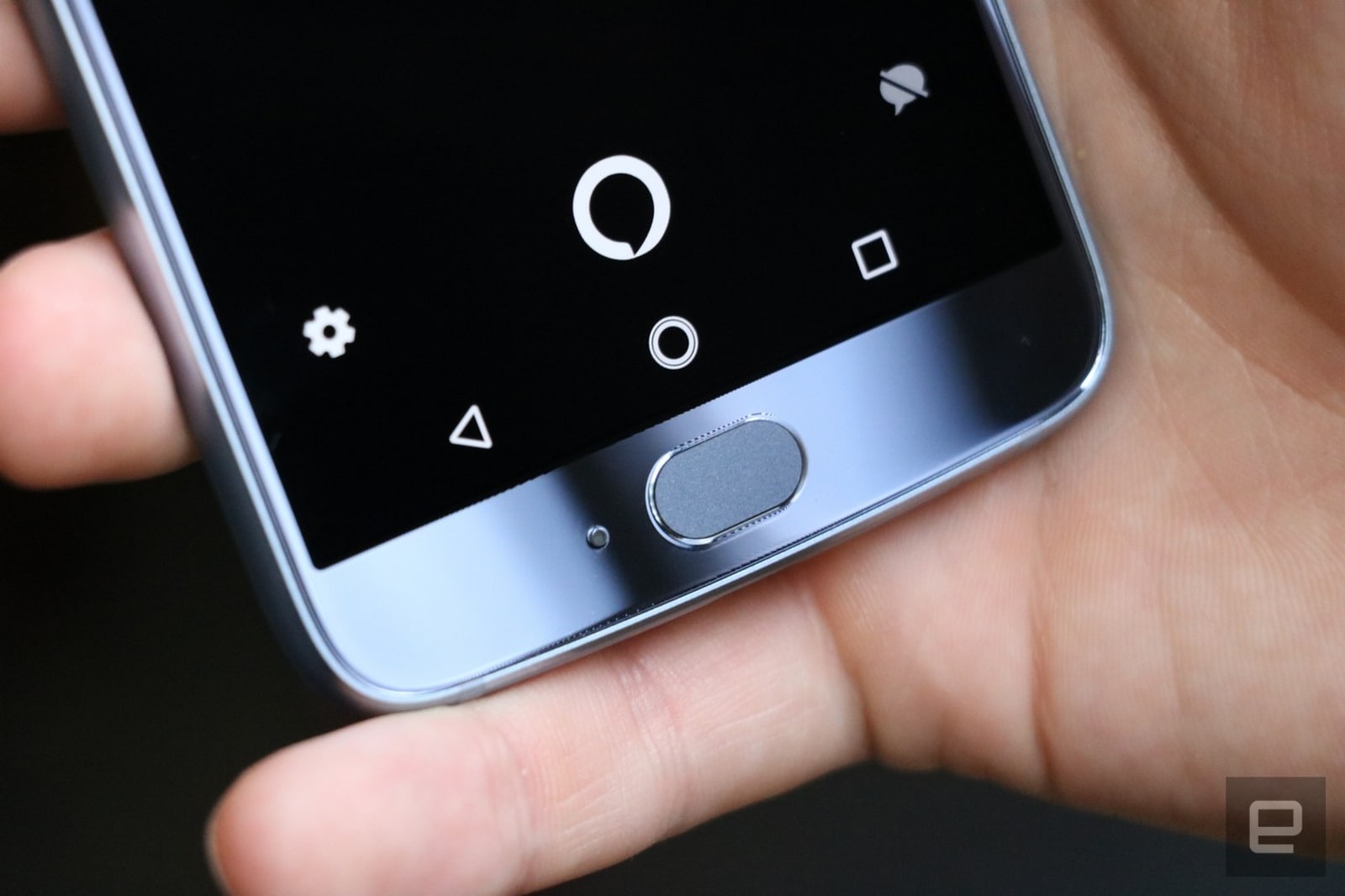 The rest of the phone's specs are reasonable for the price. The X4 runs on a Snapdragon 630 processor with 3GB or 4GB of RAM (depending on the region) and packs a 3,000mAh battery in its IP68 water-resistant body. It also supports Bluetooth 5.0, and uses technology that Moto says allows the X4 to connect to up to four Bluetooth devices at once. Fans of Moto's Maker customization service will probably be disappointed though — the X4 won't have personalization options.

Although we don't yet know how much the phone will cost when it arrives in the US (and it's coming), it is likely to be in the same range as its European counterpart. If that's true, the combination of a rich display, elegant body and capable cameras (albeit with some finicky software) for the sub-$400 price makes this a compelling proposition.