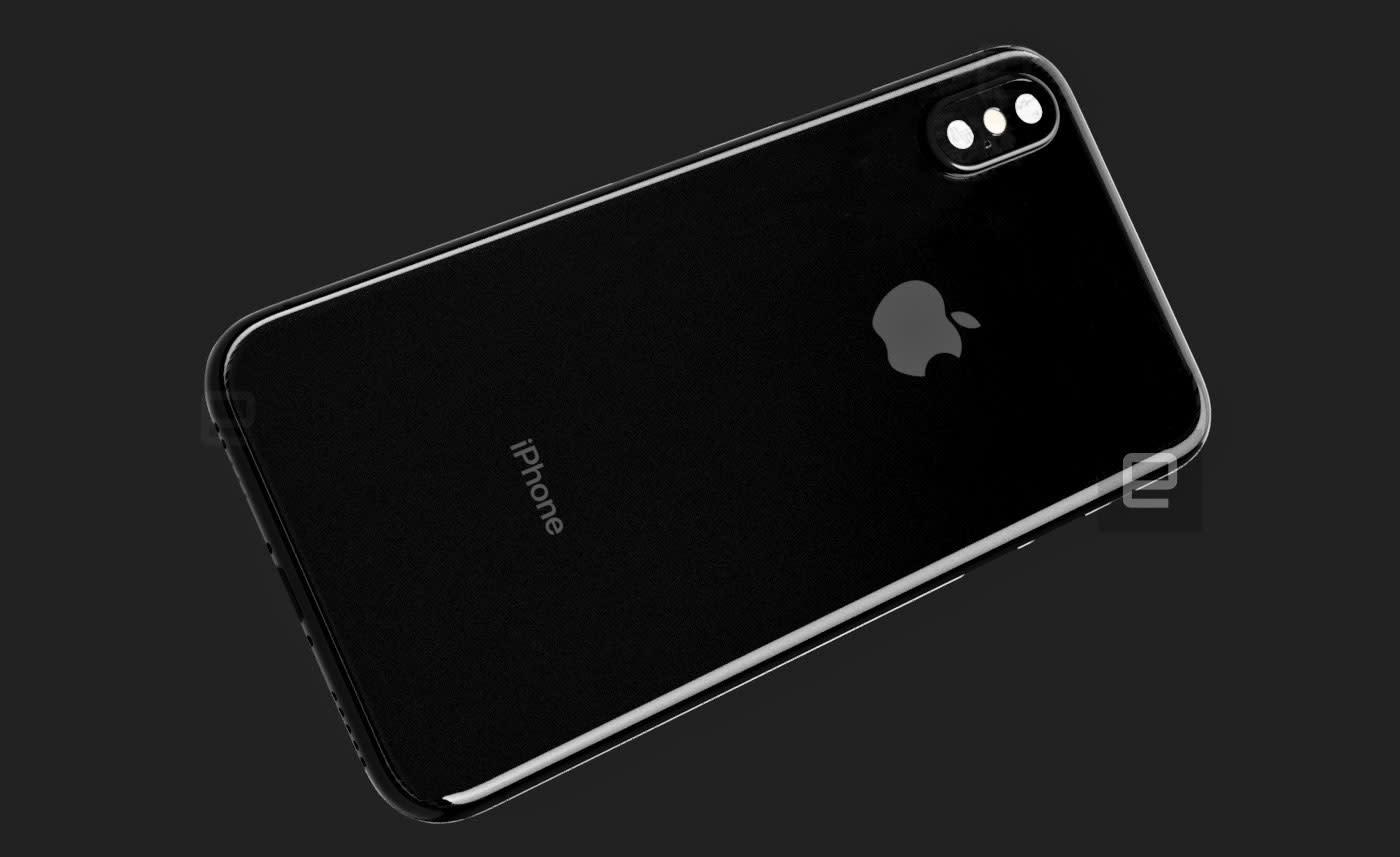 The folks over at Bloomberg got their hands on some images of the next iPhone as well as some information from people familiar with the new model. Some of the features confirmed in their report were already known or at least heavily suspected, but there are also some new details about how the phone will function without the home button.

As has been reported before, the images viewed by Bloomberg show that the iPhone 8 will have thin bezels and a larger screen than the iPhone 7. It's also going to have a facial recognition sensor that, along with the earpiece and front-facing camera, will be contained in a cutout at the top of the screen. Some other physical details include rounded edges for the screen, a longer power button, a glass front and back and stainless steel edges with antenna cuts on the corners. The app dock is also getting a redesign and looks a lot like the iPad iOS 11 dock, according to Bloomberg.

But one of the bigger changes -- the removal of the home button that's been a part of the phone for a decade -- comes with some tweaks to how users will access the features that the home button has brought them to in the past. Now, what was once the home button's function is going the way of the iPad and Apple's laptop trackpads. Gesture controls will now bring you to the main app grid and show you which apps are open. The bottom of the screen will host a software bar that can be dragged upwards to open the phone and also to get to the multitasking interface once the phone is unlocked.

The new iPhone is expected to launch on September 12th alongside the 7s and 7s Plus models.