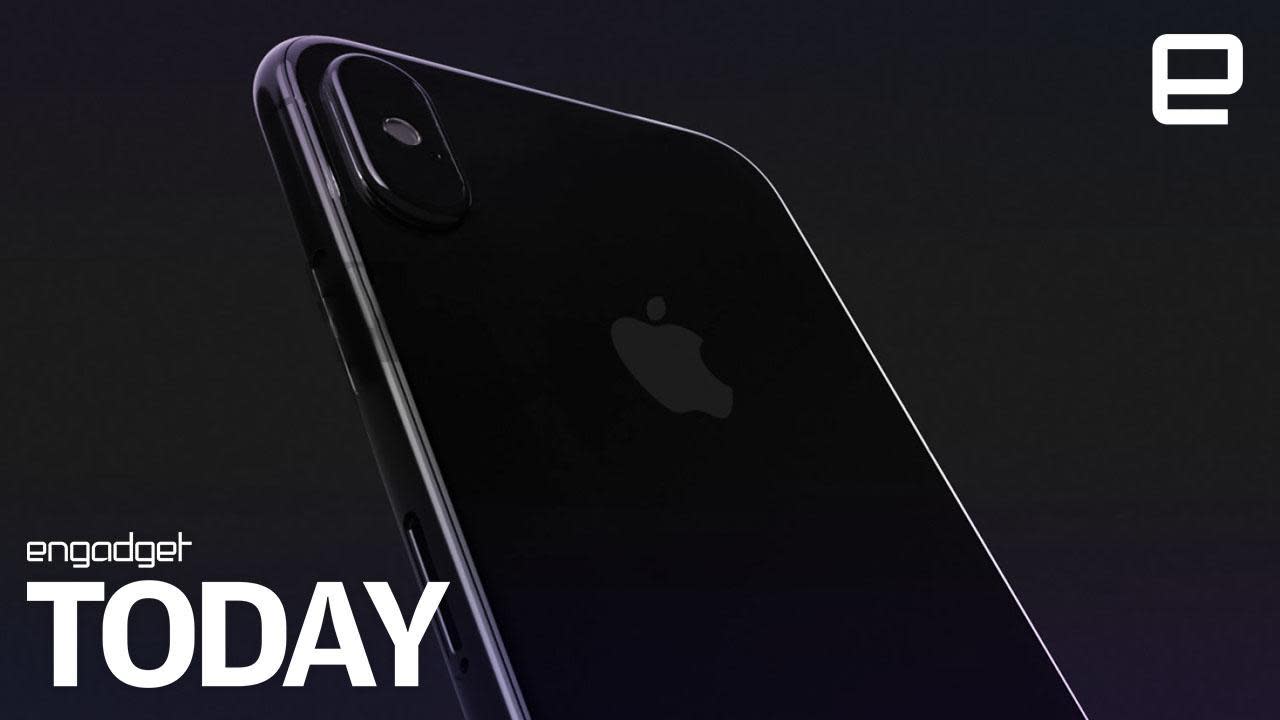 Apple's latest secret leak was from its own documentation -- and it's given plenty for developers to chew over. The latest code snippets shared by Guilherme Rambo and Steve Troughton-Smith offer all kinds of tantalising details that may (almost certainly) come with that new iPhone -- whichever model that may be. Not only are there further suggestions that the physical Home button will be ditched, but according to Troughton-Smith, some pointers inside the firmware for Apple's incoming HomePod suggest that a new iPhone could have a screen with a resolution far beyond that found existing models, as well as mentions of facial expression detection.

Snippets of code suggest that the new iPhone could have a screen with a 1,125 x 2,436 resolution. Compare that against the existing iPhone 7 ( 1334 x 750), and it illustrates the jump in pixels; over three times the resolution of the "Retina' iPhone 4. If this does happen, it would also bring iPhone screens closer in line with its biggest rival, Samsung's Galaxy S8 and its 2,960 x 1,400 display.

The Home button may live on, but not as we know it. Inside the leaked firmware, there's a value for whether a device has a Home button or not: for this new mystery device, a "0" means it does not, while other code unearthed suggest that a "home indicator" is how Apple will tag its virtual home button of the future -- one that might not always appear when using the entire screen, like watching video or playing games. A tap-to-wake feature, already found on the Apple Watch, is also likely to make an appearance.

While we've already heard about an infra-red based face unlock function, Apple appears to be adding even deeper functions to it front-facing sensors. An array of facial expression tags suggest that cameras could be registering your mouth positioning, while elsewhere "attention detection" suggests the iPhone will know if you're focused elsewhere. (Samsung and other Android phone makers attempted to do this with eye detection years ago, but it was heavily dependent on decent lighting to ensure phones could see your eyes.)

The company's augmented reality efforts (its next big thing) will be bolstered by new functions, including a "face anchor" that will presumably help with those face-changing filters we're all familiar with... and hopefully something a little more meatier later down the line. It rounds out a pretty interesting glimpse of what might be going on inside Apple's next phone -- even if the company doesn't like how it all came to light.

In this article: aoloriginals, apple, biometrics, dailyshow, Engadget, EngadgetToday, engadgetvideo, entertainment, FacialExpressions, facialrecognition, firmware, gear, homebutton, homepod, iPhone, iphone8, leak, mobile, newiphone, RobertoBaldwin, software, SteveTroughton-smith
All products recommended by Engadget are selected by our editorial team, independent of our parent company. Some of our stories include affiliate links. If you buy something through one of these links, we may earn an affiliate commission.