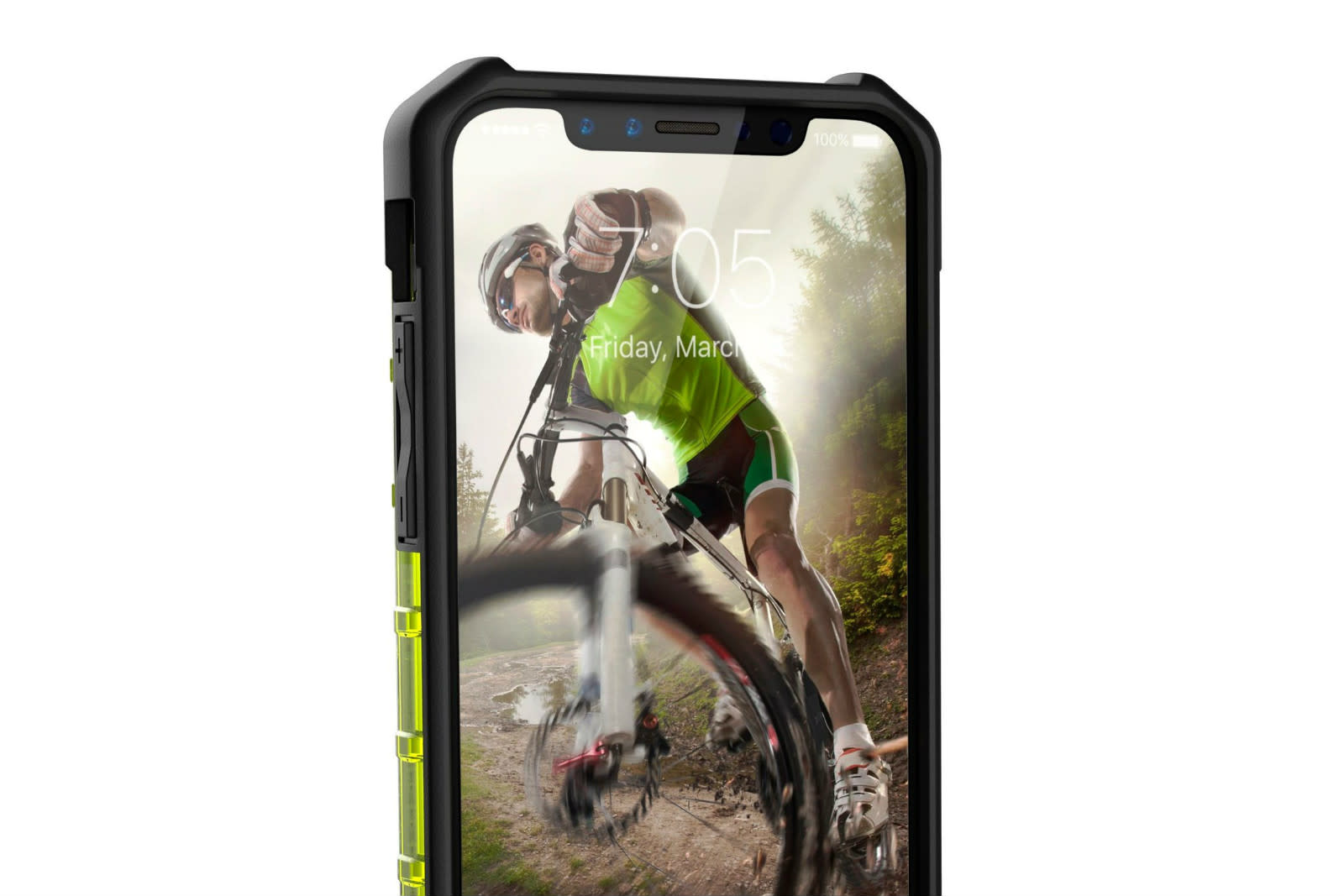 Much of the recent talk surrounding the iPhone 8 has focussed on its hardware. Now, courtesy of a new leak, we can go back to speculating its design. The latest image -- via the web's resident handset leaker Evan Blass -- indicates Apple's next flagship will be mostly screen, and very little bezel.

The render shows the new iPhone within a neon yellow case, much like the Urban Armor Gear shell for the iPhone 7. Unlike the exclusive leaks Engadget obtained in May, the latest image is just of the front of the phone. It suggests the top of the phone will have a notch for the dual camera sensors and central earpiece -- the rest of the front will be taken up by the phone's display. As usual, it's best to greet this latest render with a dash of skepticism. For starters, the date on the iPhone is March, which indicates it could be a few months old.

If it does turn out to be accurate, however, that means Apple is following the screen-dominated designs spearheaded by Samsung, LG, and the Essential Phone. Blass also pointed out the similarities with Android co-founder Andy Rubin's device, going so far as to say he preferred the look of the Essential Phone. Rubin's former company, on the other hand, doesn't seem to be following the pack. The latest leaks of Google's upcoming Pixel phone suggest it won't cut down on its top and bottom bezels.

The new image should get fans talking as they anticipate the next iPhone's release. Your feelings will likely betray which camp you reside in: pro-, or anti-bezel.

In this article: apple, gear, iphone, iphone8, LeakedPhotos, mobile, render, smartphone
All products recommended by Engadget are selected by our editorial team, independent of our parent company. Some of our stories include affiliate links. If you buy something through one of these links, we may earn an affiliate commission.