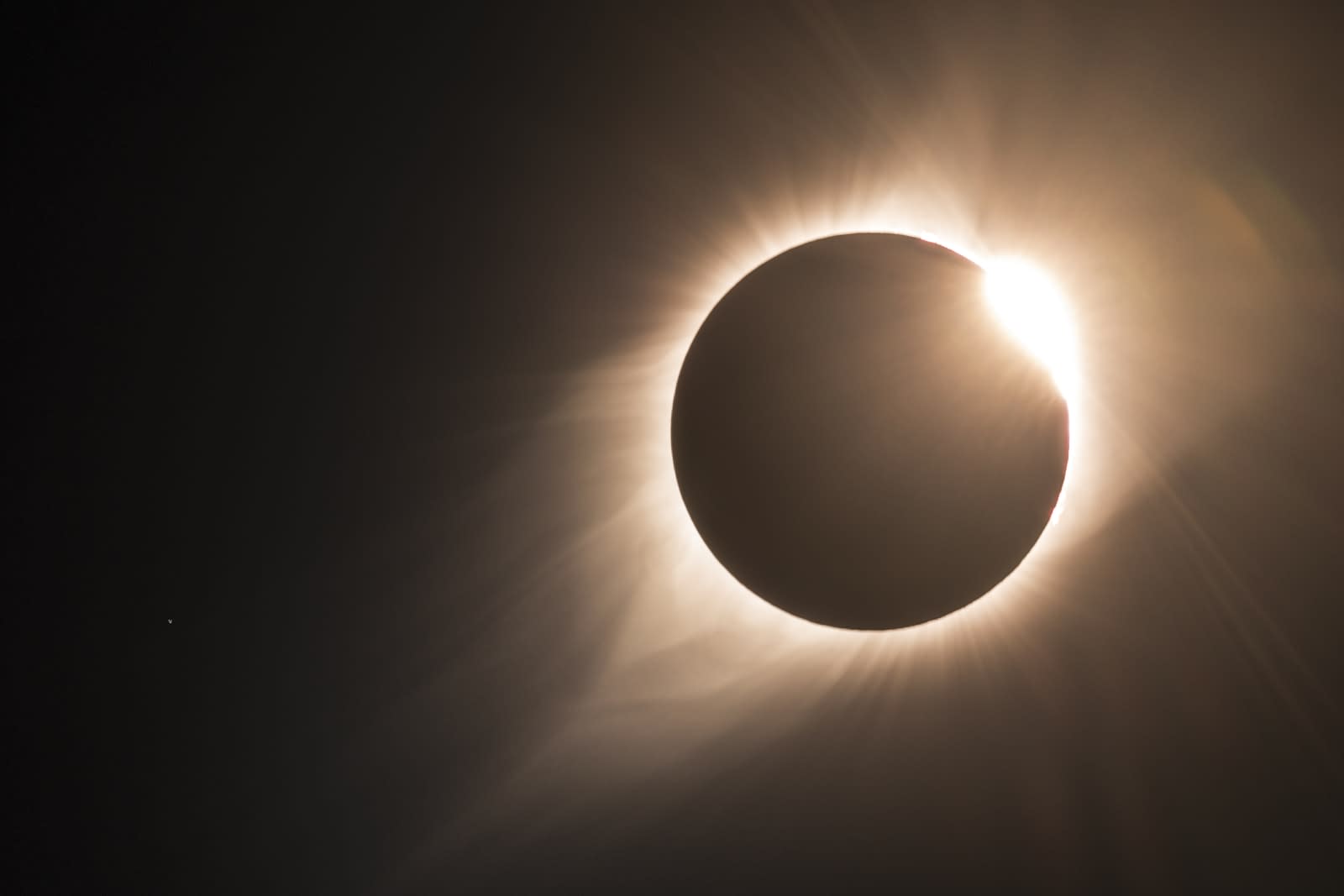 While scientists have been learning more and more about our solar system and the way things work, many of our Sun's mechanics still remain a mystery. In advance of the launch of the Parker Solar Probe, which will make contact with the Sun's outer atmosphere, however, scientists are foreshadowing what the spacecraft might see with new discoveries. In a paper published this week in The Astrophysical Journal, scientists detected structures within the Sun's corona, thanks to advanced image processing techniques and algorithms.

The question that this group of scientists, led by Craig DeForest from the Southwest Research Institute's branch in Boulder, Colorado, was trying to answer was in regard to the source of solar wind. "In deep space, the solar wind is turbulent and gusty," said DeForest in a release. "But how did it get that way? Did it leave the Sun smooth, and become turbulent as it crossed the solar system, or are the gusts telling us about the Sun itself?"

The answer lies in the outer corona of the Sun, where the solar wind originates. If the Sun causes the turbulence, then the outer corona itself should have some structure. Up until now, when scientists studied the outer corona, it appeared smooth and homogenous. The team used long-exposure images from the spacecraft STEREO-A that blocked out the star itself to look at this area. The problem was increasing the resolution of cameras that were already flying in space and couldn't be serviced.

The answer: Use algorithms in order to process the images in various ways to enhance the clarity. By filtering out the noise from background stars, correcting for how long the shutter was open during image capture and normalizing brightness, the team was able to improve the signal-to-noise ratio and produce clearer and crisper images. Additionally, the team ran an algorithm to reduce motion blur in real-time. They accomplished this by actually shifting their images to take the motion of the solar wind into account. "We smoothed, not just in space, not just in time, but in a moving coordinate system," DeForest said. "That allowed us to create motion blur that was determined not by the speed of the wind, but by how rapidly the features changed in the wind."

By taking these advanced steps, the team was able to determine that the Sun's outer corona does indeed have a physical structure. "When we removed as much noise as possible, we realized that the corona is structured, all the way down to the optical resolution of the instrument," DeForest said. Additionally, they also discovered that the Alfvén zone, or the area where material has traveled too far and too fast from the Sun to be recaptured, is less of clean boundary than scientists thought -- it's more of a "no man's land" zone than a clear surface.

And finally, scientists discovered that they were struggling with their image processing starting at 10 radii from the Sun. Further in, things aligned nicely. But something is happening at that distance that researchers don't yet understand, and it raises new questions about the nature of our Sun and what kind of physics are occurring there.

In this article: corona, nasa, parkersolarprobe, space, stereo, sun, tomorrow
All products recommended by Engadget are selected by our editorial team, independent of our parent company. Some of our stories include affiliate links. If you buy something through one of these links, we may earn an affiliate commission.