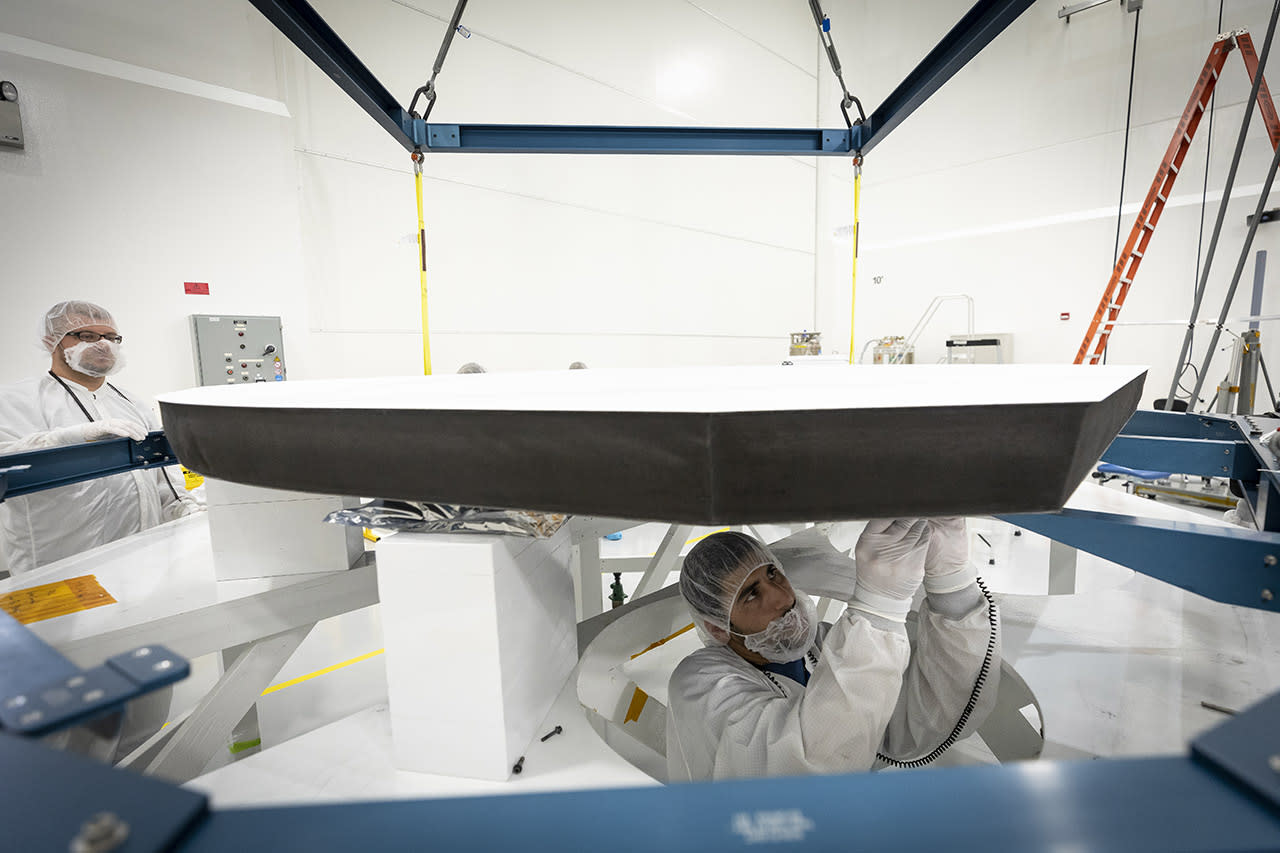 NASA's sun-bound Parker Solar Probe was already set to fare better than Icarus, but it just got some serious fortification. The space agency has announced that the vessel has been fitted with an eight-foot Thermal Protection Shield that will be exposed to temperatures of up to 2,500 degrees Fahrenheit when the probe flirts with the hottest star in our solar system in late 2024.

Crucially, it'll be a balmy 85F on the inside of the spacecraft -- which is where the instruments that'll gather data on the corona (the outermost layer of the sun's atmosphere) are found. In contrast, the heat shield will be sprayed with a white coating that's specially designed to reflect the sun's energy. At 160 pounds, the shield is a very lightweight structure made up of two panels and a 4.5-inch foam core that's 97 percent air. Due to its high speed travel -- the Parker Solar Probe will travel 430,000 miles per hour, which NASA says is fast enough to zip you from Philadelphia to Washington in one second flat -- a lithe body is necessary to achieve the required orbit.

The Parker Solar Probe will lift off on August 4th. Its journey represents a momentous conclusion to a 60 year mission to fly closer to the sun -- and at four million miles away, that's closer than ever before.

In this article: nasa, parkersolarprobe, probe, space, thermalprotectionshield, tomorrow
All products recommended by Engadget are selected by our editorial team, independent of our parent company. Some of our stories include affiliate links. If you buy something through one of these links, we may earn an affiliate commission.