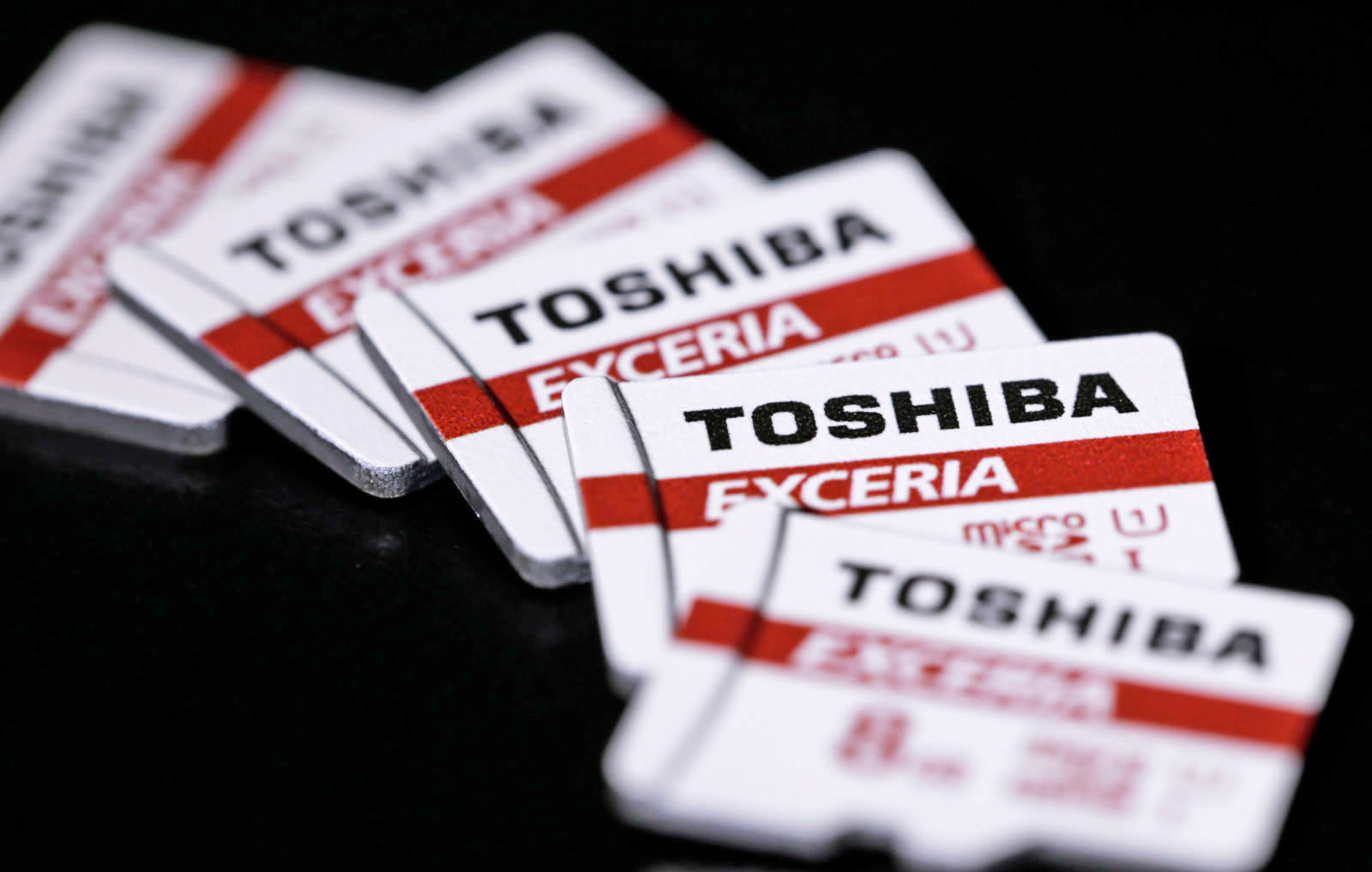 Toshiba has started building prototype sample flash memory with the highest capacity yet, 1.33 terabits (166GB) per chip. The 96-layer 3D NAND flash chips have four bits per cell, as compared to its current-gen three-bit tech, which allowed for chips with "only" 32GB. A typical package for flash storage, containing 16 of the chips, would have an astonishing 2.66 TB capacity, opening up new possibilities for faster, higher density SSDs and memory cards.

Western Digital said it expects to start shipping consumer SanDisk products using the chips later this year. The firm still has a partnership with Tohiba despite the latter's acquisition by Bain Capital, a consortium that includes Apple, Dell, Seagate and Kingston.

Despite constantly improving NAND flash tech, prices for SSDs and memory cards had been rising until recently because of a shortage of chips. They're reportedly falling again because of lower demand for PCs, smartphones and cryto-mining equipment. That's great news for consumers, so hopefully Toshiba's new higher-capacity, faster chips will keep that trend going.

In this article: 96-layer, BiCS, Chips, Flash, mobile, personal computing, personalcomputing, Sample, Storage, Toshiba, WesternDigital
All products recommended by Engadget are selected by our editorial team, independent of our parent company. Some of our stories include affiliate links. If you buy something through one of these links, we may earn an affiliate commission.