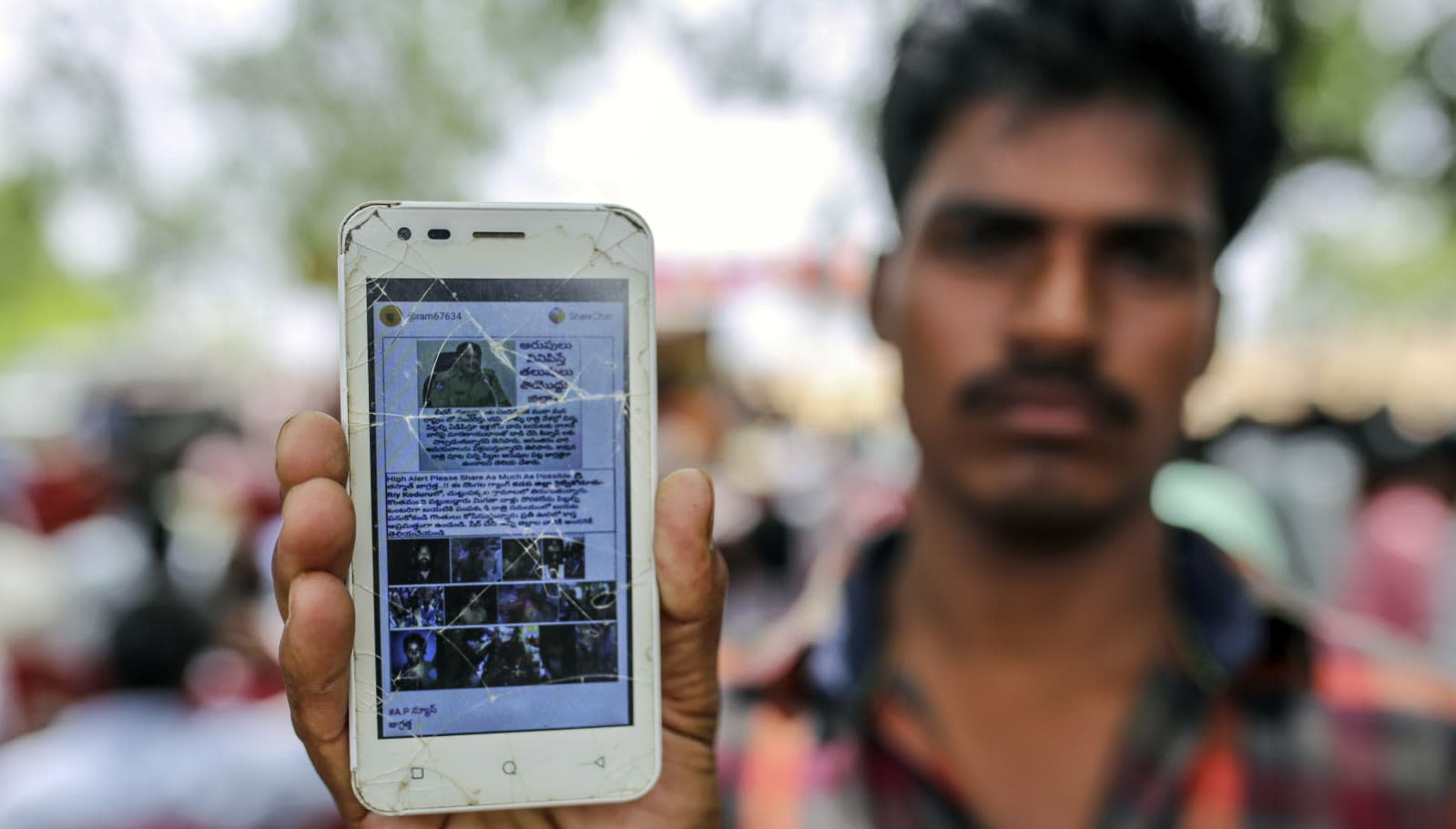 While parent company Facebook shifts policies on how to handle content that it said can lead to violence, WhatsApp is also in a state of change. A blog post describes how it's limiting the ability to forward messages to multiple chats at once, apparently in hopes that it will slow the spread of hoaxes and misinformation that have incited recent lynchings in India. Previously users could forward to over 250 people at once, and now the limit globally has been reduced to 20. In India, it will be restricted to five, and a "quick forward" button next to media messages will be removed.

The company called these changes a "test," while a spokesperson said to Recode that "We're horrified by the violence in India, and we've announced number of different product changes to help address these issues." WhatsApp already shifted to labeling forwarded messages, it recently started funding research into the problem and now it's making another attempt to put the brakes on. TechCrunch points out a report from The Economic Times that WhatsApp execs have met with India's election commission and plan to bring over the news verification model recently used in Mexico.

In this article: chat, encrypted, facebook, forwarding, gear, india, politics, services, whatsapp
All products recommended by Engadget are selected by our editorial team, independent of our parent company. Some of our stories include affiliate links. If you buy something through one of these links, we may earn an affiliate commission.