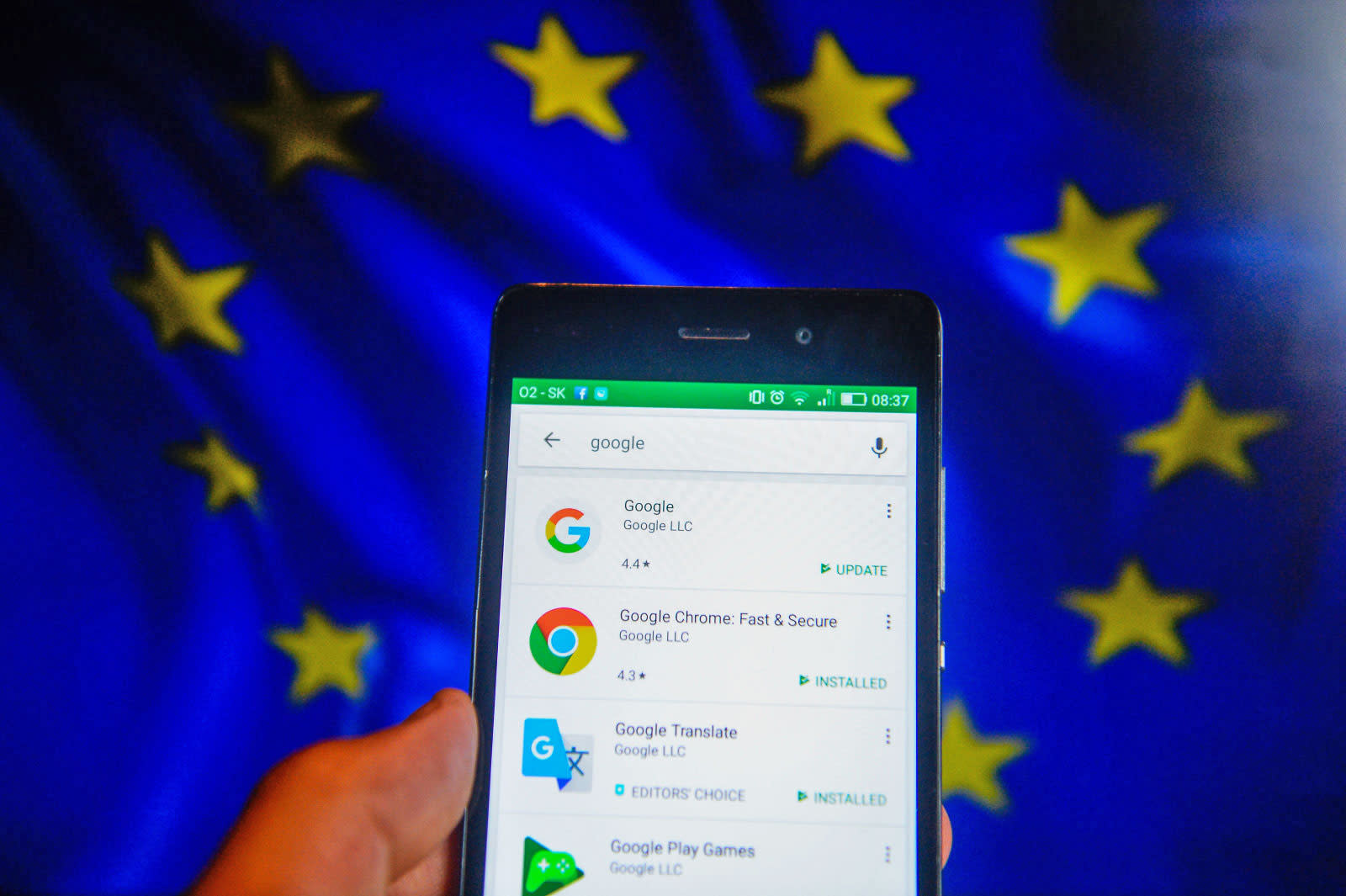 The European Union may have characterized its $5 billion Android antitrust fine as punishment for an intransigent Google, but the practical reality might be different. Bloomberg sources have claimed that Google offered to make changes to its Android policies in August 2017, not long after it received an EU antitrust penalty for its product search practices. Although Google didn't dive into specifics, it had offered to "loosen restrictions" in Android contracts and had considered distributing its apps in "two different ways."

The EU wasn't having it, according to the sources. Officials reportedly said only that a settlement was "no longer an option," and that Google's offer was "too little too late." It couldn't even mention the possibility of paying a fine as part of an agreement -- regulators had effectively locked in their course of action. Google had tried to talk about ending the probe considerably earlier than that, according to the tipsters, but regulators supposedly either stonewalled or said it was too early to negotiate. If so, there may have only been a brief window of opportunity for a truce.

The revelations, if accurate, ultimately leave Google in the same boat: it's now facing a giant fine and significant changes to its mobile strategy if its appeal doesn't succeed. They do suggest that the penalty wasn't inevitable, though, and that Google might well have implemented Russia-style changes months sooner if the EU had wanted to bend.

In this article: android, antitrust, eu, europeanunion, gear, google, mobile, politics, regulation, smartphone, TL18ANTI
All products recommended by Engadget are selected by our editorial team, independent of our parent company. Some of our stories include affiliate links. If you buy something through one of these links, we may earn an affiliate commission.