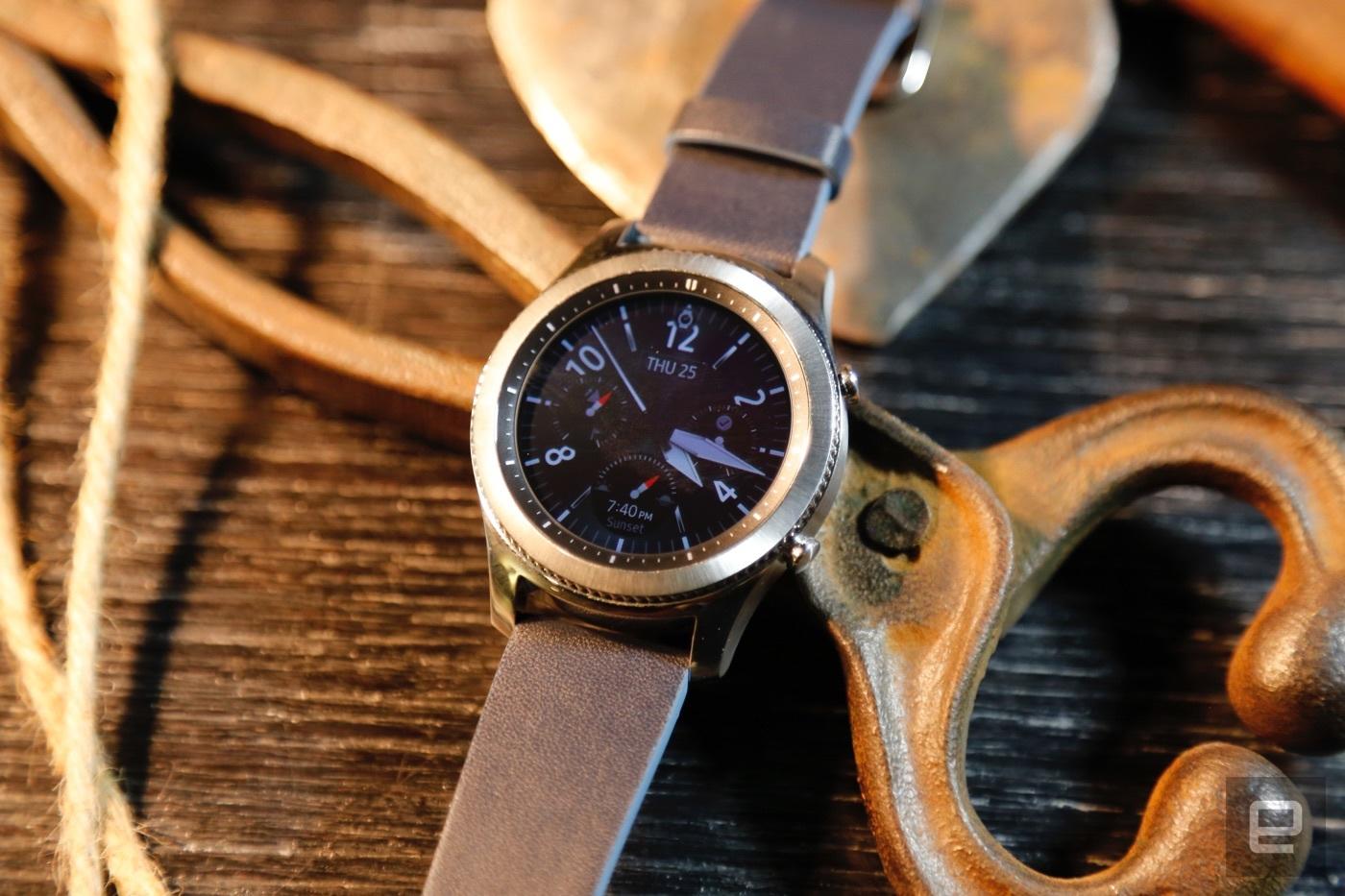 Samsung has dropped multiple hints that the Galaxy Watch is on the way. If there was any doubt that the likely Gear S3 successor is on the way, however, the company just removed it: CNET and Twitter user @sugabeticme have discovered a product listing for the Galaxy Watch (since pulled) on Samsung's own site. The link took visitors to a dead page, but it showed both an image of the watch and revealed that there would be 42mm and rose gold case options.

The design wouldn't be a radical departure for Samsung, at least based on the one available image -- it'd look somewhat like the Gear S3 Classic, at least in this particular variant. The mention of a Bluetooth model hints at cellular-equipped versions, although there's no guarantee they'll be available. It's not clear what the Galaxy Watch would offer over the Gear S3, for that matter.

Samsung is believed to be launching the Galaxy Watch alongside the Galaxy Note 9 on August 9th. Whether or not it's a good deal will depend on its functional upgrades and price. It could be a tempting option if it provides meaningful improvements over the S3 at a comparable price, but it may be a tougher sell if it's an evolutionary update or carries a significant premium.

In this article: galaxywatch, gear, mobile, samsung, smartwatch, tizen, wearable, wearables
All products recommended by Engadget are selected by our editorial team, independent of our parent company. Some of our stories include affiliate links. If you buy something through one of these links, we may earn an affiliate commission.