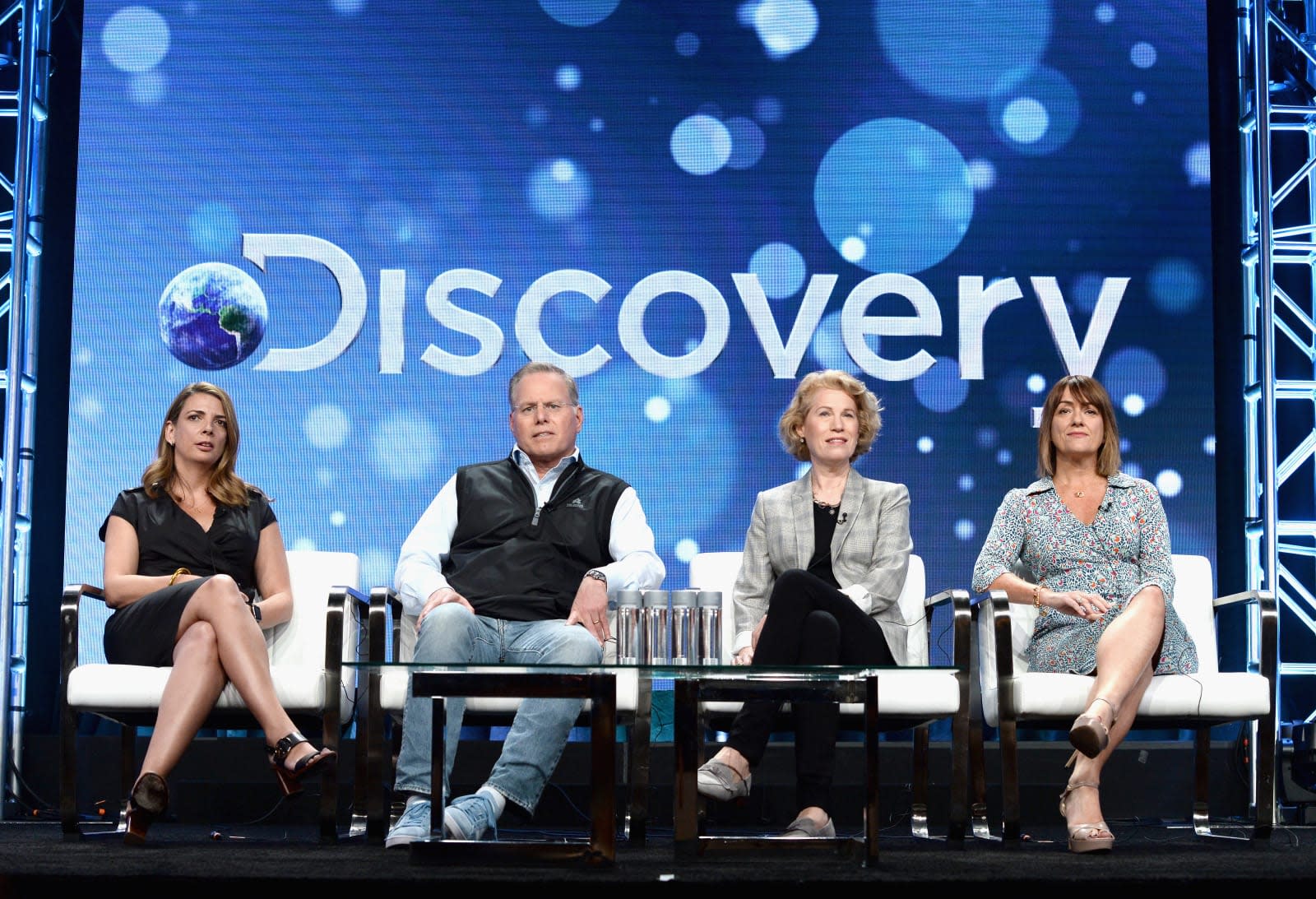 Discovery could launch its own streaming service. CEO David Zaslav (above) said that he's considering bundling the 17 channels his company picked up in last year's Scrips Networks Interactive acquisition into a service that'd cost between $5 and $8 per month.

Speaking at the Television Critics Association event in LA this week, Zaslav said there wasn't a timeline in place yet for the launch but seems confident that whenever it happens, it'll be a hit. AdWeek writes Zaslav boasted about his company's popularity among female viewers, for instance. Food Network, HGTV, ID and TLC are four of the top five cable networks amongst women, and as such Discovery Inc. has 22 - 25 percent of the female audience any night of the week -- pretty hard to ignore if you're an advertiser.

This is something Discovery has been working on for a long time. News of a potential streaming service first broke back in 2013, and since then it has launched a sports-free bundle with help from AMC and Viacom and completed the aforementioned Scripps merger. "We have a lot to learn, but we've been at it for four years," Zaslav said. "It's going to be a journey."

The question is if people will pony up for another streaming service on top of Amazon Prime Video, Hulu, HBO Go/Now and Netflix. Then again, for some the lure of nonstop Shark Week could be too hard to resist.

In this article: davidzaslav, discovery, entertainment, foodnetwork, hgtv, id, losangeles, services, sharkweek, tca2018, tlc
All products recommended by Engadget are selected by our editorial team, independent of our parent company. Some of our stories include affiliate links. If you buy something through one of these links, we may earn an affiliate commission.