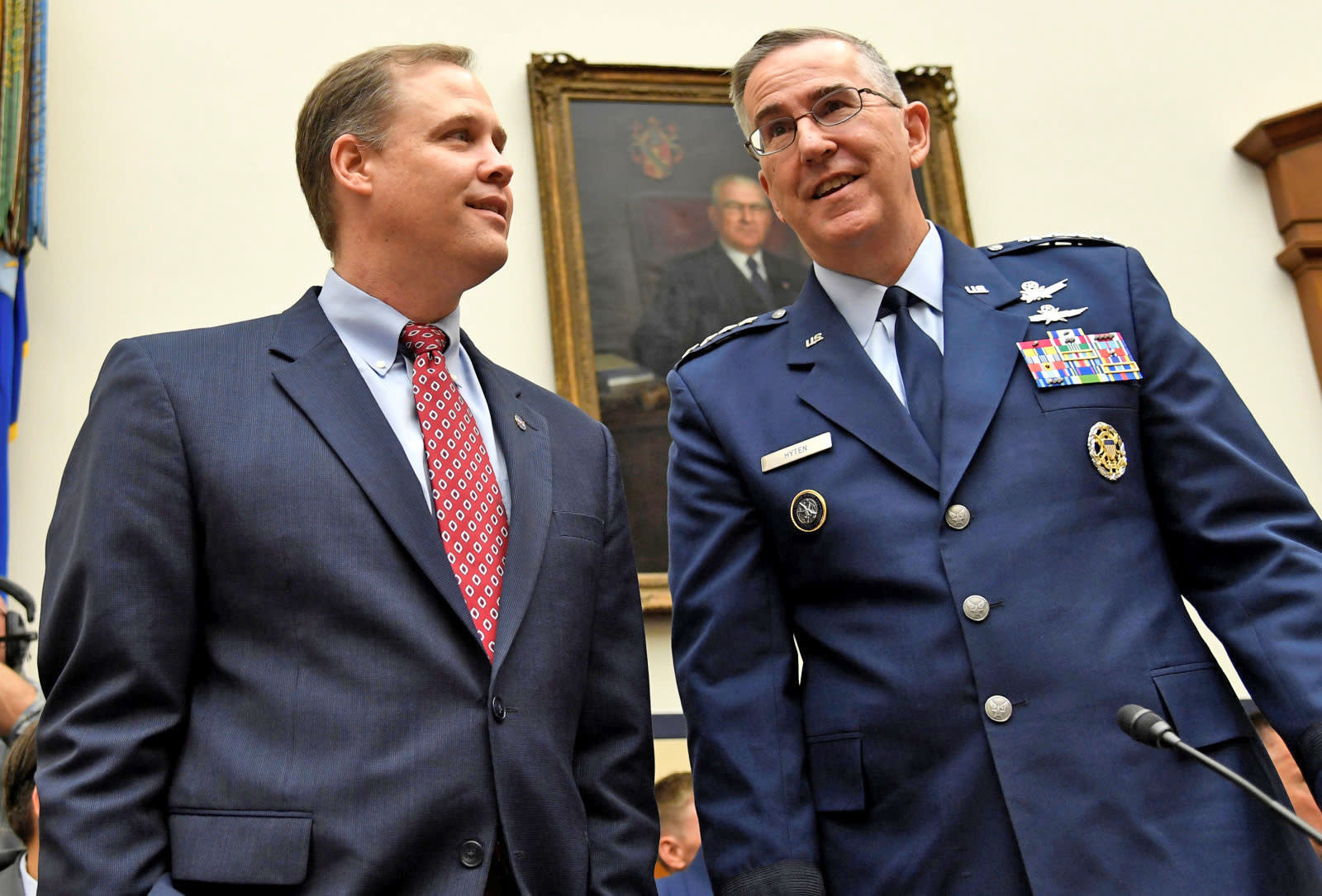 Congress is still a long way off from greenlighting Trump's proposed Space Force, but that isn't stopping the Pentagon from outlining plans for the new military branch. Defense One has obtained a leaked draft proposal that reveals some of the potential changes. The military would move quickly, creating a US Space Command by the end of 2018 that watches over space operations across the armed forces. The Pentagon would recommend that the leader of Air Force Space Command also head up this new division. Simultaneously, officials would establish a Space Operations Force that would include personnel (including civilians) from the whole military. It'd be ready quickly -- "space experts" would go to the European and Indo-Pacific Commands by summer 2019.

The proposal, crafted by Deputy Defense Secretary Patrick Shanahan, would also lead to a major overhaul in how the military buys, develops and launches satellites, including (surprise) a larger role for private space companies. A new Space Development Agency would gradually take over the acquisition processes that are currently handled by individual branches. As their existing programs wrapped up, their resources would shift toward the new agency.

There's no certainty that the proposal will stay as-is, let alone that it'll be accepted. There are practical concerns whether or not you like the idea. What happens to the Air Force's Space and Missile Systems Center, which handles the vast majority (about 85 percent) of the military's space budget? What about its other space-oriented locations? Shanahan's office describes the proposal as just "the start," but it's evident that some ideas would have to be fleshed out quickly.

Regardless, it may just be a matter of when the space unit is ready. Shanahan reportedly cut Air Force officials out of the review process, and the proposal has the support of NASA director Jim Bridenstine. Unless Congress shoots down the Space Force concept, any changes may be limited to the finer details.

In this article: donaldtrump, gear, military, politics, space, spacecommand, spaceforce, trump, warfare
All products recommended by Engadget are selected by our editorial team, independent of our parent company. Some of our stories include affiliate links. If you buy something through one of these links, we may earn an affiliate commission.