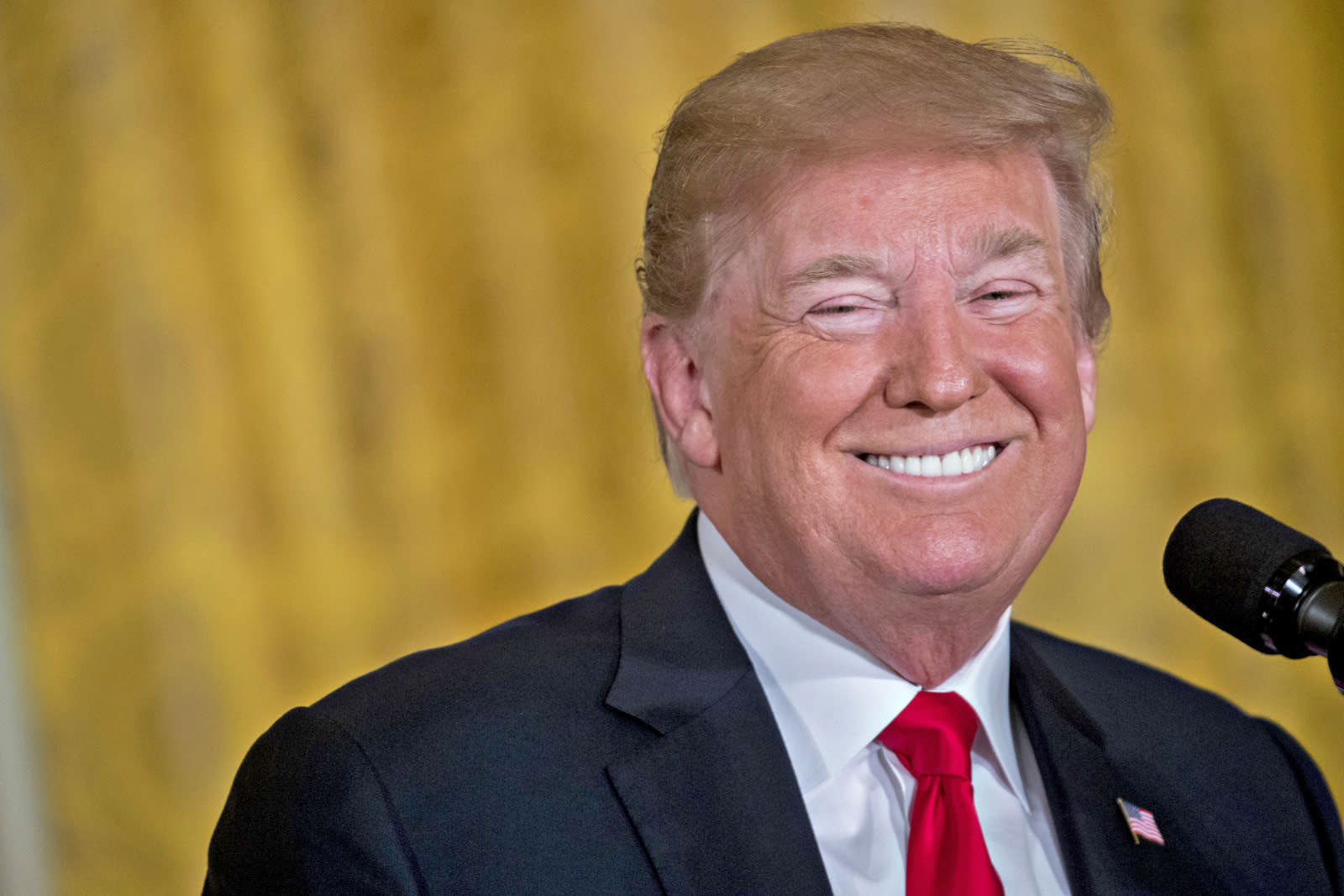 It looks like the US could have a sixth military branch sometime in the future, one focused entirely on space. President Trump said during a National Space Council meeting today that he has called for the development of a Space Force, CNBC reports. "I am hereby directing the Department of Defense and Pentagon to immediately begin the process necessary to establish a Space Force as the sixth branch of the armed forces," he said. "Our destiny beyond the Earth is not only a matter of national identity but a matter of national security."

Trump has mentioned the formation of a Space Force before, saying in March "space is a warfighting domain just like the land, air and sea." He admitted at the time that he initially floated the idea as a joke and then thought "what a great idea."

Congress took steps towards forming such a branch last year, but the idea was ultimately shot down. The House of Representatives included a "Space Corps" proposal in its version of the National Defense Authorization Act with the idea that it would sit within the Air Force much like the Marine Corps is housed within the Navy. However, many opposed the plan and it didn't make it into the final version of the bill. Both the Pentagon and the White House were among those against it and in October, Secretary of Defense James Mattis wrote letters to the House and Senate Armed Services Committees saying as much. "I oppose the creation of a new military service and additional organizational layers at a time when we are focused on reducing overhead and integrating joint warfighting functions," wrote Mattis.

If formed, a Space Force would join the Navy, Air Force, Marine Corps, Army and Coast Guard as a branch of the military. The Air Force currently has a Space Command division that oversees space-based military operations.

In this article: AirForce, DepartmentOfDefense, DonaldTrump, gear, military, NationalSpaceCouncil, pentagon, politics, security, space, spaceforce, tomorrow, hidden:vv_09x16:24f4afdf-b9a1-3571-b739-56de20f85a84
All products recommended by Engadget are selected by our editorial team, independent of our parent company. Some of our stories include affiliate links. If you buy something through one of these links, we may earn an affiliate commission.