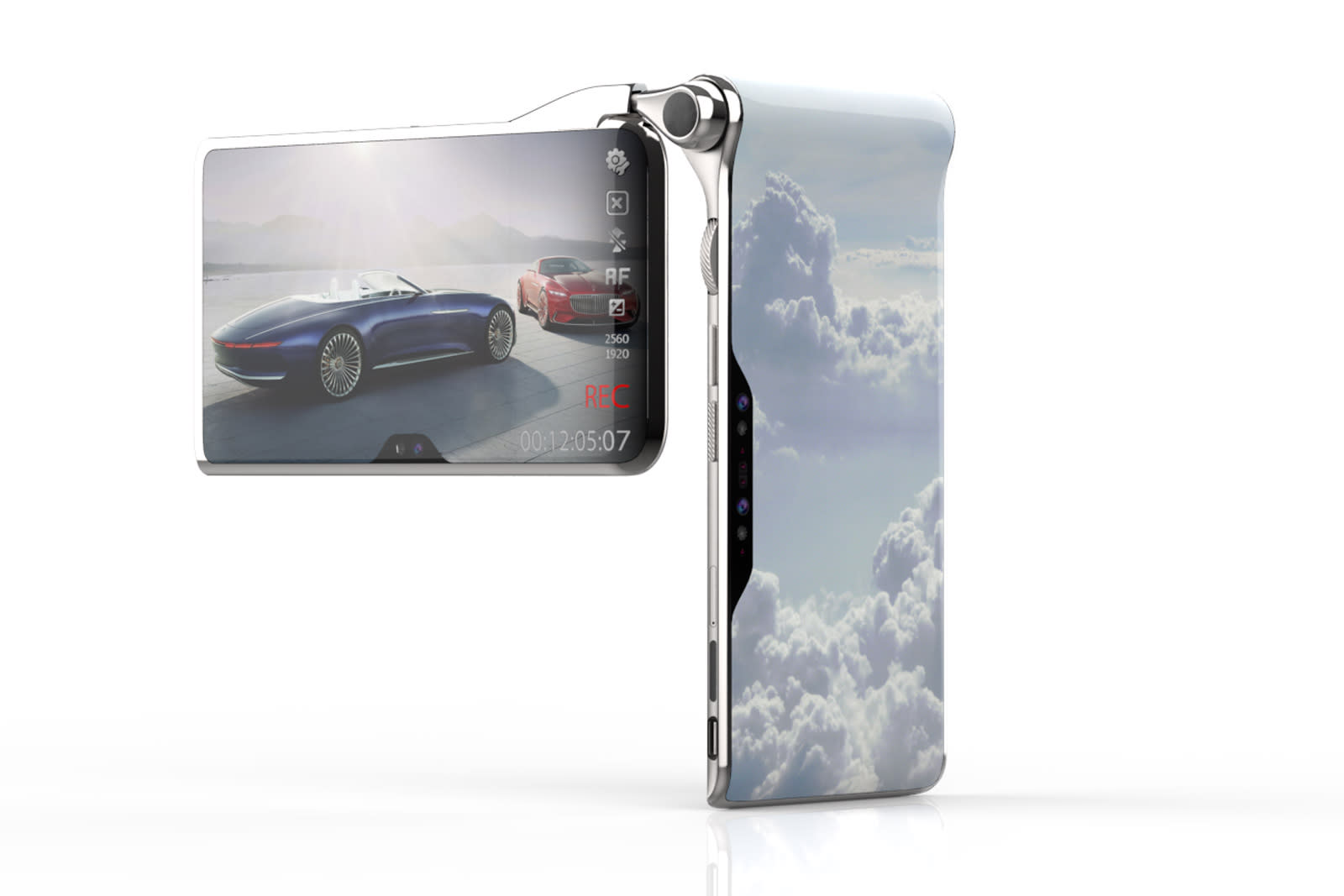 Turing may have gone bankrupt without shipping a single unit of its much-hyped smartphone, but that isn't stopping it from promising another handset. The company has unveiled the HubblePhone (yes, named after the space telescope), and it's even more outlandish than the first. The design would include dual display "decks," one of which would swivel out to help with video recording and similar tasks -- a good thing, too, since it would revolve around a 60-megapixel main camera tucked into a cylindrical section. There would even be notches on the displays with more cameras, including dual variable-aperture 12MP sensors and a depth camera on the main deck as well as a 12MP sensor on the upper deck. And that's just the start of the ambitious claims.

The hardware would supposedly run on the (still unannounced) Snapdragon 855 in each section, complete with separate batteries, and it would hop on the AI bandwagon. Turing is promising an "emotional machine-intelligence chip" that would provide a "next-gen mobile gaming experience" through mixed reality. You could even use lip reading to issue spoken commands without broadcasting your intentions, according to the company. And of course, you could expect wish-list features like 5G data and a scroll wheel.

You'd have to wait a while for the phone to ship, since it's not supposed to arrive until the first quarter of 2020 for a staggering $2,749 (how Turing calculated that price when some of its components don't even exist yet, we don't know). You might have to wait longer still depending on where you live, since Turing isn't guaranteeing some releases until June or later that year. We'll be honest, though: it will be surprising if this phone ever ships, let alone on time. Even if all the technology pans out, a lot can change in the space of a year and a half. We wouldn't count on those changes working out in Turing's favor, especially given its track record.

In this article: ai, gear, hubblephone, mobile, smartphone, tsi, turingroboticindustries, turingrobotics, turingspaceindustries, vaporware
All products recommended by Engadget are selected by our editorial team, independent of our parent company. Some of our stories include affiliate links. If you buy something through one of these links, we may earn an affiliate commission.