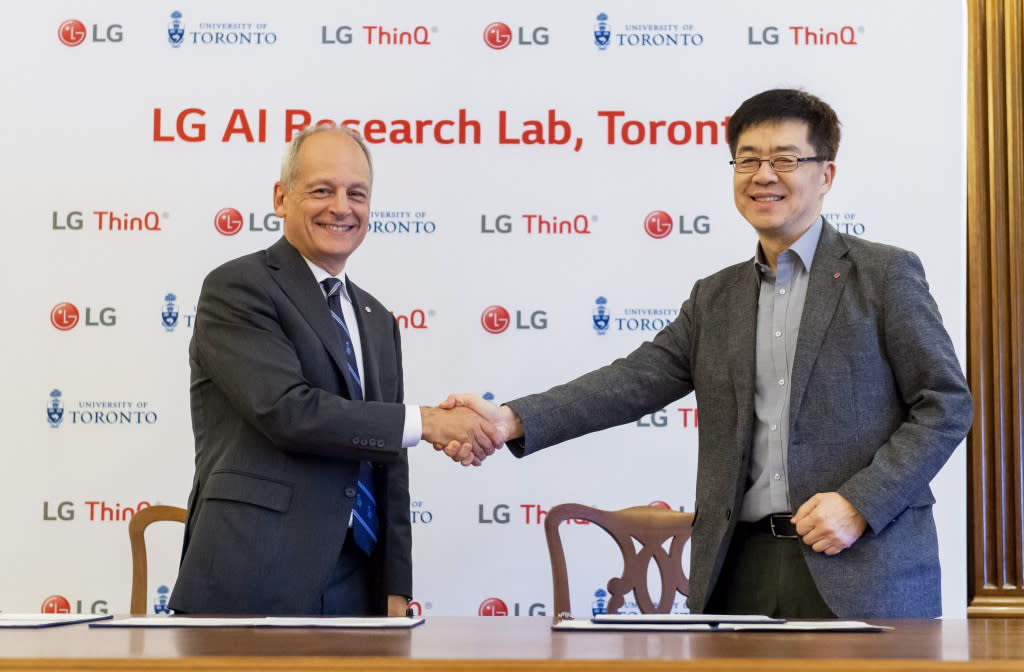 LG is investing in another North American facility to ensure that it can compete with its staunchest rivals when it comes to artificial intelligence. The Korean conglomerate has announced that it's opening an AI research lab in Toronto, Canada, which will serve as an extension of its AI facility in Silicon Valley. According to Bloomberg, LG plans to open the new lab's doors sometime this fall, and it will employ several dozen people under its five-year, multi-million partnership with the University of Toronto.

Chief Technology Officer I.P. Park told the publication that the company chose Toronto, because it's "pioneering in the area of deep learning" and the university is known for its expertise in the field. Toronto has become an AI hub in recent years -- tech giants like Google and Samsung already established their own research facilities in the city, and LG clearly wants to make sure it doesn't fall behind.

Park said LG's Toronto lab will focus on fundamental AI research to expand the conglomerate's AI ecosystem, but he did't elaborate further or name specific projects. The company launched ThinQ late last year, though, with the intention of releasing all its AI-powered appliances and devices under the sub-brand. Those products, along with LG's more experimental ventures, will definitely benefit from its research efforts.

The CTO said in a statement:

"AI will ultimately touch everybody's lives, transforming the way we live, work and play. Early implementations of AI in connected devices today are setting the stage for tomorrow's smart cities, smart homes, smart businesses and smart devices, all with capabilities that no one has even dreamed of yet."

In this article: AI, artificialintelligence, canada, gadgetry, gadgets, gear, lg, LGAIresearchlab, toronto
All products recommended by Engadget are selected by our editorial team, independent of our parent company. Some of our stories include affiliate links. If you buy something through one of these links, we may earn an affiliate commission.