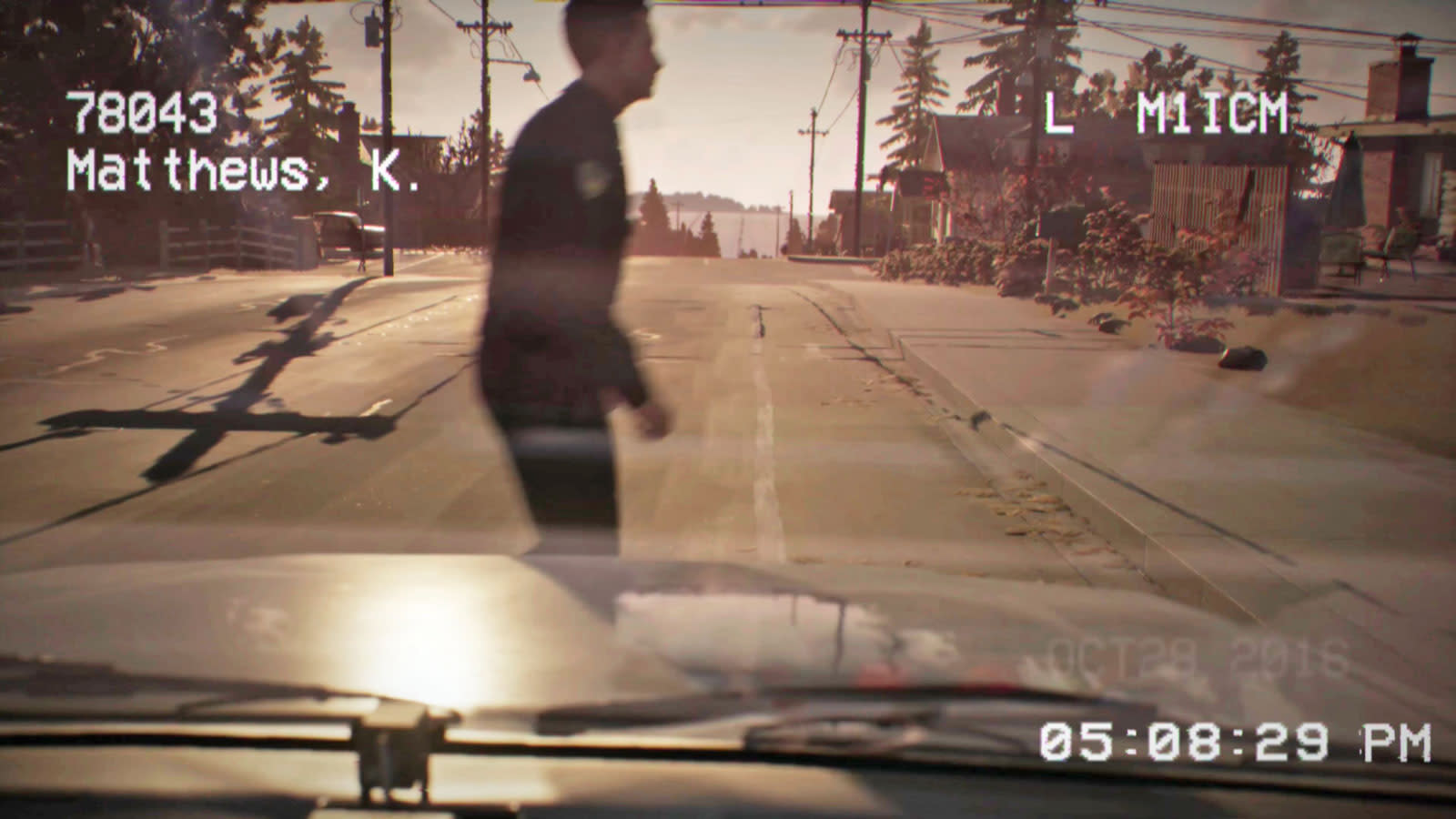 Now that Dontnod has set up some of the framework for Life is Strange 2 with The Awesome Adventures of Captain Spirit, it's ready to tease a bit of the game itself... and clearly, something's amiss. The brief clip shows a police officer responding to a "10-10" (fight in progress), only for someone or something to blast him backward with a mysterious power. It's not completely clear that this is connected to what we saw in Captain Spirit, but it's safe to say there isn't much of a link to the first game -- Dontnod has stressed that there's a new location and new characters. Still, that won't stop the endless speculation ahead of the full reveal at Gamescom on August 20th.

In this article: av, dontnod, games, gamescom2018, gaming, lifeisstrange2, personal computing, personalcomputing, teaser, video, videogames
All products recommended by Engadget are selected by our editorial team, independent of our parent company. Some of our stories include affiliate links. If you buy something through one of these links, we may earn an affiliate commission.