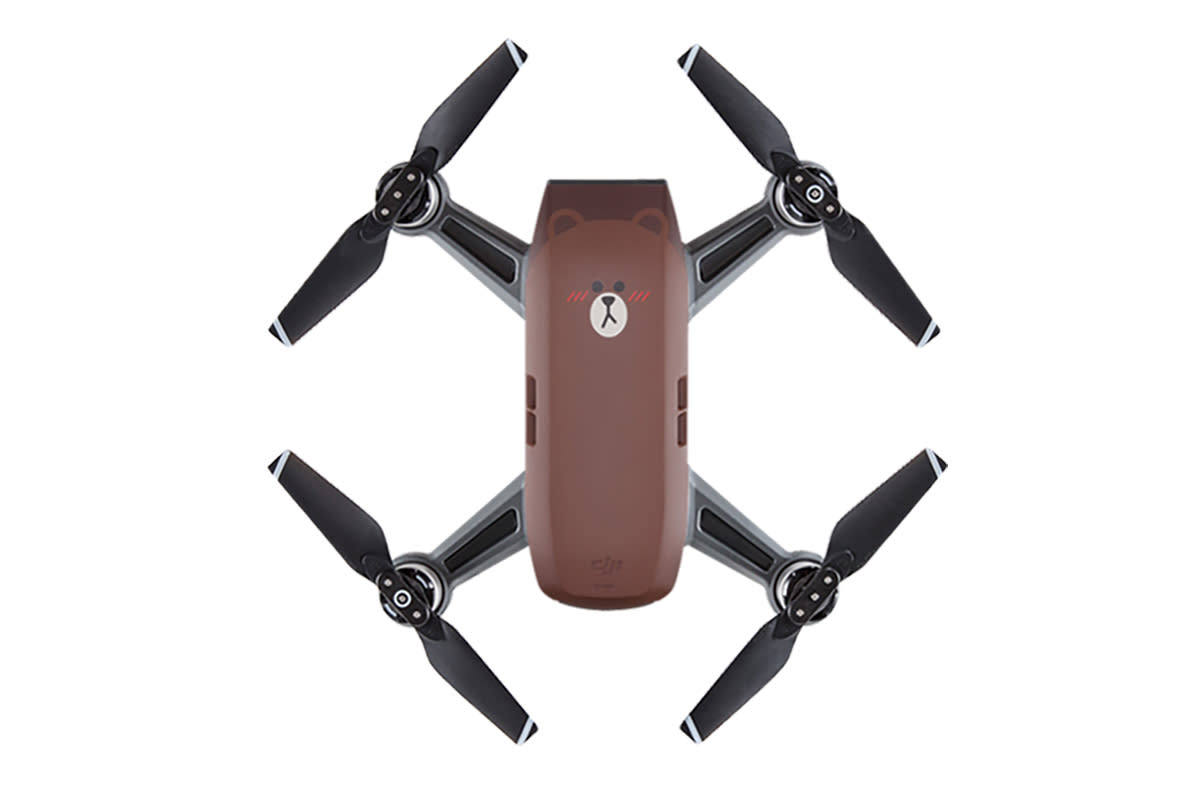 DJI apparently felt that its tiny Spark drone wasn't quite cute enough. The company has unveiled a version of the Spark that slaps Line Friends' extra-adorable Brown the bear on its back. The rationale? DJI believes the drone is becoming a "lifestyle accessory" -- it's something you might always carry with you, so you might as well have a quadcopter that echoes your style. We'd question that philosophy when you can't see Brown the moment you start using the drone, but it does beat the simple colored shells that usually pass for fashion in the drone world.

Apart from the ursine appearance, this is the same as the Spark you've come to know. You're looking at a compact, fixed-arm flying machine whose 12-megapixel camera shoots 1080p video with a two-axis gimbal. You also get gesture control, and it's enough of a power miser that you can charge it through micro USB.

Although Line is mostly popular in countries like Japan, DJI is launching this drone in the US -- it'll sell for $399 at both its website as well as its flagship stores, including its Times Square location. There's no mention of a specific release date. Let's be honest, though... if you like the thought of a drone themed around a cute bear, you're probably willing to wait a while to get your hands on it.

In this article: Bear, cameras, DJI, Drone, gear, LineFriends, robots, Spark
All products recommended by Engadget are selected by our editorial team, independent of our parent company. Some of our stories include affiliate links. If you buy something through one of these links, we may earn an affiliate commission.