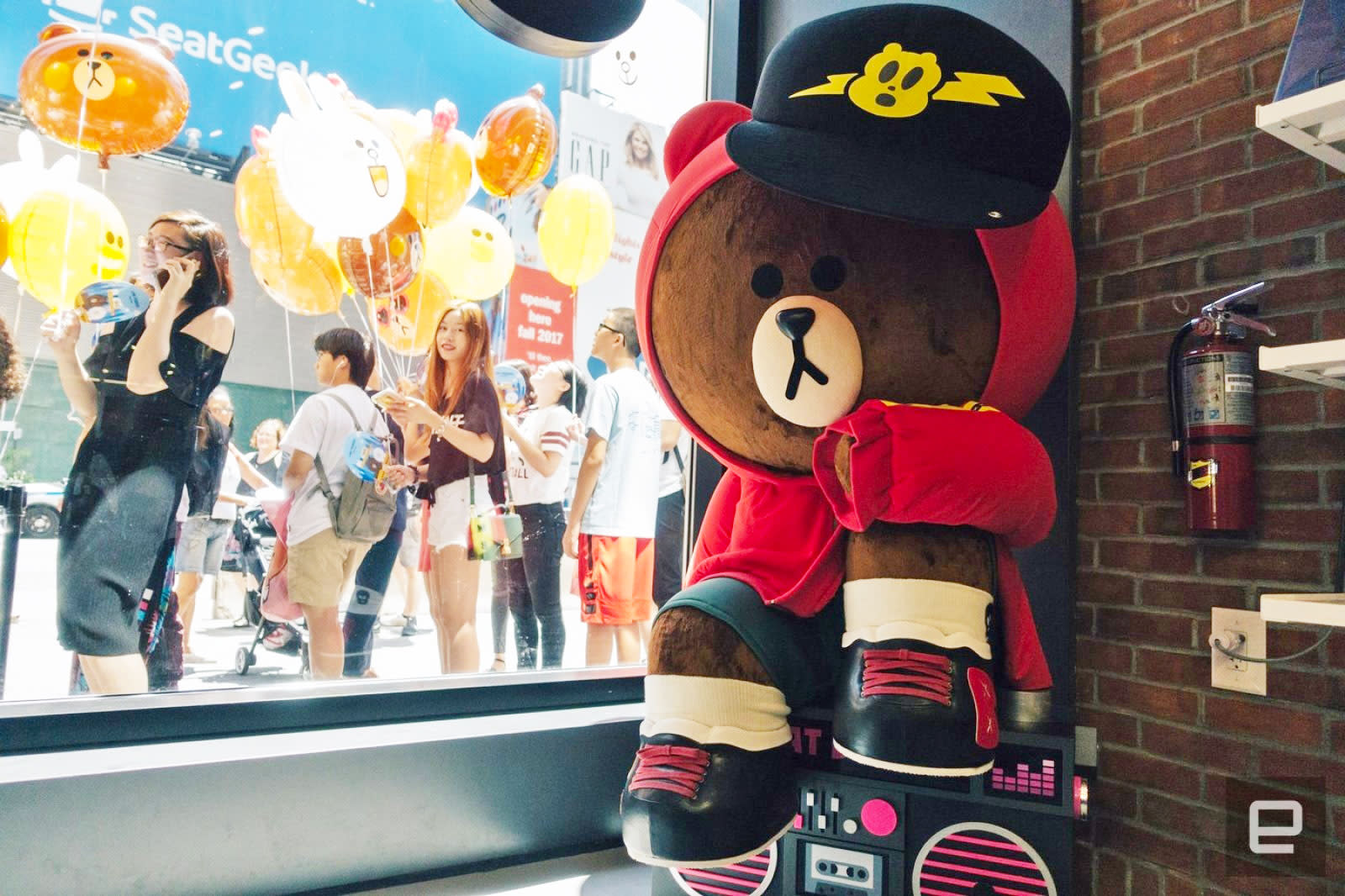 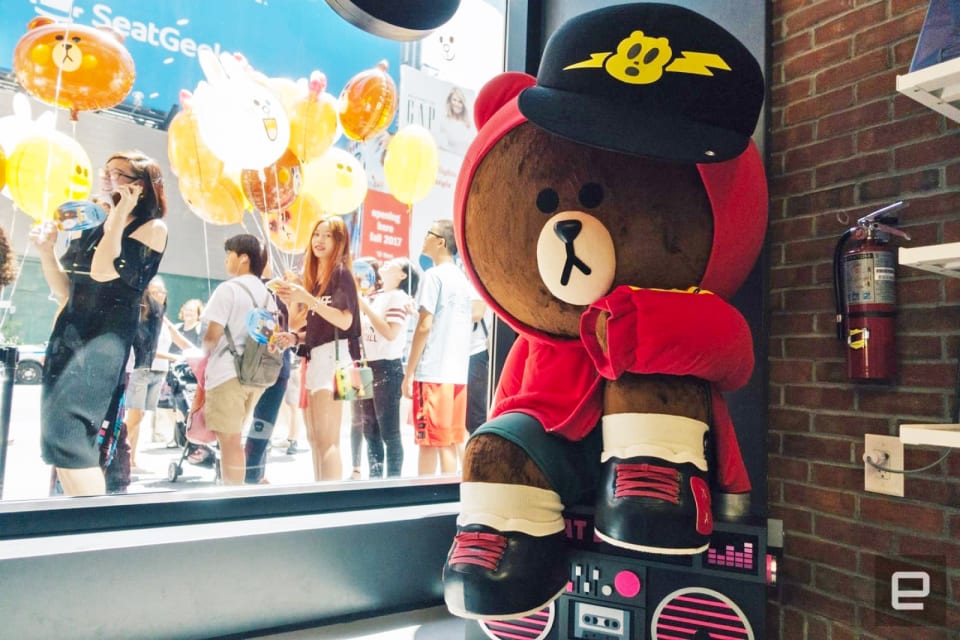 In Japan and South Korea, the messaging service Line is king. But it's almost unknown in North America, let alone the rest of the West. That leaves people this side of the international dateline unaware of a cultural phenomenon that's arguably more beloved than Line itself: the service's adorable animal mascots. Last week, Line Friends -- a standalone company fully dedicated to promoting the characters -- opened a storefront in New York's Times Square, its 73rd brick-and-mortar location worldwide and the first in America. But the shop isn't just a cursory expansion into the US market. By planting itself in one of the most tourist-trafficked areas in the world, Line Friends hopes curious travelers will peek inside -- and take some of the cute characters back to their home country.

In this article: business, clova, line, LineFriends
All products recommended by Engadget are selected by our editorial team, independent of our parent company. Some of our stories include affiliate links. If you buy something through one of these links, we may earn an affiliate commission.