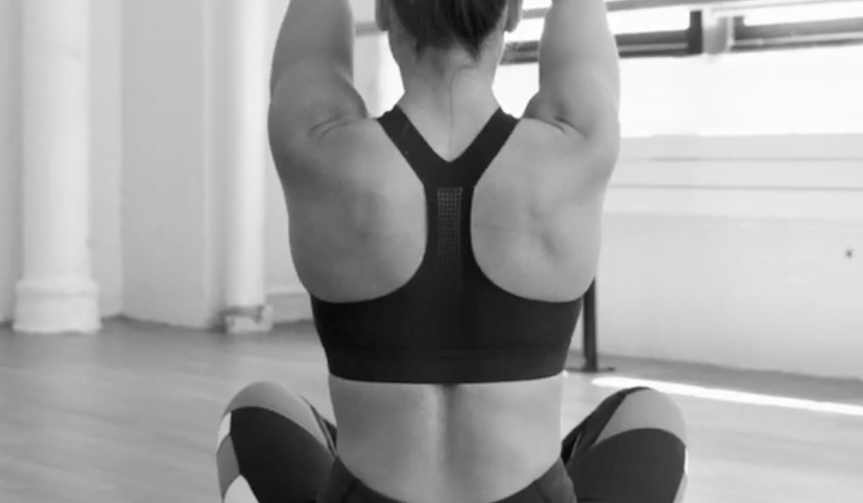 Reebok is introducing a new sports bra that can relax or tighten depending on the wearer's movement. It's called the PureMove and as Fast Company reports, it uses technology that has been incorporated into bulletproof vests and NASA spacesuits. The bra's development began three years ago when Reebok designer Danielle Witek came across a gel-like substance called Shear Thickening Fluid while reading a research journal. Developed in 2005 by scientists at the University of Delaware, the substance acts more like a liquid when it's moving slowly and more like a solid when it moves at higher velocities.

Witek reached out to the researchers and with them, Reebok created its Motion Sense Technology fabric, which incorporates the dynamic fluid into a textile. The idea is that when a wearer is doing an activity, like running or high-intensity interval training, where they would like more active support, the bra will stiffen and provide more compression. But when they're participating in an activity with less motion, say during yoga or just after they've completed a workout, the bra will relax and loosen. This way, a single bra can be used for a multitude of activities, offering wearers a balance of comfort and support no matter what they're doing.

Nike has taken on this problem as well, announcing its Motion Adapt Bra earlier this year. Like Reebok's version, it adjusts its support depending on motion with its foam and polymer hybrid interior stretching at rest and hardening when it senses impact.

Only time will tell if users agree that Reebok's bra solves the problems it has been designed to, but Fast Company's Elizabeth Segran tested it out during a high-intensity workout and a cool-down session, and was pleased with how it performed. "The best thing about the bra was that I didn't notice it at all," she writes. "I didn't feel stifled when I was just strolling around the gym, and I didn't feel like I was unsupported when I was running around."

Reebok says if customers respond well to the new bra, it will consider adding the new technology to other garments. "For a designer, discovering this material is so exciting because it unlocks so many possibilities," Witek told Fast Company. "We can now look at every single garment we make and think about how we can add another layer of adaptability to it."

In this article: design, gear, motionsensetechnology, nike, puremove, reebok, sportsbra, workout
All products recommended by Engadget are selected by our editorial team, independent of our parent company. Some of our stories include affiliate links. If you buy something through one of these links, we may earn an affiliate commission.