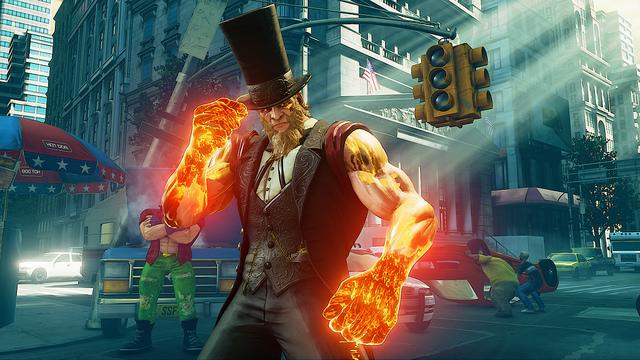 G, the self-described 'President of the World', intimidates rivals by increasing his 'Presidentiality' levels. Once at level 3, G can unlock an explosive selection of special moves which include quick, lunging punches (G Smash Under) and molten projectiles (G Burst). His V-Skill -- G Barrier -- is a powerful force field that can catapult anyone unfortunate enough to be standing in his way into the air.

Although G and Sagat are part of the Season 3 Character Pass -- which is normally available for $29.99 -- players can also purchase the duo individually for $5.99, or hand over 100,000 Fight Money.

In this article: av, capcom, evo, evo2018, fighting, g, gaming, sagat, streetfighterv, streetfightervarcadeedition
All products recommended by Engadget are selected by our editorial team, independent of our parent company. Some of our stories include affiliate links. If you buy something through one of these links, we may earn an affiliate commission.