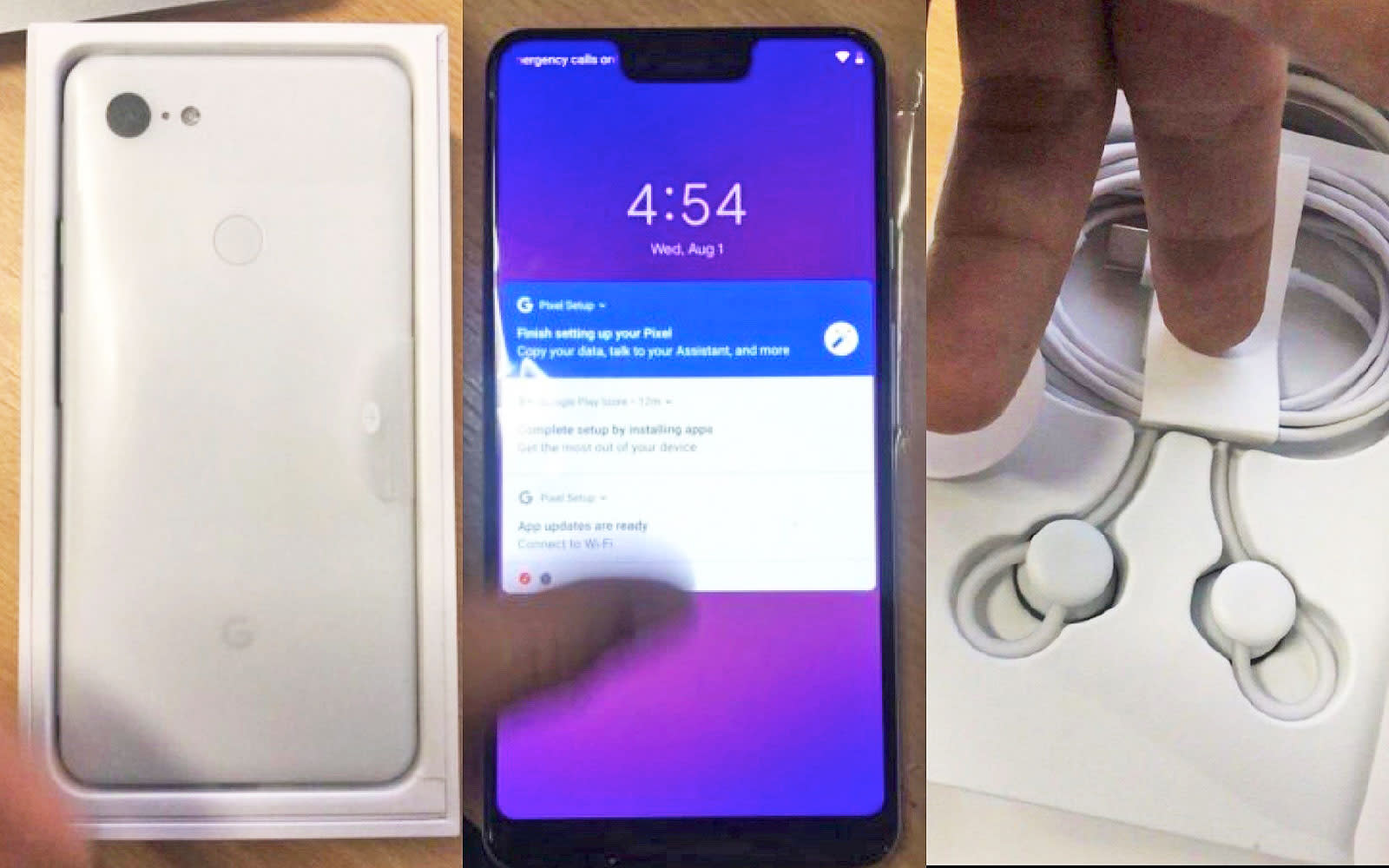 Today, a Ukranian tech blogger named Luchkov may have leaked images of the white version of Google's Pixel 3 XL. These look like the real deal, though they include a bit of a puzzle. The images show a pair of wired USB-C earbuds included with the device.

Now, it's completely possible that the phone model and packaging in these photos are intended for Google staff, and the earbuds won't make their way to the final retail product. It's also possible these are only available for models distributed in advance, as this seems to be a DVT (design verification test) phone. The unboxing images and video show a heavily notched white Pixel 3 XL with an 8-core Qualcomm processor, which could be a Snapdragon 845. It has an Adreno 630 GPU and runs Android 9. The display has a 1440 x 2690 resolution, with a pixel density of 494. And according to this, the device will only have 4GB of RAM. You can see the full unboxing video over at Android Police. The phone will probably be announced in October, so it's likely we'll know more about the earbuds, as well as the Pixel 3 XL's specs, in the coming months. But this looks like a legit leak, though Google probably isn't happy about these images surfacing.

In this article: gear, google, googlepixel, googlepixel3xl, mobile, smartphone
All products recommended by Engadget are selected by our editorial team, independent of our parent company. Some of our stories include affiliate links. If you buy something through one of these links, we may earn an affiliate commission.