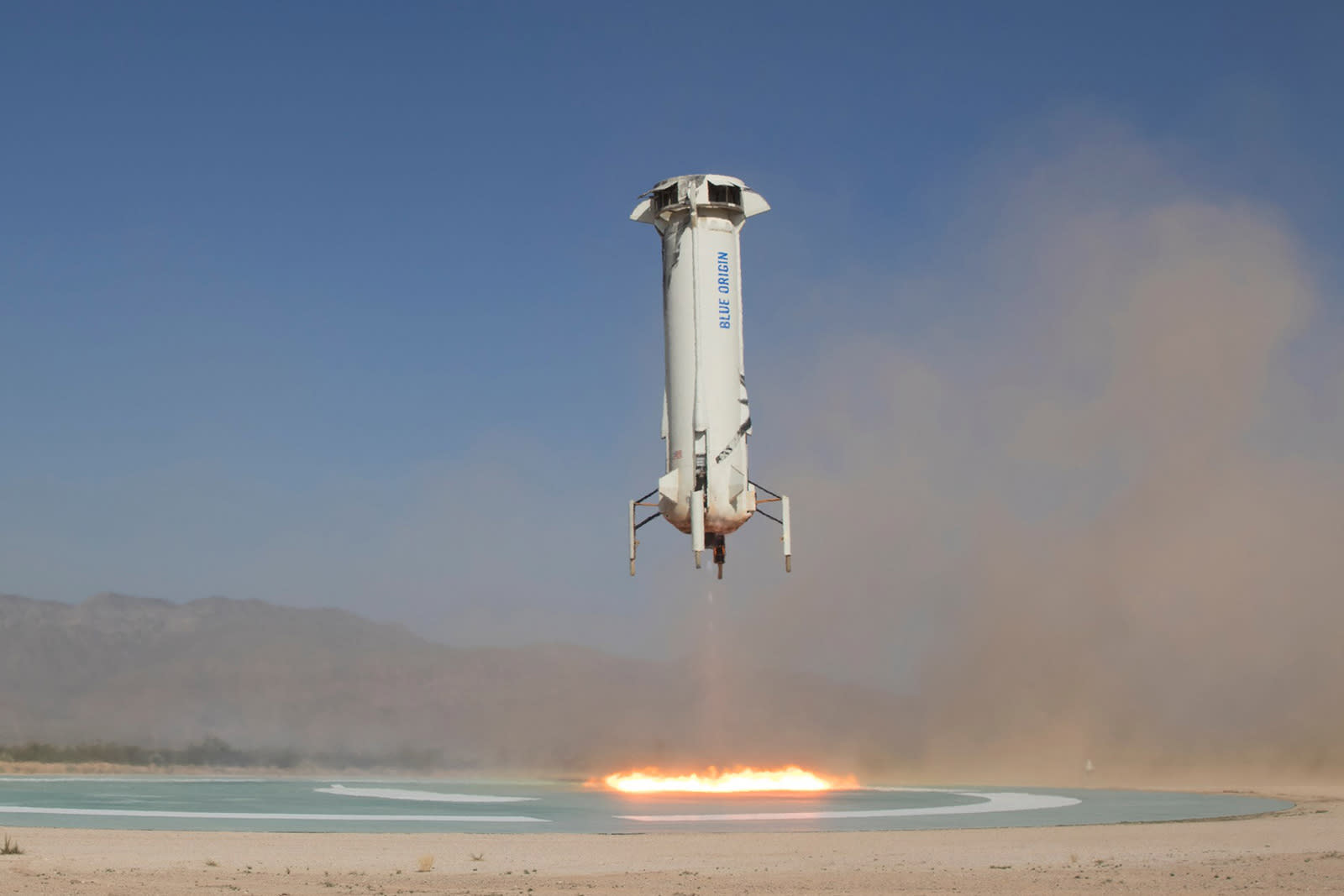 NASA's current administrator is rather fond of private spaceflight, and that's reflected in the agency's latest round of technology funding. The organization has forged ten partnerships that will develop "tipping point" tech promising to help both NASA's own missions as well as the "commercial space economy," including interplanetary exploration and satellites. Some of the names on the list are very familiar, and you'll find a couple of clear favorites.

Jeff Bezos' Blue Origin is the best-known name of the bunch, receiving total deals worth $13 million to develop propulsion for lunar landers as well as sensors that could help spacecraft land anywhere on the Moon's surface. United Launch Alliance, meanwhile, has the most deals. It's looking at $13.9 million in awards for three partnerships involving upper-stage rocketry, long-duration missions and mid-air retrieval for vehicles falling from orbit.

Other winners include Space Systems/Loral (working on replenishing satellites in orbit), Frontier Aerospace (deep space engines), Paragon Space Development (insulation against space debris) and Astrobotic (a sensor for high-precision planet landing). A few big names like SpaceX and Boeing are conspicuously absent, although they're probably not too worried when they already have sweet gigs lined up.

The contracts promise milestone payments of up to $10 million per award for a period of up to three years. The companies have to chip in at least 25 percent of the cost for each of their projects, though. Not that they're likely to complain -- this represents a chance to play a role in the next stages of American spaceflight.

In this article: astrobotic, blueorigin, frontieraerospace, gear, ParagonSpaceDevelopment, space, spacesystems, SpaceSystemsLoral, ssl, tomorrow, transportation, unitedlaunchalliance
All products recommended by Engadget are selected by our editorial team, independent of our parent company. Some of our stories include affiliate links. If you buy something through one of these links, we may earn an affiliate commission.