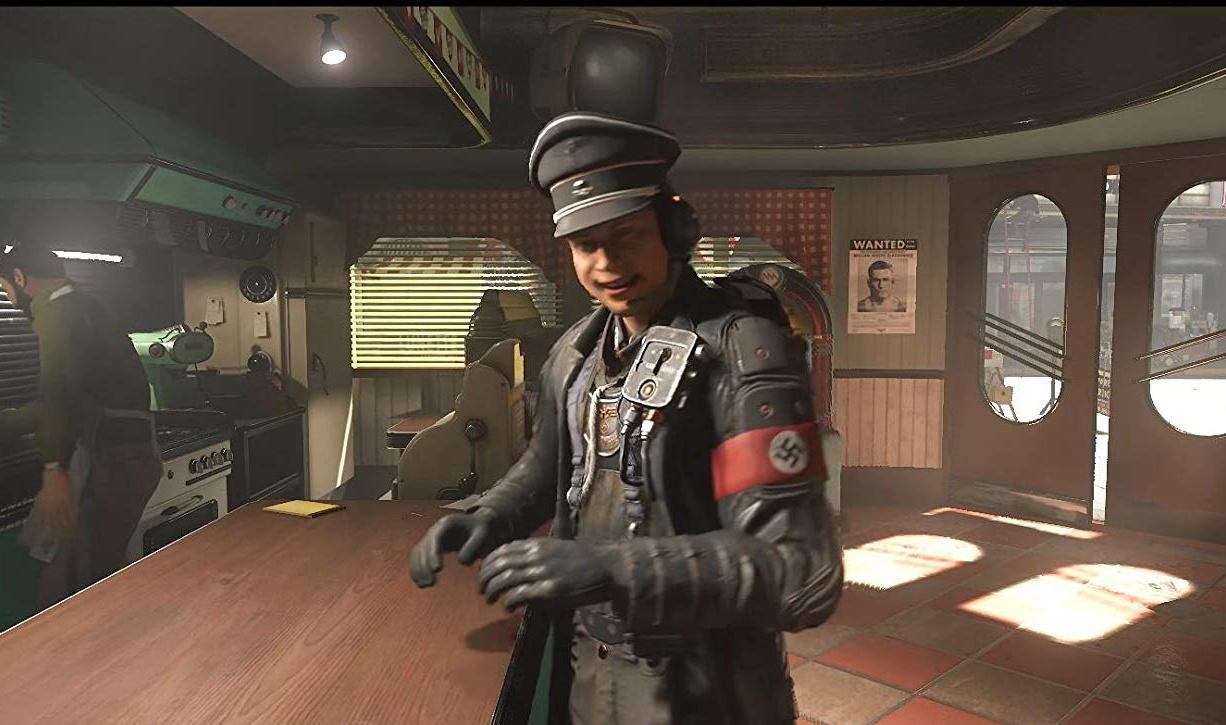 Before video games with swastikas and other Nazi symbols can be released in Germany, they have to go through some major edits to censor those images. Every Nazi eagle and swastika -- and even Adolf Hitler's moustache -- in the Wolfenstein series had to be scrubbed, for instance, even though Nazis are the villains in the game. That will no longer be the case going forward, now that German authorities have lifted the blanket ban on Nazi imagery in video games. Each title will now be assessed on a case-by-case basis by the country's Entertainment Software Self-Regulation Body (USK) and will be judged similarly to books and films.

When a game is submitted to the USK for an age rating, the regulatory body will determine if it satisfies the "social adequacy clause" in section 86 of the German Criminal Code. To satisfy the clause, the anti-constitutional symbols and imagery used in the game must serve an artistic or scientific purpose. They're also allowed if they're used to depict current or historical events.

The German Games Industry Association has been campaigning for the ban to be lifted for a long time in hopes that games can spark social discourse about the country's dark past and its reverberating effects, especially among young people. Felix Falk, the group's managing director, explained:

"We in the games industry are concerned about the tendencies we see towards racism, anti-semitism and discrimination. We are strongly committed to an open, inclusive society, to the values laid out in the German constitution, and to Germany's historical responsibility. Many games produced by creative, dedicated developers address sensitive topics such as the Nazi era in Germany, and they do so in a responsible way that encourages reflection and critical thinking. The interactive nature of games makes them uniquely qualified to spark contemplation and debate, and they reach younger generations like no other medium can."

Falk told Gamesindustry that the USK has already started conjuring up criteria for rating video games. He expects them to change and grow as more and more games are submitted to the regulators in the next months and years. "The law still says, and will for many years say, that flooding the market with Nazi symbols is not something we want -- it's forbidden," he clarified. "There will always be a discussion, and a discussion in society, about where the limitations are."

Check out how the Wolfenstein games were censored for release in the country below:

In this article: art, censorship, gaming, GermanGamesIndustryAssociation, germany, nazi, swastika, videogames
All products recommended by Engadget are selected by our editorial team, independent of our parent company. Some of our stories include affiliate links. If you buy something through one of these links, we may earn an affiliate commission.