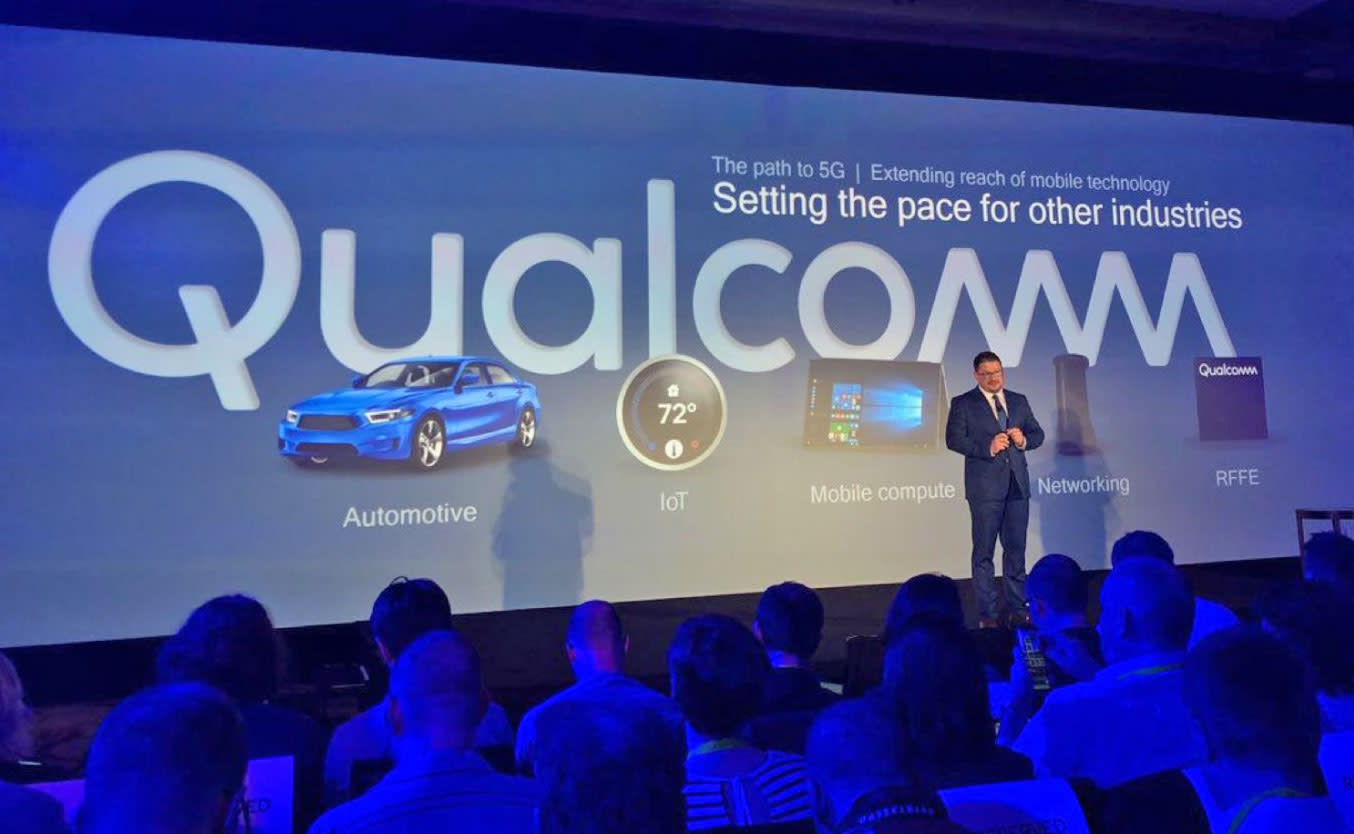 Qualcomm and Taiwan's Fair Trade Commission have made peace and agreed to settle the chipmaker's antitrust dispute in the country. Taiwan's FTC accused Qualcomm of abusing its dominance in providing cellular chipsets for phones, ultimately slapping it with a $774 million fine in 2017. Now, after the San Diego-based tech giant denied those accusations and appealed the decision, the regulatory body has agreed to take and keep the $93 million initial fine Qualcomm paid in July. According to the company's statement, "no other amounts will be due."

Under the terms of the settlement, Qualcomm can continue setting licensing fees based on the price of a device that uses its IPs and not just the price of particular components. However, the company is also required to comply with a set of demands and requirements. To start with, it has to expand its investments in Taiwan, has to collaborate with the government on 5G development and has to open new manufacturing and engineering centers in the country. It also has to allow the regulator to monitor its deals over the next five years.

Qualcomm can no longer give manufacturers discounts in exchange for exclusivity, as well. And if one of the company's current partners wants to renegotiate its contract because it believes it was roped into an unfair agreement, the chipmaker can't cut off its chip supplies while negotiations are taking place.

The DC International Advisory consulting group told Financial Times that Taiwan's FTC faced enormous pressure from local stakeholders to settle its legal battle with the company as soon as possible. One of the entities that pushed for the settlement is the Taiwanese Ministry of Economic Affairs, which was greatly affected by the issue after Qualcomm paused the research programs it was funding. The consulting group said this is the first time the regulatory body entered this kind of settlement, most likely because it became a domestic problem "as much as it was a fair trade problem."

"This settlement directly addresses concerns raised by the TFTC, regardless of disputed positions, and builds on our foundation of collaborative, long-term business relationships in Taiwan. We are happy to reaffirm our commitment to licensing our valuable intellectual property under principles of fairness and good faith. With the uncertainty removed, we can now focus on expanding our relationships that support the Taiwanese wireless industry and rapid adoption of 5G technology."

In this article: antitrust, business, chips, gear, qualcomm, taiwan
All products recommended by Engadget are selected by our editorial team, independent of our parent company. Some of our stories include affiliate links. If you buy something through one of these links, we may earn an affiliate commission.