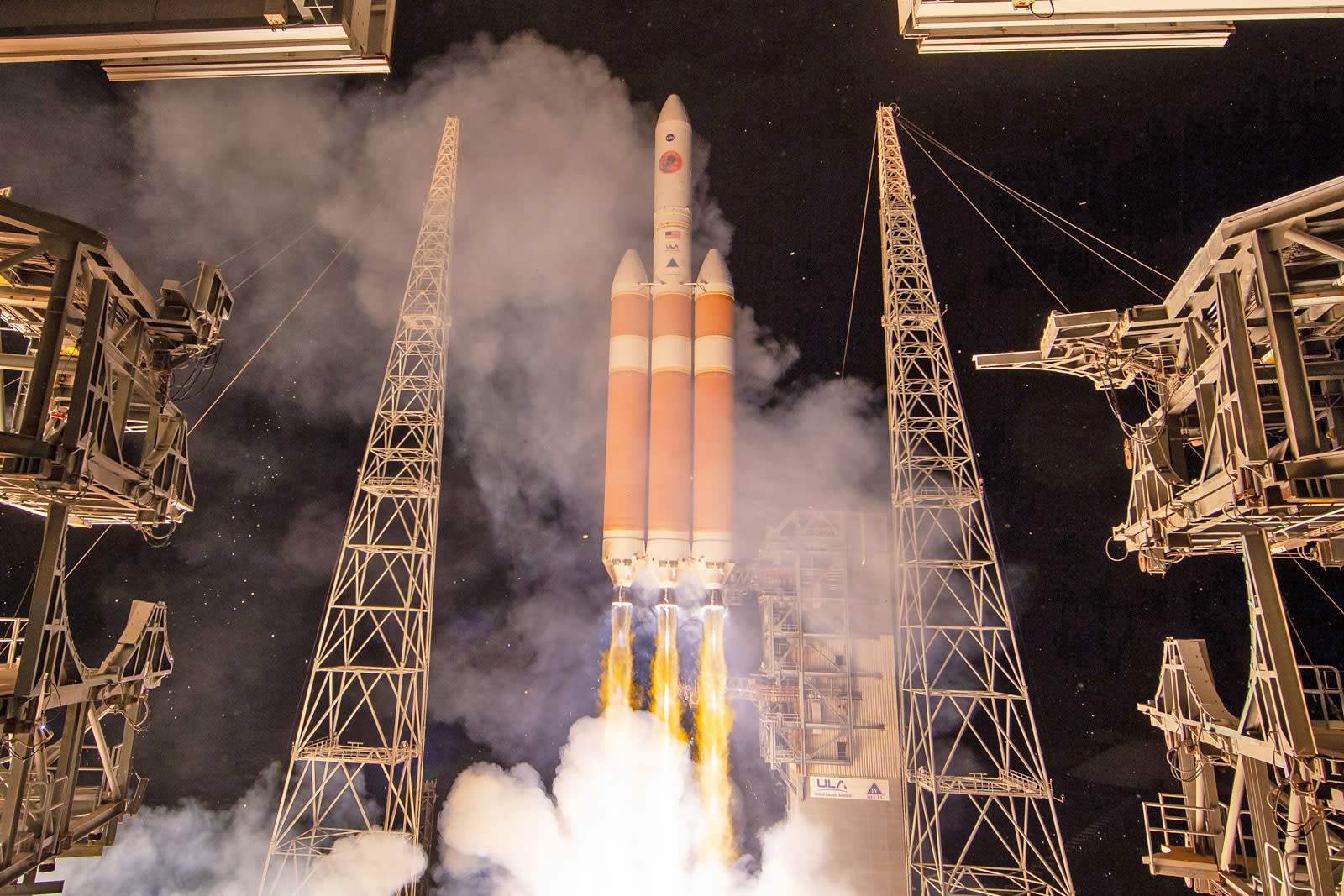 After a few delays, the Sun-chasing Parker Solar Probe is on its way. NASA launched the spacecraft aboard a ULA Delta IV Heavy rocket at 3:31AM Eastern this morning (August 12th) and confirmed that the vessel was healthy at 5:33AM. The probe still has a ways to go before it's conducting scientific studies. It'll spend its first week in space deploying its high-gain antenna, the first part of its electric field antennas and its magnetometer. In early September, the probe will start a roughly four-week instrument shakedown to be sure it's ready for science gathering.

The trip to the Sun will take a while. NASA's probe will pass by Venus a total of seven times (starting in early October) as it uses the planet's gravity to whip itself ever closer to the star. The spacecraft will make its first close approach in early November, when it will travel 15 million miles from the Sun -- inside the Sun's corona (aka the solar atmosphere). Its closest approach will put it at just 3.8 million miles from the Sun, at which point it should be the fastest-ever human-made object with a speed of 430,000MPH. The first science data should return sometime in December.

It's a risky mission, to put it mildly. The Parker Solar Probe is completely dependent on its directional heat shield for survival. While it won't be as dangerous as you might think -- the corona is millions of degrees Fahrenheit, but very sparse -- even a brief shield failure could expose the equipment and burn it beyond recognition. As you might guess, NASA is relying on automation to make this work.

If the gamble pays off, though, the mission will provide an unprecedented understanding of how the Sun works. It should help explain the corona's extreme heat, the forces driving the solar wind and the energetic particles that shoot out of the sun at more than half the speed of light. These findings, in turn, could serve a practical purpose by helping space agencies anticipate and protect against solar flares that can disrupt satellites and electrical grids on Earth.

In this article: gear, nasa, parkersolarprobe, probe, rocket, rocketlaunch, science, space, star, sun, tomorrow, ula, video
All products recommended by Engadget are selected by our editorial team, independent of our parent company. Some of our stories include affiliate links. If you buy something through one of these links, we may earn an affiliate commission.