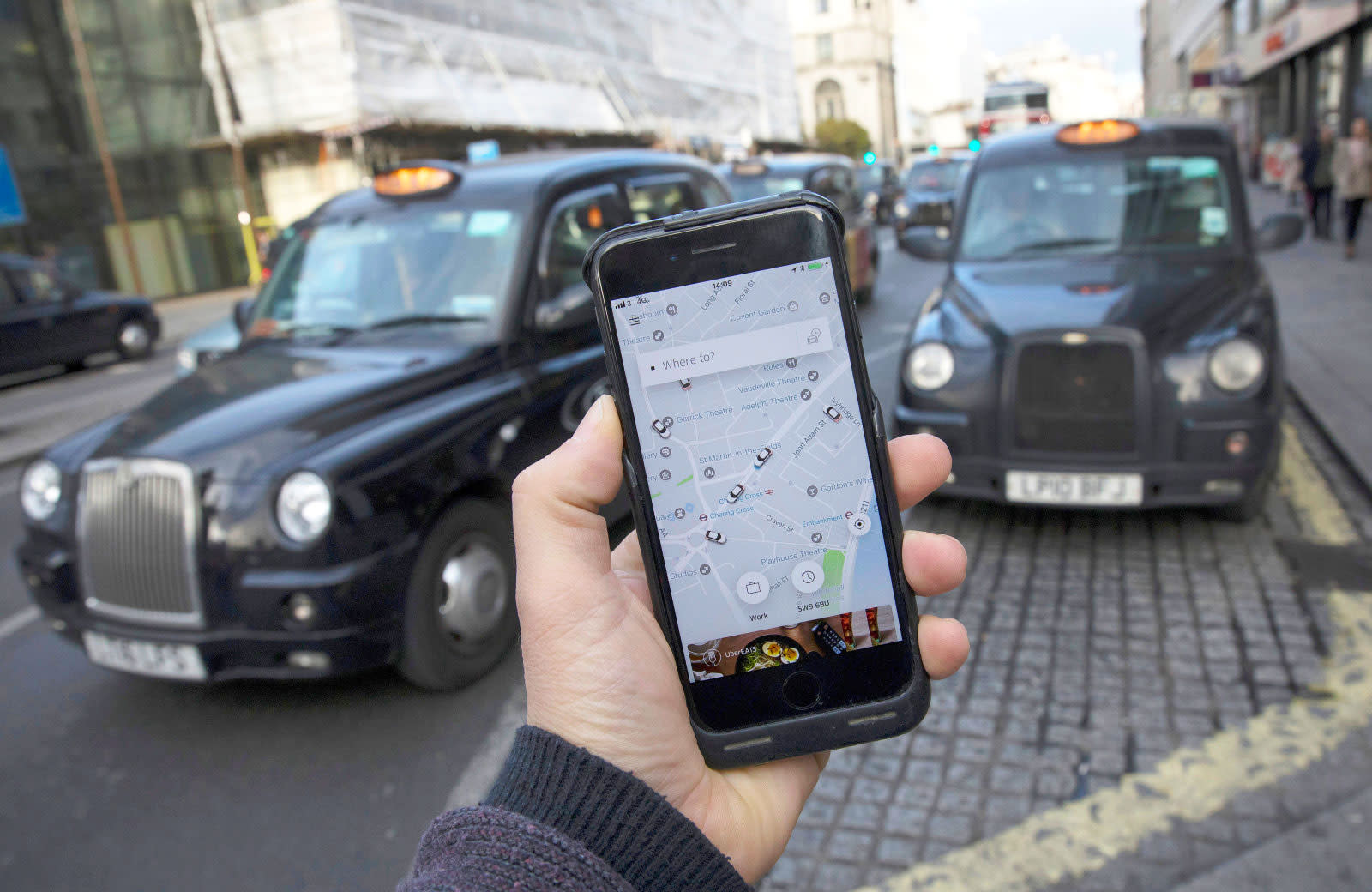 The mayor of London is looking to put a cap on the number of ride-hailing drivers in the city, the Guardian reports, and is asking the government to grant him the powers to impose such limits. The move comes just as New York City institutes a one-year moratorium on licensing new ride-hailing drivers. Mayor Sadiq Khan reportedly sent a letter to Chris Grayling, the UK's transport secretary, saying that he was "determined to create a vibrant taxi and private hire market in the capital, with space for all providers to flourish." However, he noted that the massive increase in private hire drivers in the city was "causing increased congestion, polluting our air and leaving many drivers struggling to make enough money to support themselves and their families."

This isn't the first time London has taken issue with ride-hailing services. Last year, the city pulled Uber's private hire license because its operations weren't "fit and proper" and didn't meet the city's standards. Uber appealed the decision and was granted a 15-month license in June. During that time, the company will be required to undergo audits, report major safety complaints, disclose any data breaches and train its drivers on safety. After the limited license was granted, Khan compared it to "probation" and noted that it would allow the city to see if Uber has really changed its ways.

Last year, amid talks of capping private hire vehicle licenses, Khan made it clear that he was supportive of the idea. In a letter to Grayling, he said he had been "calling publicly for it at every possible opportunity."

Update 11:00AM: An Uber spokesperson sent Engadget a statement regarding Khan's statements. "Uber is committed to helping address congestion and air pollution and we strongly support the mayor's Ultra Low Emission Zone," they said. "Already more than half of the miles travelled with Uber are in hybrid or electric vehicles. By competing with private cars, getting more people into fewer vehicles and investing in our Clean Air Plan, we can be a part of solution in London."

In this article: cap, gear, london, privatehire, ridehailing, sadiqkhan, services, transportation, uber
All products recommended by Engadget are selected by our editorial team, independent of our parent company. Some of our stories include affiliate links. If you buy something through one of these links, we may earn an affiliate commission.