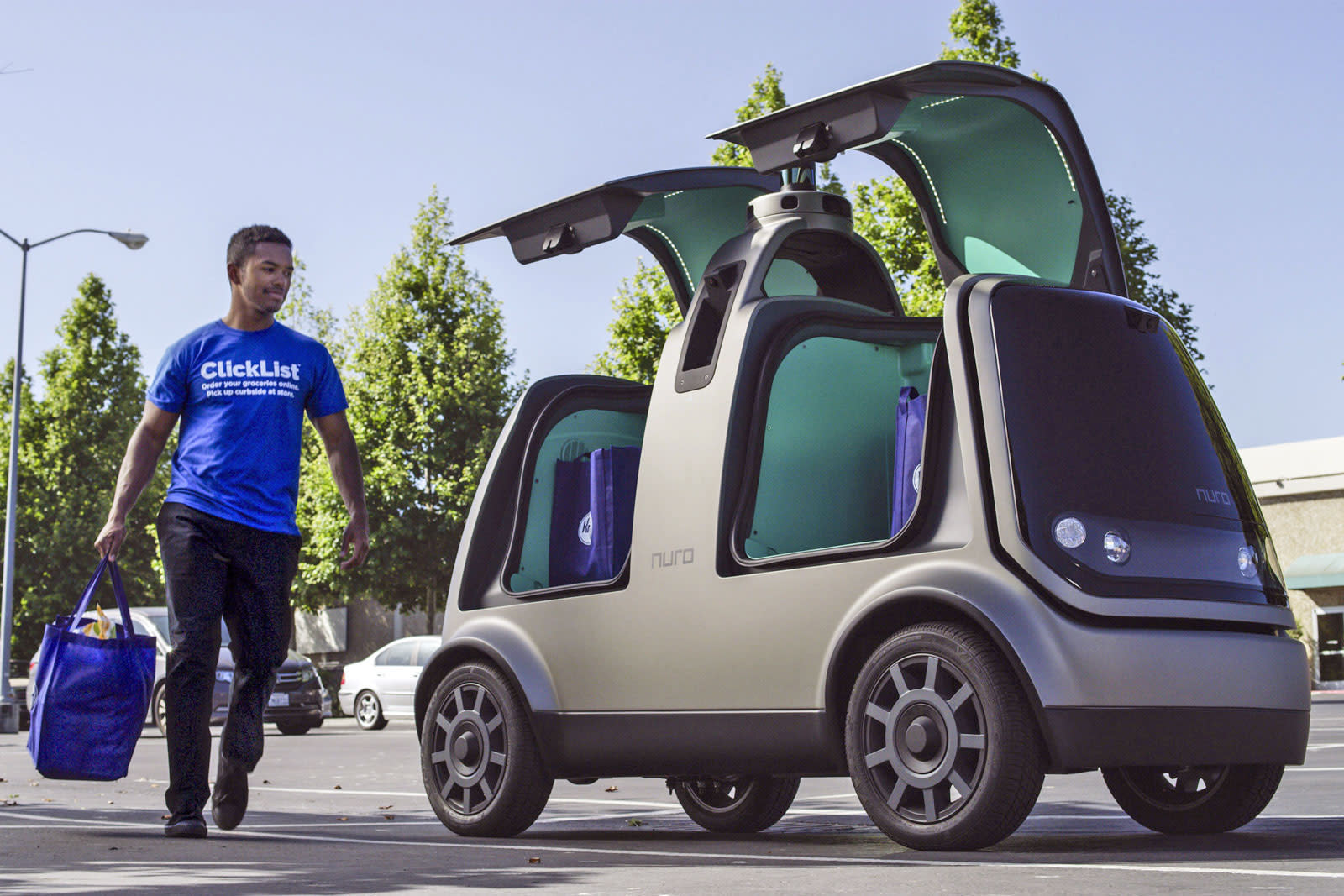 You now have a chance to try Kroger's self-driving grocery delivery... if you happen to live in the right part of Arizona. The chain has launched its driverless delivery pilot at a single Fry's Food Stores location in Scottsdale, giving you a chance to receive foodstuffs courtesy of Nuro's autonomous vehicles. Order through the Fry's website or app and the robotic courier can deliver either the same day or next day for a $6 flat fee. You'll have to live in the same 85257 ZIP code, so you can't make them drive across town just to satisfy your curiosity.

Sadly, you won't see Nuro's custom R1 vehicle (above) roll up to your home in the earliest stages of the pilot -- it'll be a modified Toyota Prius instead, and the very first phase will include a just-in-case driver. The purpose-built machines will only start delivering your goods sometime in the fall, after they've completed certification and testing.

This isn't the first self-driving grocery test in the state, as Waymo and Walmart are trialing pick-ups in Phoenix. This is, however, the first real chance many will have for driverless delivery. Just don't expect to see this service spread far and wide for a while. Autonomous car companies have gravitated toward Arizona both due to its support for truly driverless testing as well as its warm climate and relatively sparse population. You won't see mass adoption until completely driverless cars are both legal in more states and know how to handle snow, ultra-dense traffic and similar hazards.

In this article: arizona, autonomous, delivery, driverless, food and drink, food-and-drink, foodanddrink, gear, groceries, grocery, grocerydelivery, internet, kroger, nuro, prius, r1, scottsdale, self-driving, services, TL19SLFBNC, tomorrow, transportation
All products recommended by Engadget are selected by our editorial team, independent of our parent company. Some of our stories include affiliate links. If you buy something through one of these links, we may earn an affiliate commission.