The Dugout Loop will take passengers from the Red Line to Dodger Stadium in four minutes.

LA's baseball fans and concertgoers might be among the first to ride The Boring Company's high-speed pods. Elon Musk's company has announced that it's planning to dig a tunnel that leads to Dodger Stadium for a high-speed electric transportation network called the Dugout Loop. The Boring Company is still in the midst of deciding where to build the system's departure point and considering three neighborhoods in particular: Los Feliz, East Hollywood and Rampart Village.

According to Wired, it plans to sell $1 tickets with fixed departure times for the four-minute ride. Passengers can drive, walk or bike to the departure point and then ride one of the system's 8- to 16-passenger pods to the stadium when it's their turn. Those electric pods, which are capable of traveling at 125 to 150 miles per hour, will then either go back for more people or stay at the arrival point, ready to take passengers back.

Compared to The Boring Company's plans for LAX and Chicago O'Hare, the Dugout Loop is much smaller in scale. It's just a one-tunnel system designed with around 100 pods meant to ferry 1,400 people (or 2.5 percent of the stadium's capacity) per event. It could still take the company a year to secure all the permits it needs to be able to start digging, but the fact that the system will be built under public right-of-way and land owned or leased by the company could speed things up.

The good news is that the project has found a powerful ally in Mayor Eric Garcetti, who seems very welcoming when it comes to alternative modes of transportation that could help ease LA's notorious traffic issue. It probably helps that The Boring Company will bear the entire cost of building the system. After securing all the permits they need, Musk and his team will then spend around 14 months to finish building the Dugout Loop.

Always exciting to see innovative ideas like the proposed Dugout Loop to @Dodgers Stadium that could help ease congestion on our roads and make our most iconic destinations more accessible to everyone. https://t.co/vleQtpUqnt 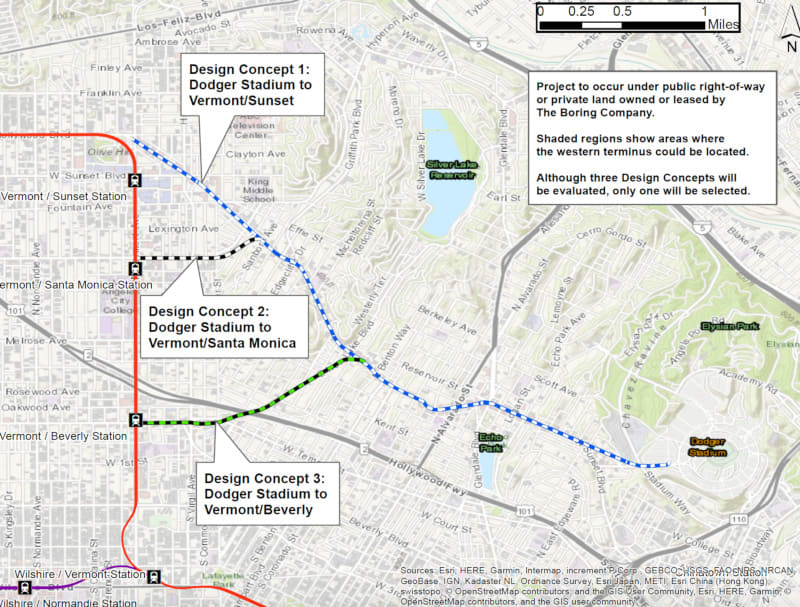