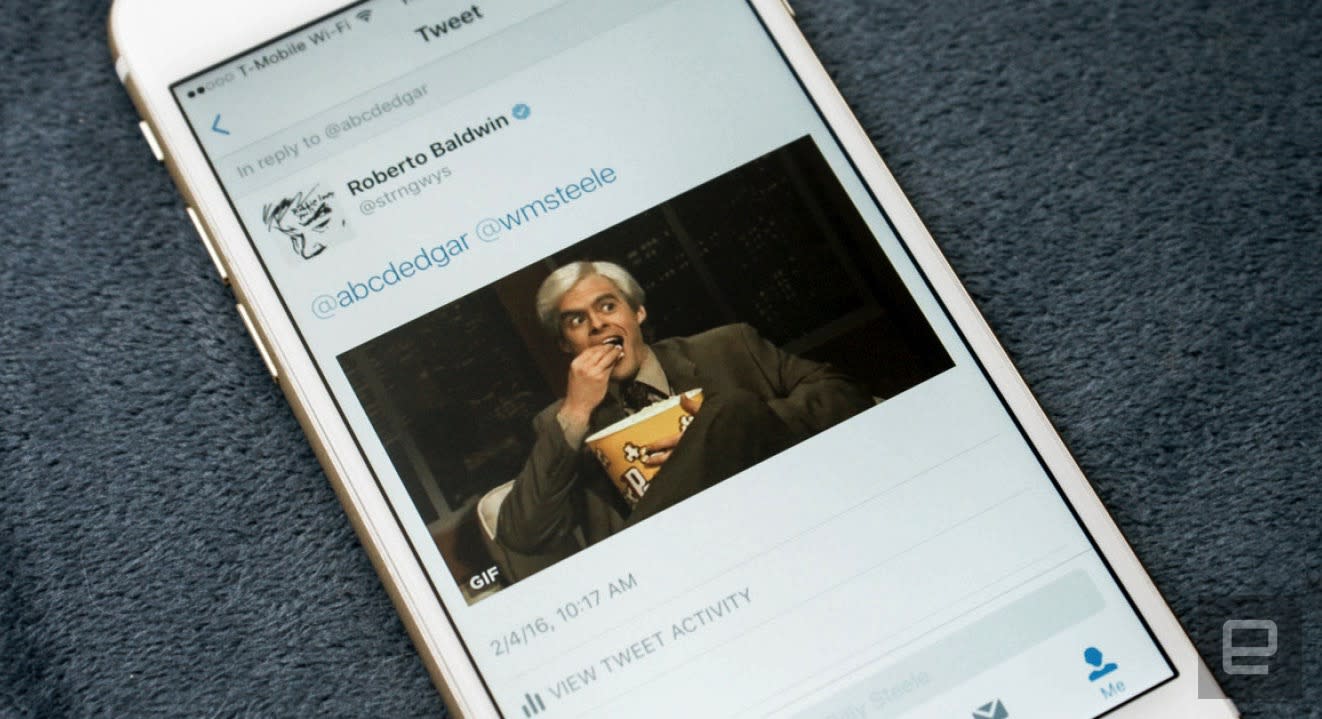 In April, Twitter announced that it would replace developer access to User and Site streams with new API. Several third-party app developers warned that this would disrupt their ability to work with the service. Today is the day, then, that Twitter removes support for the older "outdated developer tools." The newer tools, called the Account Activity API, are now available for all app makers via the company's developer portal. Twitter argues that its apps and website are "the best Twitter experience," even as users take to the social network to complain that the company is #BreakingMyTwitter.

The company is focusing all its efforts on Twitter-owned apps, claiming that only 1 percent of third-party developers use the "two legacy developer tools." That means some non-Twitter apps won't be able to have automatic tweet streaming, which means those developers will need to update their code to adjust. Tweetbot has already fallen victim to the changes, and users of the app will no longer get real-time updates, be able to use the Apple Watch app, or get push notifications for likes, follows and quotes (mentions and DM notifications are delayed by one to two minutes).

Twitter's Senior Director of Data Rob Johnson tweeted out an internal email that explained the reasoning behind the changes to employees. In the announcement blog post, Johnson admitted that not everyone is happy about the changes. "We know some of you don't like this more focused approach," Johnson wrote. "There are good reasons you love the various Twitter apps you have used over the years, and we're grateful for the developers who build them." He says the company is still committed to its developer ecosystem and that it "continues to invest in TweetDeck," which is now owned by Twitter.

In this article: AccountActivity, API, developers, gear, internet, RobJohnson, Twitter
All products recommended by Engadget are selected by our editorial team, independent of our parent company. Some of our stories include affiliate links. If you buy something through one of these links, we may earn an affiliate commission.