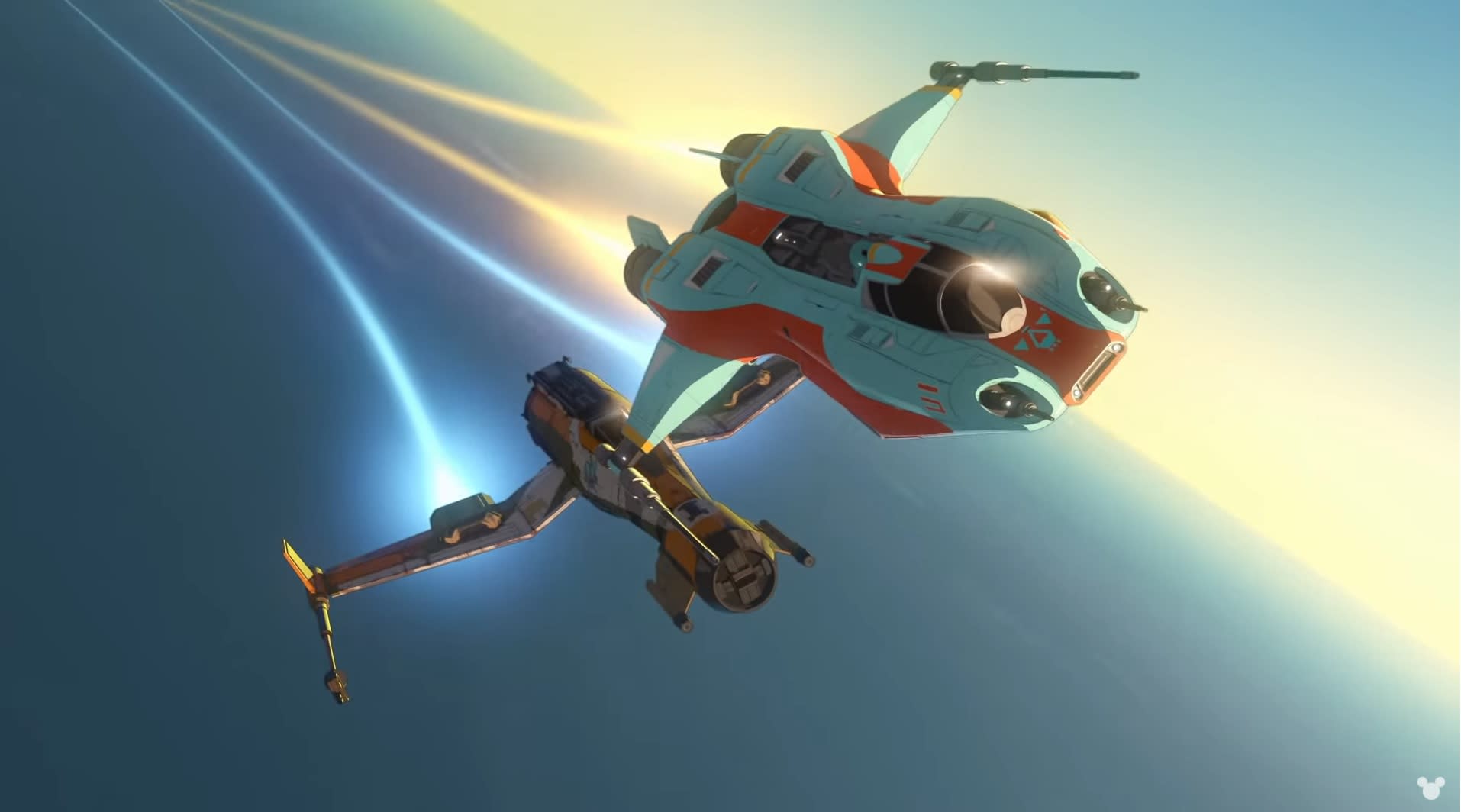 Star Wars' latest animated series, Rebels, ended its four-season run this spring -- but fans didn't have to wait long to get a tease of details for the next show. While the last was set between the prequels and original trilogy, Star Wars Resistance explores what happened before The Force Awakens as General Leia Organa rallies her rebels to oppose The First Order. We knew it would have an "anime-inspired look," but today, the first trailer dropped, showing off a rad cel-shaded look and fun, kid-friendly adventure.

Take to the skies with #StarWarsResistance. Premiering Sunday, October 7 at 10pm ET/PT on @DisneyChannel. pic.twitter.com/h0mTL4Vcl7

Resistance follows new recruit Kazuda Xiono as he joins Leia's growing forces alongside a squad of ace pilots -- including Poe Dameron, voiced by Oscar Isaac (Gwendoline Christie is also slated to appear as Captain Phasma). The series has plenty of DNA from previous Star Wars animated shows, with Lucasfilm Animation lead Dave Filoni (who supervised and produced The Clone Wars and Rebels) and other veterans executive producing Resistance. It looks to be a breezy adventure show, with more high-flying action:

"The idea for Star Wars Resistance came out of my interest in World War II aircraft and fighter pilots. My grandfather was a pilot and my uncle flew and restored planes, so that's been a big influence on me," Filoni said, per iO9. "There's a long history of high-speed racing in Star Wars, and I think we've captured that sense of excitement in an anime-inspired style, which is something the entire team has been wanting to do for a long time."

Resistance debuts on October 7th on the Disney Channel at 10PM EST before coming to Disney XD sometime later.