And it's built for ray tracing.

You've seen the leaks, but today at Gamescom NVIDIA officially announced its new line of RTX video cards. And, thanks to the company's new Turing hardware, they're just as crazy powerful as you'd expect. The top of the line is the RTX 2080 Ti, which packs in 4,352 CUDA cores, just a bit less than the Quadro RTX 6,000's 4,608 cores. And while it has the same 11GB of RAM and 352-bit memory bus as the GTX 1080 Ti, the new model uses GDDR6 memory, allowing for higher memory bandwidth of 616 Gbps. That's a lot of specs to swallow, but it all basically means this is NVIDIA's fastest consumer GPU by far.

So what can you do with the RTX 2080 Ti? When NVIDIA first debuted the GTX 1080 in 2016, it was aiming to create the best GPU for 4K gaming. That'll still be the case with the new card, especially if you want to speeds beyond 60FPS. In a demo called "Infiltrator" at Gamescom, a single Turing-based GPU was able to render it in 4K with high quality graphics setting at a steady 60FPS. Huang noted that it actually runs at 78FPS, the demo was just limited by the stage display. On a GTX 1080 Ti, that same demo runs in the 30FPS range. 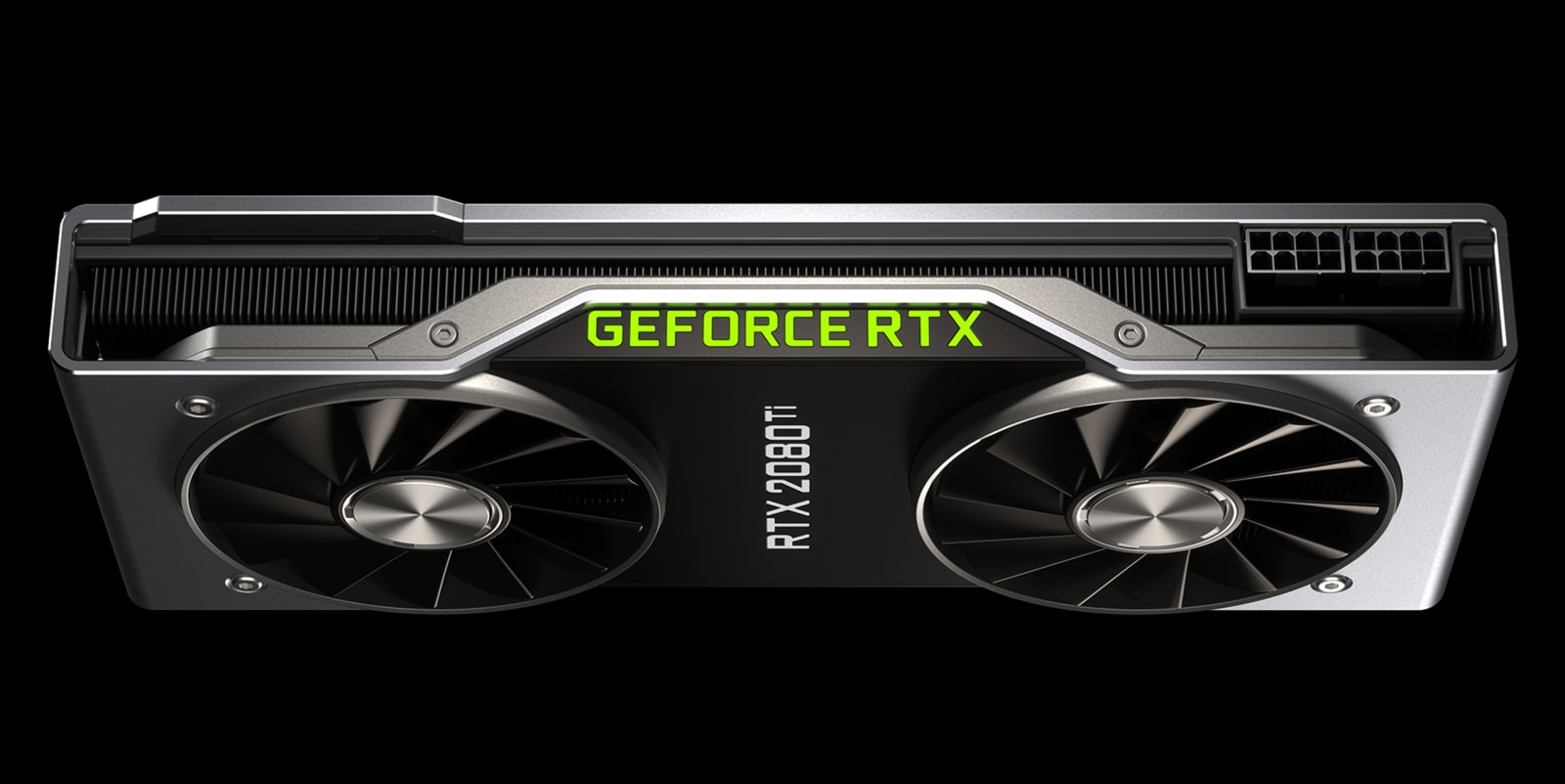 But given everything else NVIDIA's Turing architecture can do, including real-time ray tracing and AI acceleration, you can expect the 2080 Ti to be capable of much more. During its press conference, the company showed off a hybrid graphics pipeline, which uses Turing's ray-tracing capabilities together with traditional rendering. You can expect things like shadows and reflections to look more detailed and realistic. In Battlefield V, the RTX ray tracing tech allowed blasts from a tank to be reflected across every object in a scene, from the side of a car to a character's eyes. And another bonus, the Turing cards will be among the first GPUs that can process 8K video.

Just like the GTX 1080, the GeForce 2080 Ti will first debut with a "Founders Edition" card that's overclocked from the stock version. It'll run between 1.35GHz and 1.63GHz, while the normal card tops out at 1.54GHz. All of the Turing-based GPUs feature an RT Core, which handles real-time ray tracing, and a Tensor Core to help with neural network processing. The RX 2080 Ti can process 10 GigaRays a second and 78T RTX operations, while the other cards in the family are progressively slower. You'll also need two 8-pin power connectors to run the card, and NVIDIA recommends a 650-watt power supply.

While we certainly expect the RTX 2080 Ti to be faster than its predecessors, the real question is by just how much. From what we've seen on stage, it appears that games will have to be optimized to take advantage of the RTX capabilities. So far, that includes titles like Shadow of the Tomb Raider, PlayerUnknown's Battlegrounds and Final Fantaxy XV. That's really the reason you'd shell out for a card like this. For this price range, you'd want a bigger upgrade than just a slightly higher frame rate.