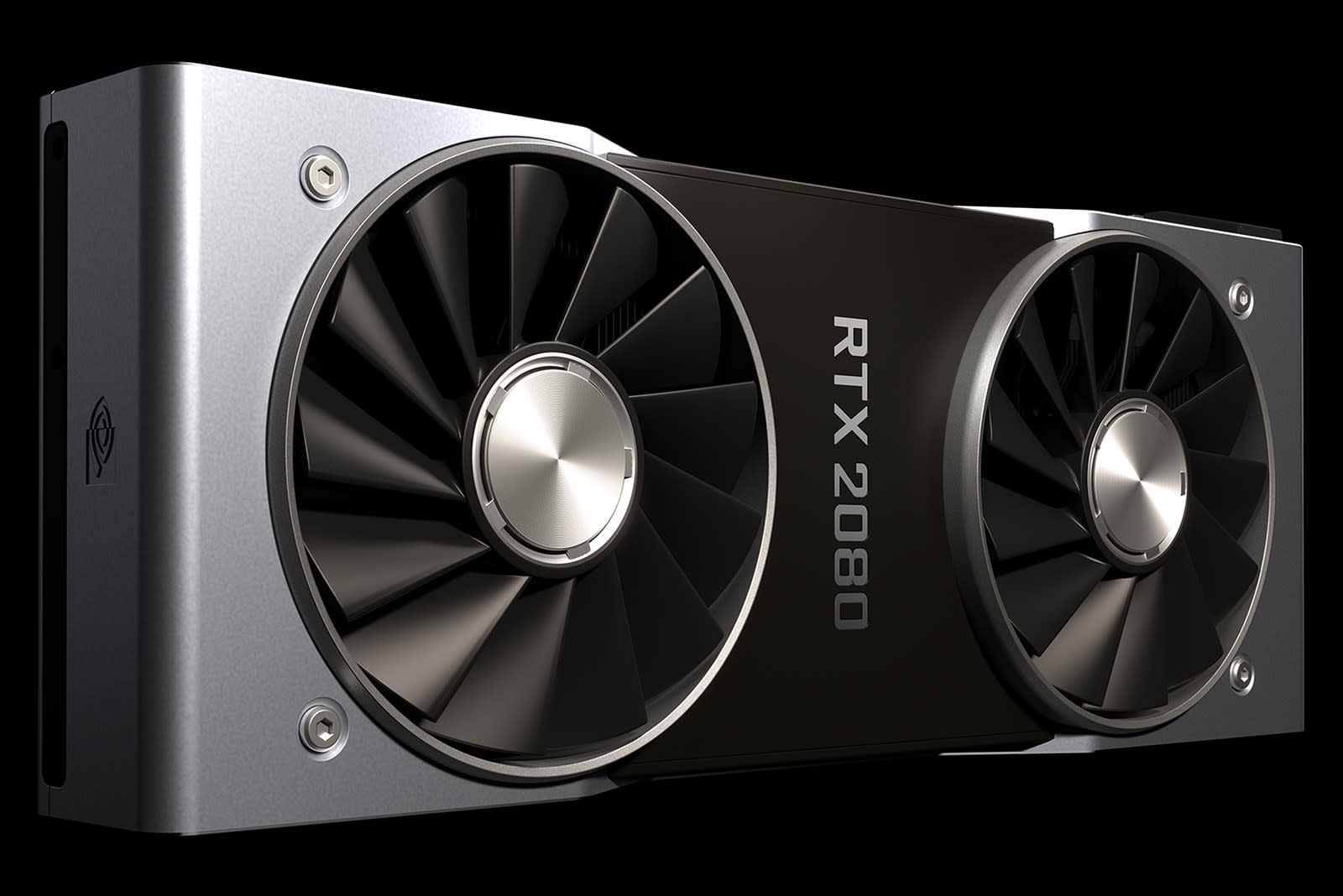 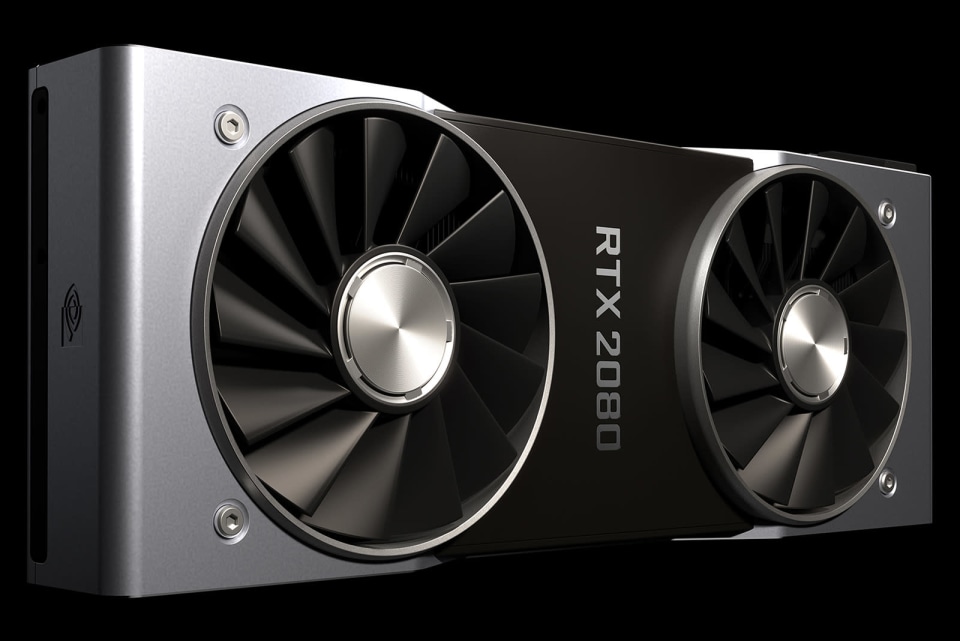 NVIDIA has unveiled its new Turing-powered mainstream gaming performance graphics card, the GeForce RTX 2080. As rumored, it's built using 12-nanometer manufacturing and packs 8GB of cutting-edge GDDR6 memory, offering 14 Gbps speeds, 2944 CUDA cores and a 256-bit memory interface. With those kind of specs, it provides a huge boost over the current GTX 1080, and should even outperform the GTX 1080 Ti.

NVIDIA is offering a "Founder's Edition" card with similar specs, but it can be overclocked to 1800 MHz, compared to 1710 Hz for the regular model. Before you start designing your gaming rig, beware that the new cards are power hungry. The flagship RTX 2080 Ti draws 250 watts, while the "regular" RTX 2080 draws a minimum of 215 watts (225 for the Founder's Edition), using 6-pin and 8-pin header connectors. The new cards also have a VirtualLink port, which, while not particularly useful right now, will in the future allow you to connect a VR headset with just a single cable providing power and data.

The numbers don't tell the whole story. NVIDIA has broken from its "GTX" naming scheme, with the "R" in RTX standing for "ray-tracing." NVIDIA's CEO Jensen Huang went into a lot of detail about it, but in brief, the new system massively accelerates real-time ray-tracing, allowing for realistic lights, shadows and cameras while gaming. We saw the result during some demos featuring soft, life-like shadows and impressive-looking reflections and specular highlights on shiny surfaces.

On top of the usual specs, NVIDIA is touting other numbers, namely RTX-OPS and Giga Rays that essentially measure the ray-tracing speeds of the cards. The RTX 2080 delivers 8 Giga Rays and 60 trillion RTX OPS, compared to 12 trillion RTX-OPS for the current Titan X card. However, don't expect those numbers to increase realism unless your favorite game or graphics app is designed for RTX. If the new GeForce RTX 2080 or 2080 Ti would smash too big a hole in your budget, there's good news. NVIDIA has unveiled a formidable second tier card, the GeForce RTX 2070, that gives you just about all the performance for quite a bit less money. It also packs 8GB of newfangled 14Gbps GDDR6 memory (more than the rumored 7GB), with 2304 CUDA cores. That should yield speeds 40 percent better than the current GTX 1070, and 17 percent above the GTX 1080. As for the new ray-tracing specs, the RTX 2070 can run at 6 Giga Rays and 60 trillion RTX-OPS.

The RTX 2070 will also arrive first in a Founder's Version that costs a bit extra. However, it does offer a bit better overclocking than the regular model (1710 MHz overclocked compared to 1620 MHz). The RTX 2070 also draws a significant 175 watts of power, compared to 150 watts for the last model. It'll certainly be interesting to see how the laptop versions of the 20-series cards stack up, power consumption-wise.

To show off what you can do with the card, NVIDIA demoed a few games including Battlefield V and Shadow of the Tomb Raider. As you can see in the video above, RTX offers next-gen levels of realism in water reflections, shadows and other details. Again, however, keep in mind that you might not get all those benefits if the game isn't designed for RTX.

In this article: gamescom2018, gear, GeForce, nvidia, personal computing, personalcomputing, RTX2080
All products recommended by Engadget are selected by our editorial team, independent of our parent company. Some of our stories include affiliate links. If you buy something through one of these links, we may earn an affiliate commission.