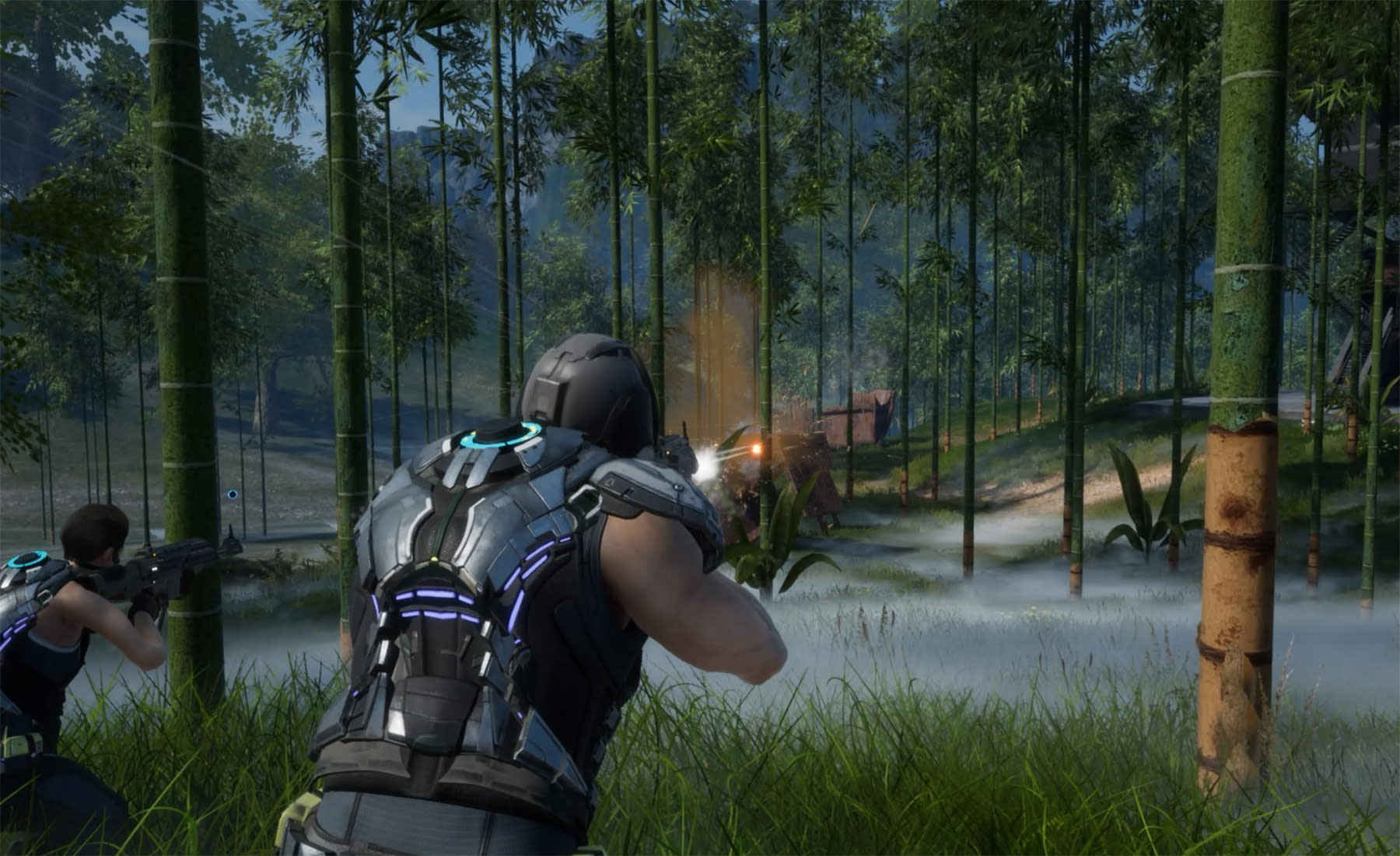 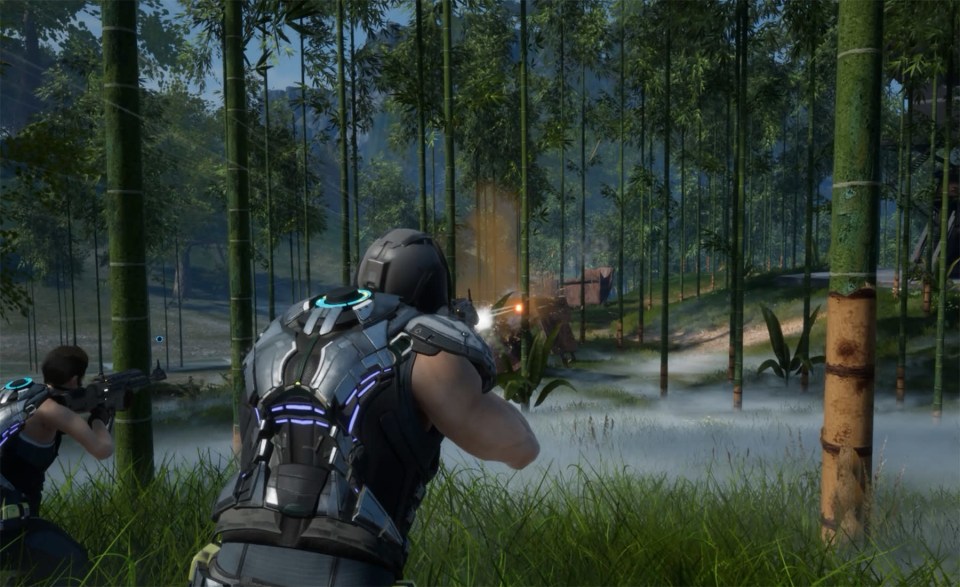 Back in April, Resogun and Super Stardust HD developer Housemarque teased a mysterious multiplayer project called Stormdivers. The reveal, though, showed little beyond a forest locale, some man-made structures and the promise of "hard flying and heavy hitting gameplay." If you've been waiting for more information, good news -- the indie developer has released a new trailer today showing off the game's battle royale-inspired combat. It reveals a host of weapons, including machetes, assault weapons and rocket launchers, as well as futuristic jetpacks, portable shields, and some fantastical powers including invisibility and lightning-fast dashes.

As the name suggests, you'll be competing while a storm moves in around you. The trailer also shows lightning strikes and other elemental hazards ripping through the map during matches. These weather features, combined with Housemarque's gameplay prowess, could be enough to set it apart from Fortnite, PUBG, and battle royale newcomers including H1Z1 and the still in development Mavericks. For the Finnish studio, it's a gamble -- the team is known for single-player experiences such as Nex Machina and Matterfall. Some of these had leaderboards and four-player co-op, but none offered competitive multiplayer quite like Stormdivers. 6
In this article: art, gamescom2018, gaming, Housemarque, NexMachina, Resogun, Stormdivers
All products recommended by Engadget are selected by our editorial team, independent of our parent company. Some of our stories include affiliate links. If you buy something through one of these links, we may earn an affiliate commission.