It's the most inventive Toy-Con kit yet.

Nintendo's first few Labo Toy-Con kits let us go fishing and pretend to be a giant robot. But aside from the motorcycle kit, they didn't really get you moving much. That's where the upcoming Toy-Con Vehicle Kit comes in: It has an actual steering wheel; a joystick for flying; and a unique dual-dial submarine controller. And, thanks to a wide variety of game modes, you'll actually want to use them for more than a weekend.

As with all things Labo, the first thing I did during my short demo was fold some cardboard. I had ten minutes to build the Toy-Con key, a small box that houses the right Joy-Con and lets you "turn on" each vehicle by plugging it in. Building it felt like a more advanced version of the Labo holster from the Variety Kit, with plenty of intricate and small folds that have to slot in just so.

Thankfully, Nintendo had each vehicle pre-made, so I was able to plug in the key and get started with the steering wheel. I was placed in the Adventure mode, a small open world environment where you're free to explore and get the hang of the controls. I floored the Labo pedal -- which feels surprisingly responsive, despite being made of cardboard and other simple materials -- but before getting too far, I realized I was low on fuel.

After making my way over to the closest gas station, I had to position my car close to a pump, a process that involved plenty of reversing and re-orienting. (Nintendo might have ended up creating a parallel parking simulator that's actually fun.) Once I was in the right spot, I cycled through my vehicle tools by twisting a lever on the Labo kit, selected the fuel pump, then held the lever down as it refilled. Just like real life! 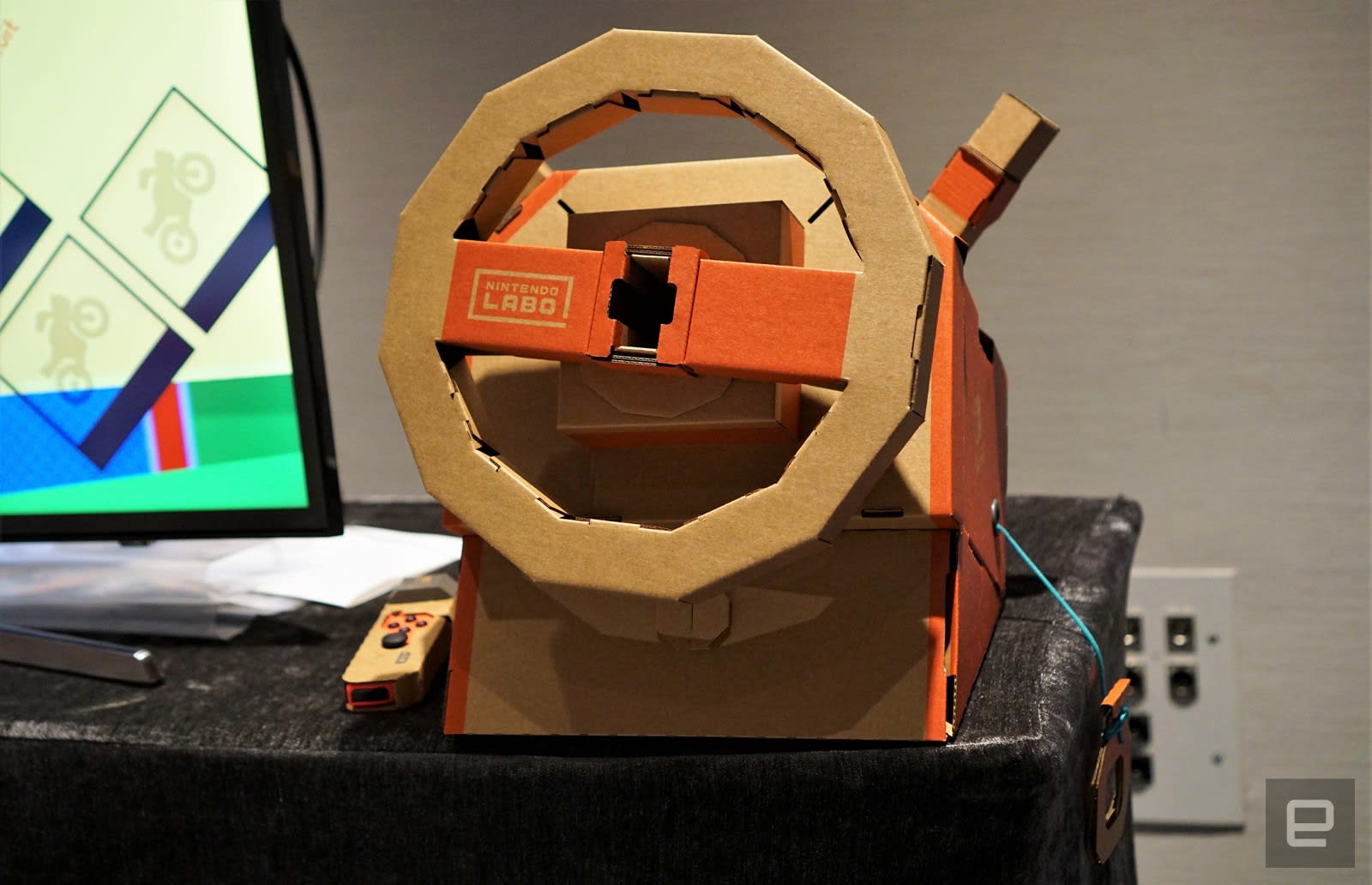 Driving with the steering wheel felt like steering a boat with arcade racing game mechanics. It takes a bit to get used to it, but it suits Labo's casual play style. This isn't something you'd want for a realistic racing game, for example. But it could be perfect for Mario Kart. It's certainly more responsive than the old Wii steering wheel.

When I swapped my Labo key over to the joystick, my virtual vehicle transformed into a small plane. It took off when I hit the pedal, and it controlled much like you'd expect. I was already sold on Labo's flexibility with the previous kits, especially the complex robot, but I was still struck by how well the cardboard joystick actually worked. My on-screen plane responded to every movement quickly, and the kit felt great in my hand. 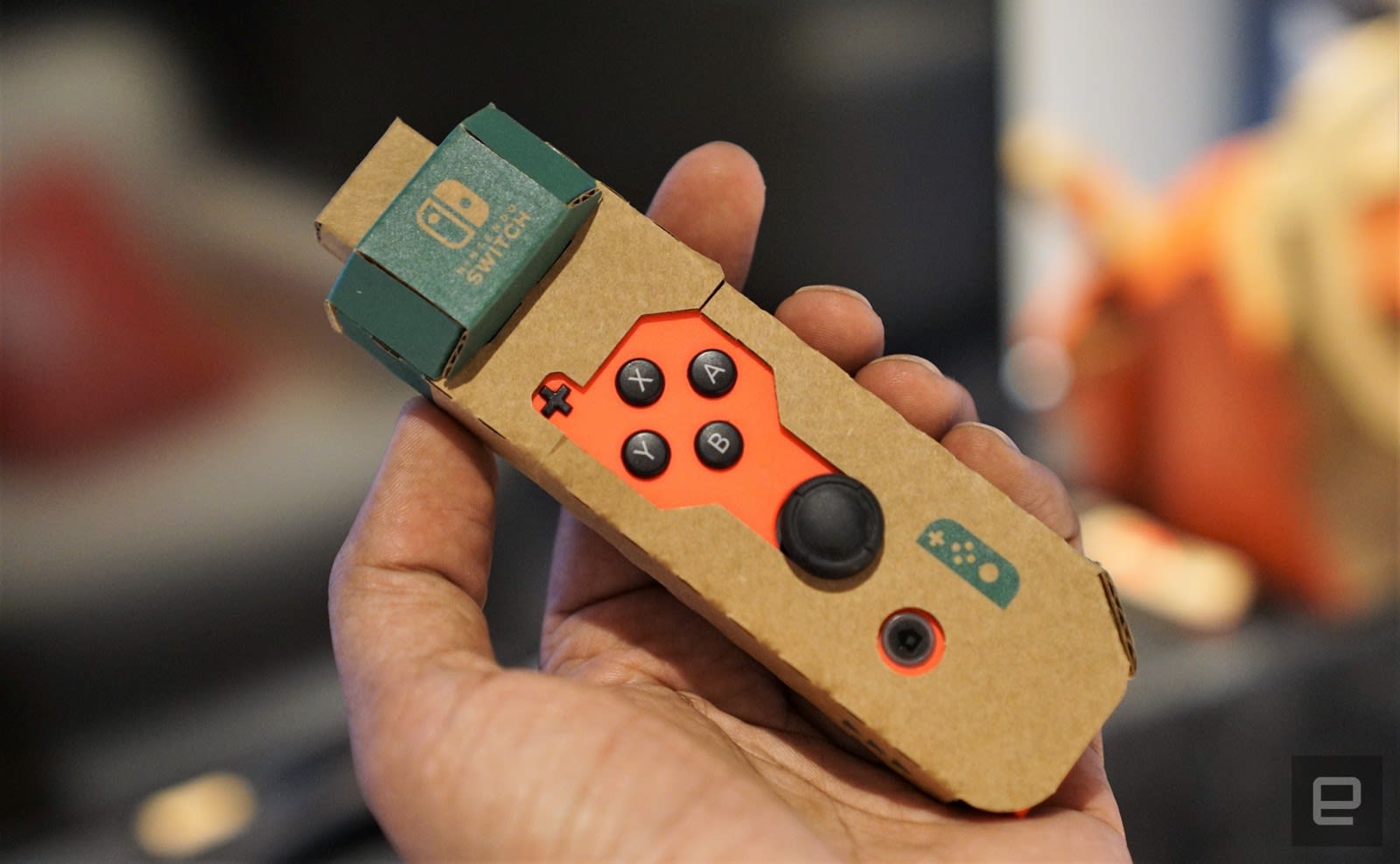 Once I got my bearings, I was able to shoot down balloons throughout the environment easily by hitting the joystick's top button. That's one of many side quests spread throughout adventure mode. I also ran into cows that I had to drive back home, and trees that I could cut down with the car's saw attachment (every driver's best friend). The entire adventure mode experience felt more well thought out than previous Labo games. And it's buoyed by other scenarios, like a battle mode where you can go head-to-head with the computer or other players, and a simple slot car game that supports up to four people. If you've got other Labo-equipped friends, you can all bring your controllers and pedals over to compete.

The Labo's submarine controller might be the most divisive, since it's not something most gamers are used to. It's a large device with two dials, which you use to control the direction of your sub's engines. There aren't any motion controls -- you simply have to get the hang of raising and lowering the engines to turn left or right, or move up and down. Even the Nintendo rep that was helping me out had trouble with it, since it's not exactly intuitive. Still, it's a nice change of pace from the other Labo vehicles, since it forces you to think about three-dimensional movement in an entirely different way. Honestly, I can't wait for Nintendo to take the next logical step and give us a bonafide Labo spaceship controller. 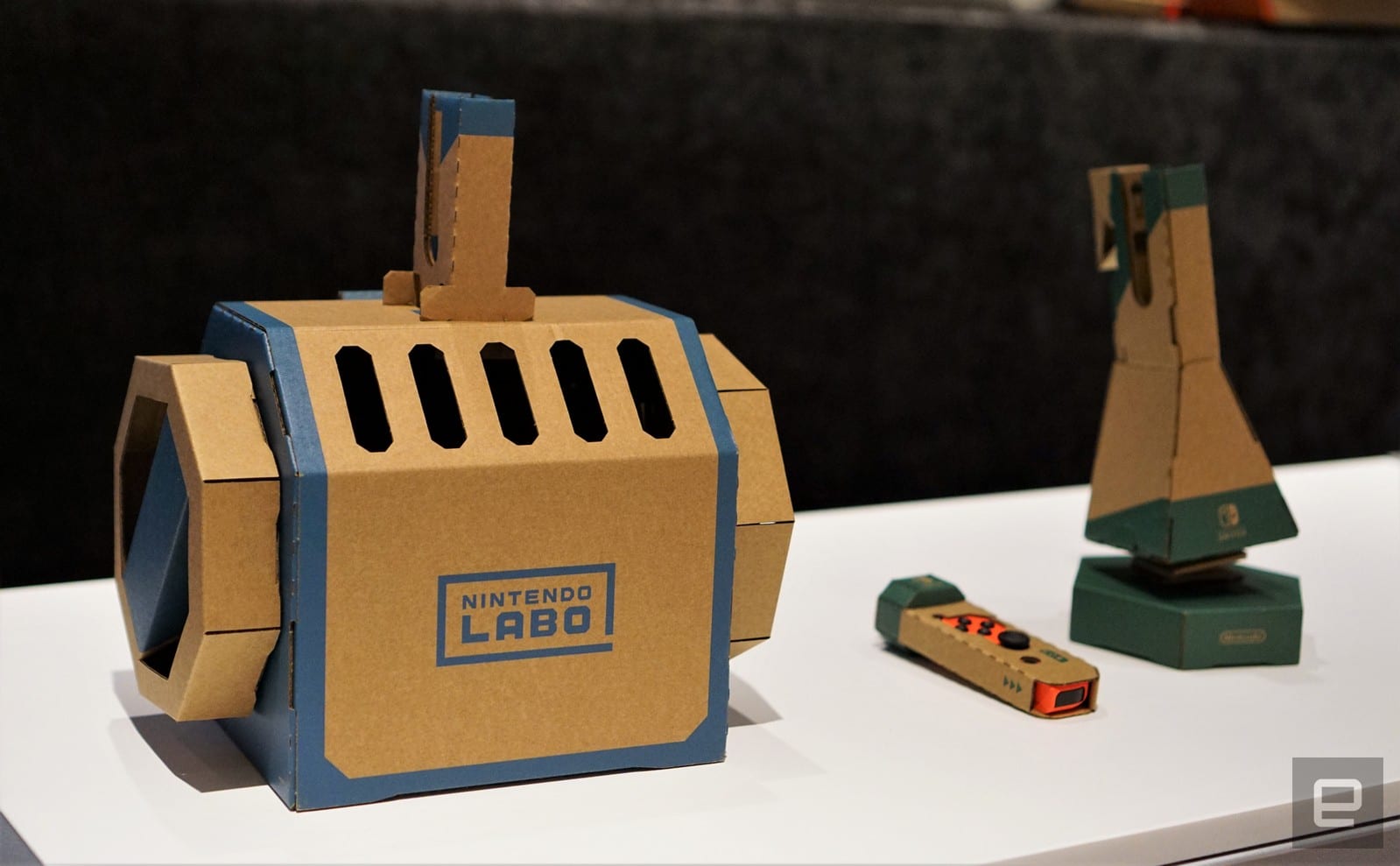 As I neared the end of my demo, I spent a bit of time decorating my car while using the Joy-Con as a virtual spray can. But first, I had to point my right Joy-Con's infra-red sensor towards the TV to orient it properly. That's not exactly difficult, but it could make this mode tough for kids to use. And it didn't help that my controller lost its orientation after a few minutes.

You'll also be able to make your own unique vehicle creations with the Toy-Con Garage mode, which appears to be even more complex than previous kits. I didn't get to test this out during my demo, but Nintendo representatives gave us a quick glimpse. You could, for example, develop alternative ways to control the Toy-Con slot car -- instead of hitting the pedal, you could just draw and program a simple dial. 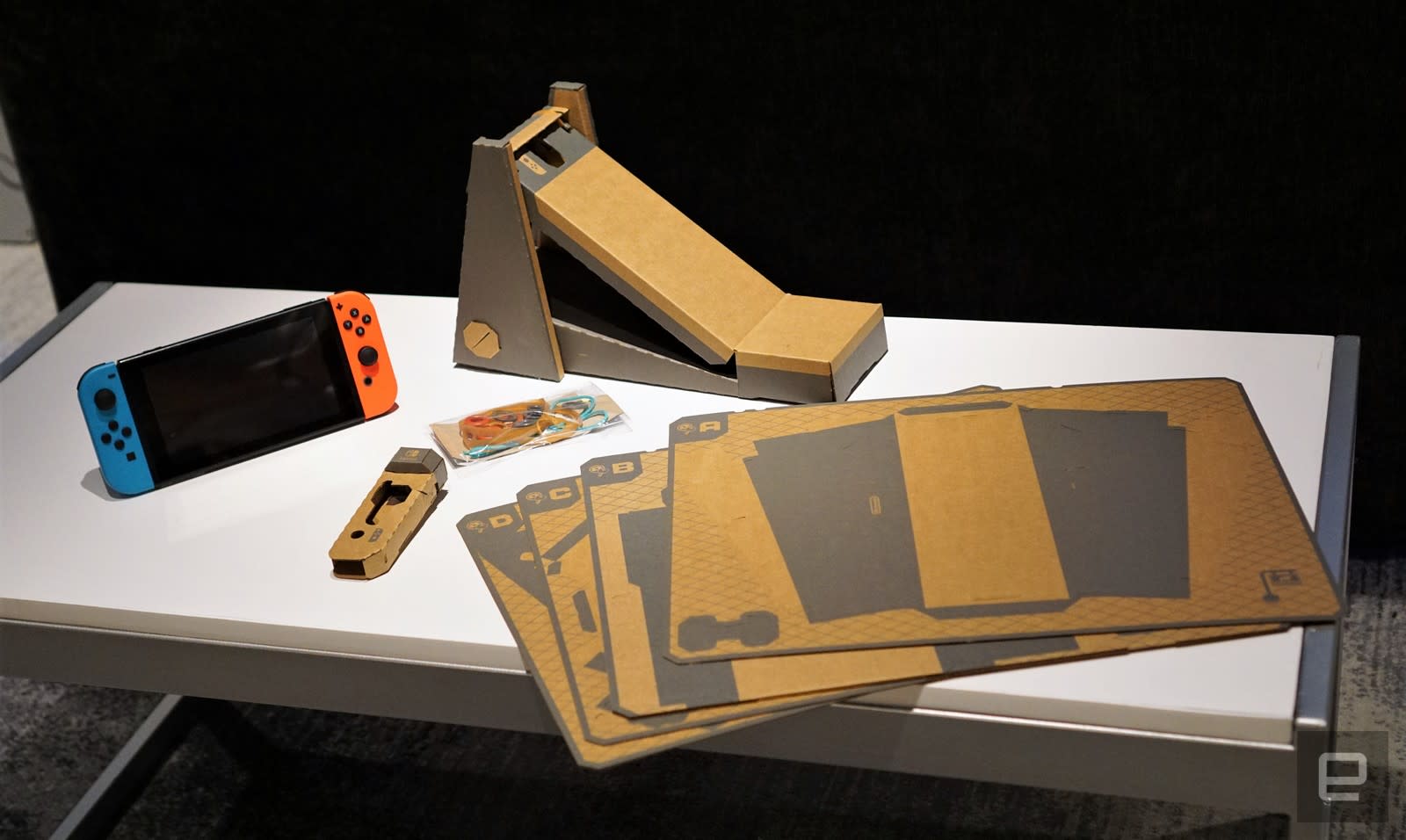 The $70 Toy-Con Vehicle Kit, which comes out on September 14th, represents everything we wanted from Nintendo's Labo. It's genuinely inventive, and it's enjoyable for kids and adults alike. While the Toy-Con Variety Kit still seems like the best choice for Labo newcomers, the Vehicle kit might make more sense as your next step, since it offers much more value than the Robot kit.