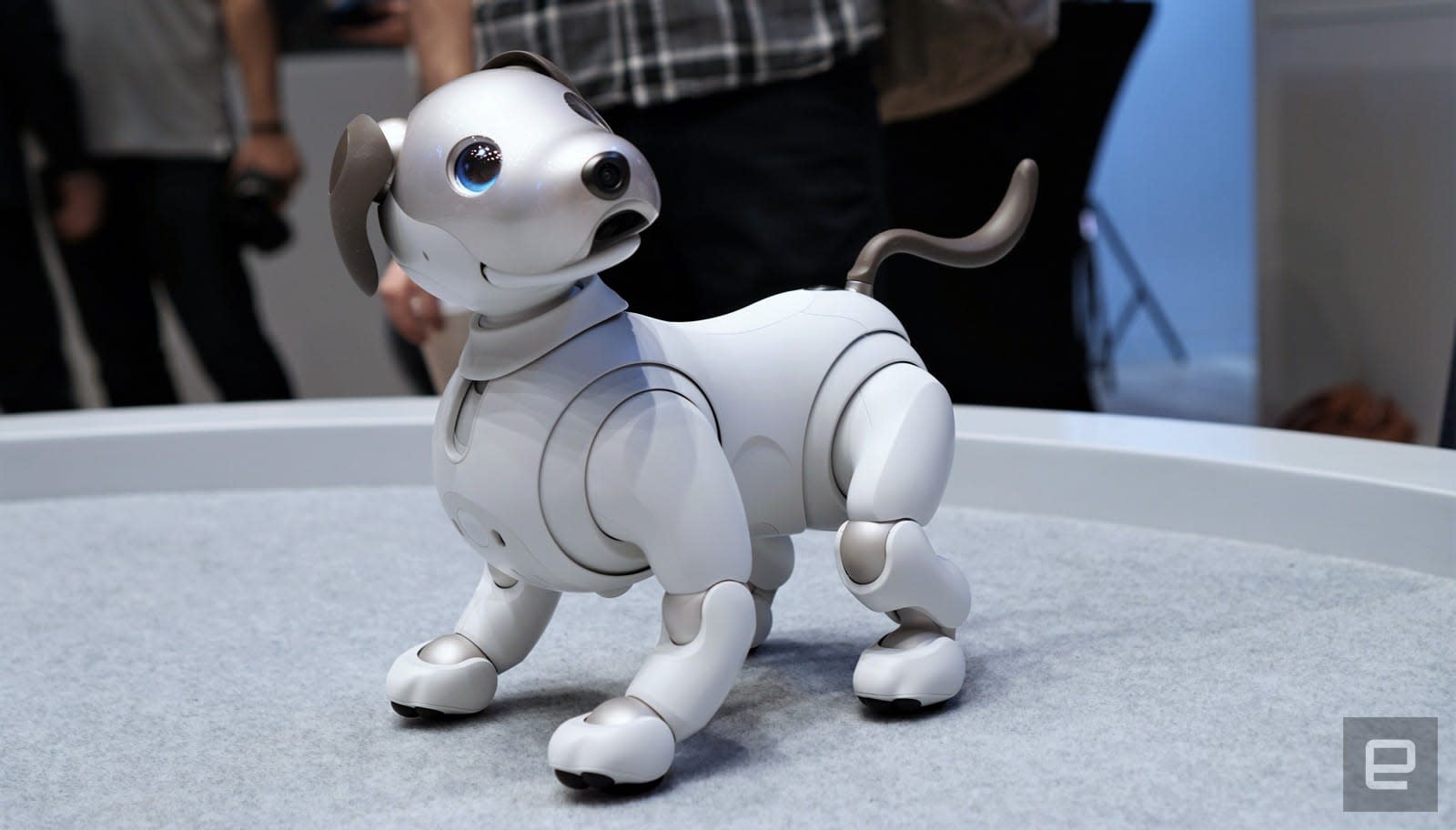 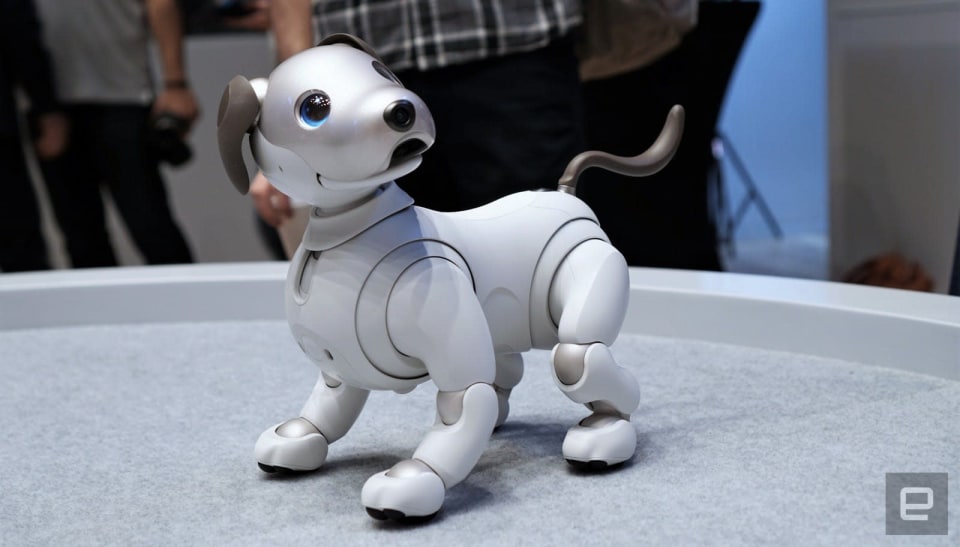 It's easy to scoff at Aibo, Sony's $2,899 robot dog. But seeing one up close might change your mind. It moves much more smoothly than before; it reacts to your pets and voice commands realistically; and best of all, it'll get smarter over time. Yes, Aibo is undoubtedly a luxury. But it brings us one step closer to the robot companions we've been waiting for. Aibo is very much a puppy. When you open one up for the first time, it won't know any tricks and it probably won't listen to anything you say. But as you play with it, Aibo will learn to recognize your face (it can recognize up to 100 people); discover how to sit and stand on command; and in general, become better trained. That $2,899 price in the US gets you three years of Sony's AI Cloud service, which will keep track of what Aibo learns every day and help it improve with AI algorithms.

At a launch event in New York City today, Sony invited press to play with Aibo for the first time. And it didn't take long for it to wiggle its way into our hearts. Just watching two Aibos wander around on their own and play with each other, while yapping with gentle puppy barks, was enough to make me want one. When I reached down to pet one on the head, it reacted with surprise and delight. And when I nuzzled its chin with my hand, it leaned into my finger as if it was actually enjoying the experience. Simpy interacting with the Aibo felt more natural than before.

Like real dogs, the demo Aibos didn't always do what I (or their handlers) asked. Partially, that's because these are new and untrained models. But Sony also purposefully made Aibo a bit disobedient, so that it would seem more realistic. That's reminiscent of Anki's Vector and Cozmo robots, which have a bit of an attitude and don't always do what you ask. Some owners might not appreciate having to train their robot dogs, but doing so might also bring them closer together.

So do you need Aibo? Probably not. But if you're an early adopter, or someone allergic to most animals, it might just fill the fur baby-sized hole in your heart.

The apocalypse will be adorable pic.twitter.com/FOTKa9lDyz

In this article: Aibo, gadgetry, gadgets, gear, robots, sony, tomorrow
All products recommended by Engadget are selected by our editorial team, independent of our parent company. Some of our stories include affiliate links. If you buy something through one of these links, we may earn an affiliate commission.