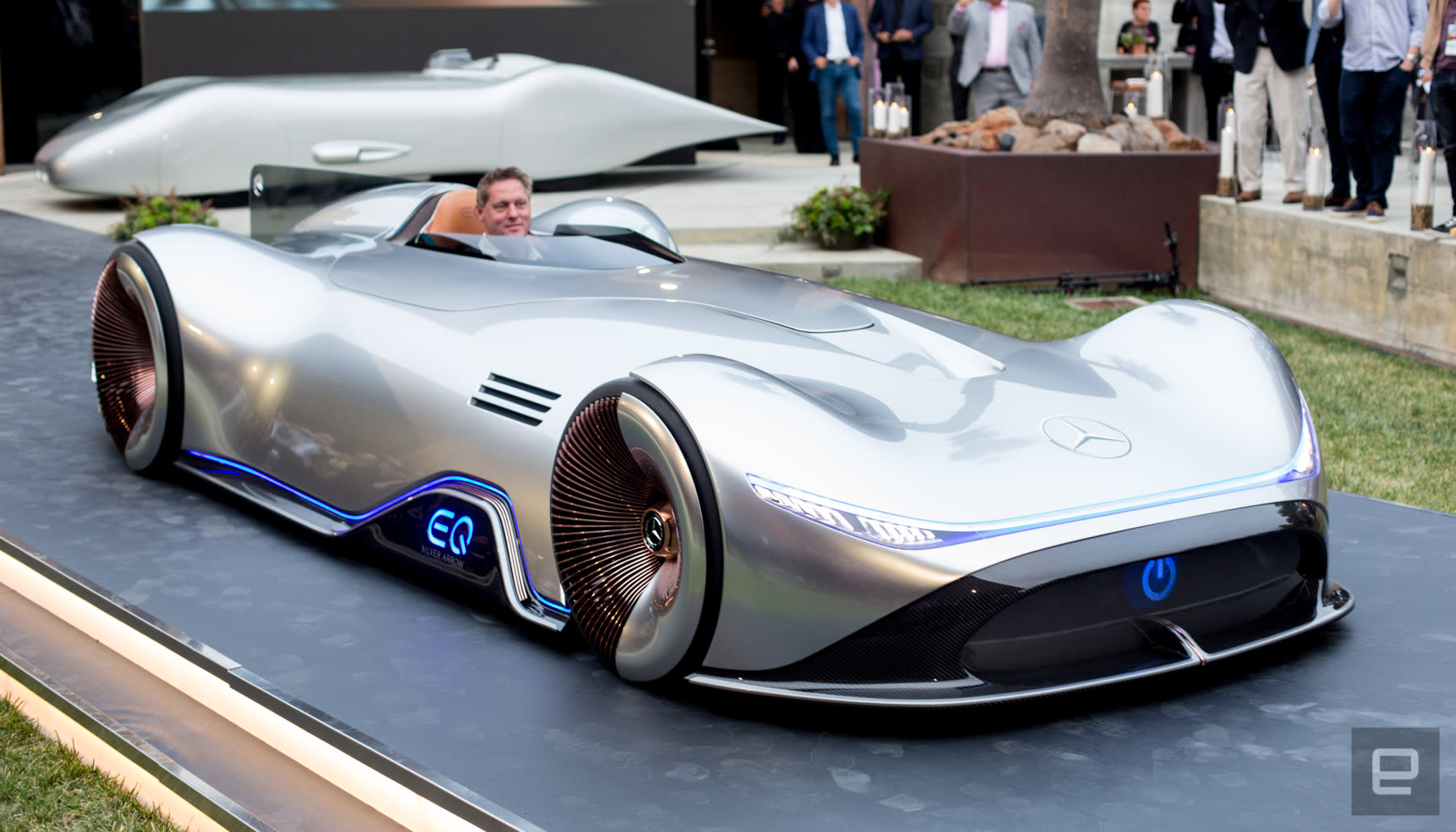 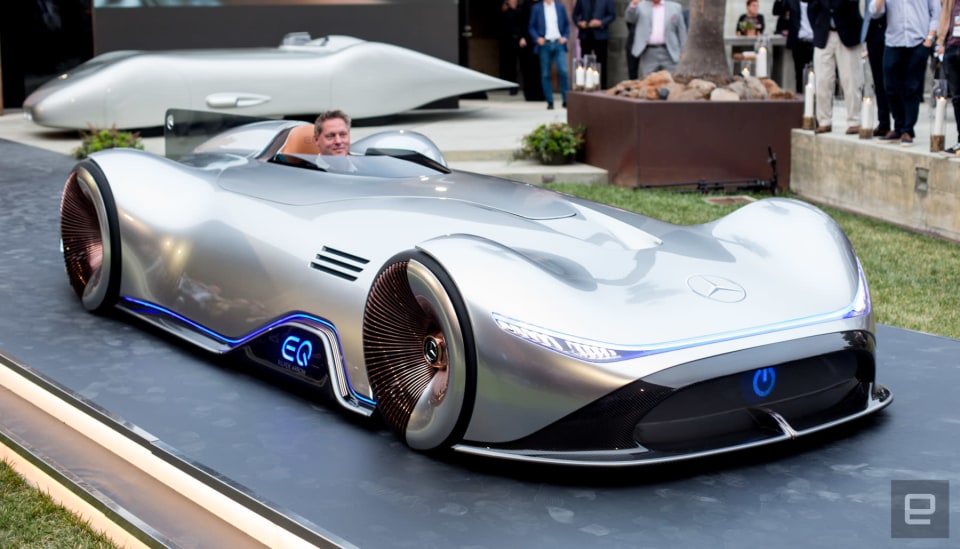 There's no shortage of electric concept cars based on vehicles of the past. But that's doesn't mean I'm any less excited about the Mercedes-Benz EQ Silver Arrow. Based on the W 125 Benz from 1937, the single-seater concept car looks like its ready for a driver with goggles and leather helmet. During an event at Pebble Beach, Mercedes-Benz unveiled the sportscar that combines retro design combined with current and future technology. The EV has an 80kWh battery pack that's good for about 248 miles before needing a recharge. The vehicle has 750 horsepower from the nearly silent electric powertrain. But, if you miss the roar of an engine, you can pipe in the sound of a Formula 1 Silver Arrow, Mercedes-AMG V8 or weird alien sounds.

While going fast shouldn't be too tough of a problem for the EQ Silver Arrow, while slowing down the brakes get a bit of help from two extendible rear spoilers. They act as air brakes creating wind resistance.

The rest of the bullet of a car is equally impressive with carbon fiber throughout and the interior a mixture of leather, brushed aluminum and walnut.

While in the leather seat, the driver has two displays: a panoramic curved cluster and a touchscreen on the steering wheel. The giant display features the ability to "virtually" race against current and old Silver Arrow cars. It's like when you race a ghost car in a video game except in real life.

Meanwhile, the touchscreen displays the speed and is used to select options like drive mode.

Like most concept cars, we'll likely never the EQ Silver Arrow in production. But, the tech in the car -- especially the EV tech -- will more than likely make its way into a real production vehicle. With Mercedes-Benz expanding its EQ EV line over the next few years, the awesome we see today will be the fun we drive tomorrow.

In this article: business, design, electriccar, eq, eqsilverarrow, ev, gadgetry, gadgets, gear, green, mercedes, mercedesbenz, pebblebeach2018, silverarrow, tomorrow, transportation
All products recommended by Engadget are selected by our editorial team, independent of our parent company. Some of our stories include affiliate links. If you buy something through one of these links, we may earn an affiliate commission.