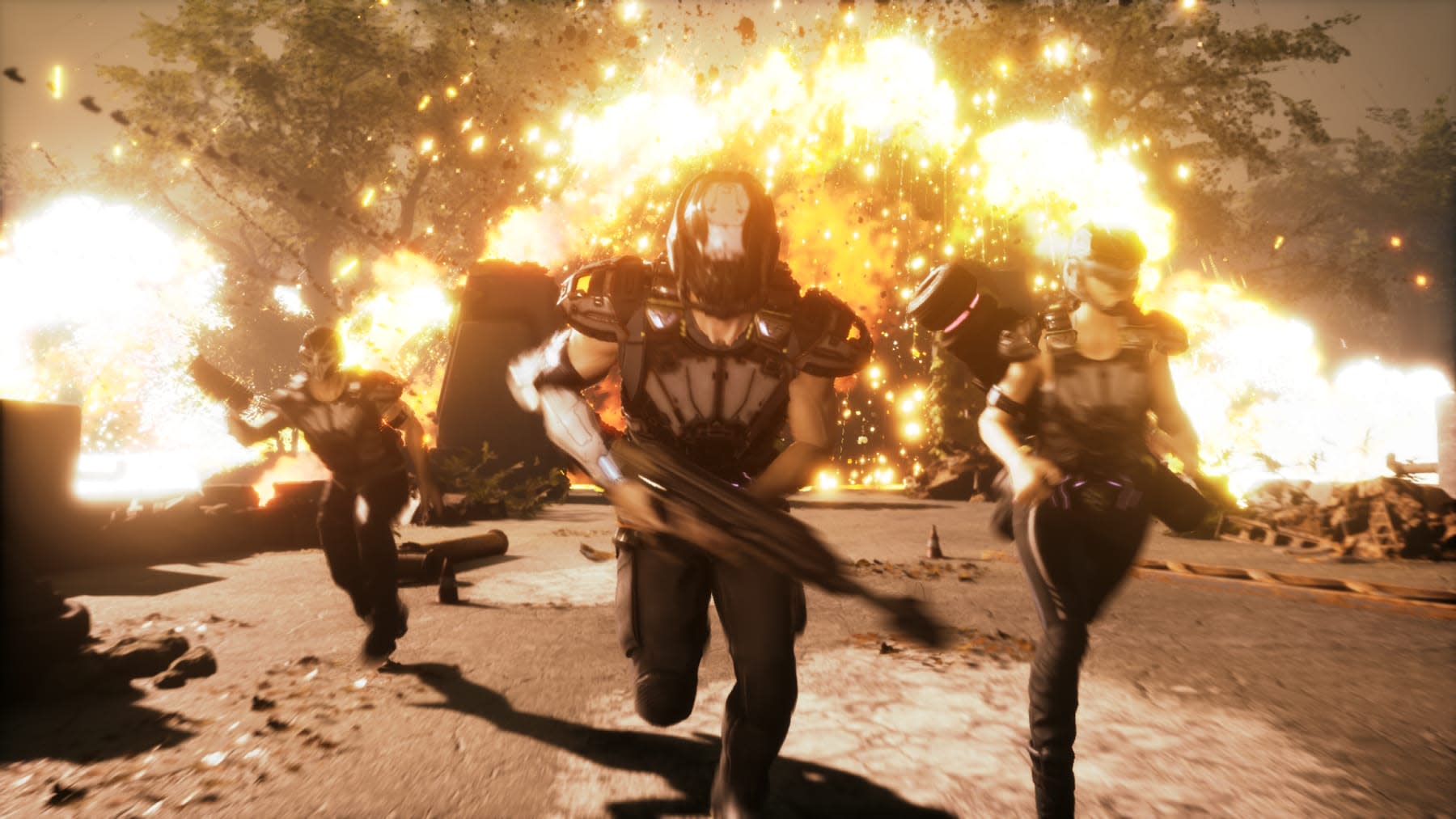 The Finnish studio isn’t giving up.

The reaction was mixed. At the time of writing, the official upload on YouTube has 290 thumbs-up and 321 thumbs-down ratings. "I'm going to miss absolutely amazing arcade titles from you guys," one user wrote. "Might as well wait for the inevitable closure announcement," another user remarked underneath.

The video in question shows a dystopian brawl between various super-soldiers with lethal weapons and fantastical abilities. It resembles a battle royale title and, more importantly, looks nothing like the arcade titles the studio is known for, such as Super Stardust HD, Alienation and Matterfall. For many, it was a shock. The Finnish studio, though, tried to telegraph the shift in a blog post last year, dramatically titled 'Arcade is Dead.' In a frank "letter to the fans," the team explained that some of its recent games, including Nex Machina, had sold poorly, despite glowing reviews.

To survive, it needed to make something different.

At Gamescom 2018, Mikael Haveri, Housemarque's head of publishing, unpacked the trailer and the reasons why the company had decided to venture into the hyper-competitive world of battle royale titles.

First of all, he said, Stormdivers will be more than a battle royale game. It will, admittedly, launch with a 'last man standing' mode that's broadly similar to Fortnite and PUBG. Over time, though, more modes will be added, expanding its scope and further differentiating from the already popular and rapidly evolving competition. Secondly, Haveri said, the team started working on prototypes in February 2015, long before the genre's meteoric rise in popularity. "We started with a high-level concept that was pitched internally as Smash Bros. meets The Hunger Games," he explained.

The combat will be appropriately complex, too. Players will pick from three different classes, all of which offer unique movement abilities. These include jetpacks, teleportation and a special camouflage that also lets you float up walls. Every fighter will also be equipped with a glider that works in a similar fashion to Iron Man's high-tech boosters. All of these options should give the game a sense of verticality. It's something that Housemarque has wanted to explore for a while, and is one of many reasons why the game doesn't have a top-down perspective like Nex Machina.

Every battle royale game has some kind of 'circle' that aggressively pushes players together. Housemarque is opting for a stormy, Mad Max-style "wall" that envelops players if they get too close. It will take different shapes, which players can quickly track on a miniature weather map. Sometimes, for instance, a wind tunnel might form, creating a protected but potentially enemy-filled funnel between two safe zones. Weather fronts will also be colored red and green to indicate whether they're slow or fast-moving. "You'll have to look around yourself and the map to know when you need to move," Haveri explained.

Even in a so-called safe zone, the game will try to flank you with environmental hazards. A sudden tornado, for instance, will throw you up into the air, providing a crucial vantage point in seemingly flat, open areas. It will also take off some health, however, making it a high-risk strategy for low-health players. They will be joined by lightning storms, solar eclipses that plunge the map into darkness -- and varying levels of volcanic eruption.

The team is experimenting, too, with how to bring some of its arcade roots into the game. During our interview, Haveri mentioned boss fights and chaotic "bullet hell" sequences. They could form part of the battle royale mode or a different match type that borrows from Crytek's online monster-slayer Hunt: Showdown. 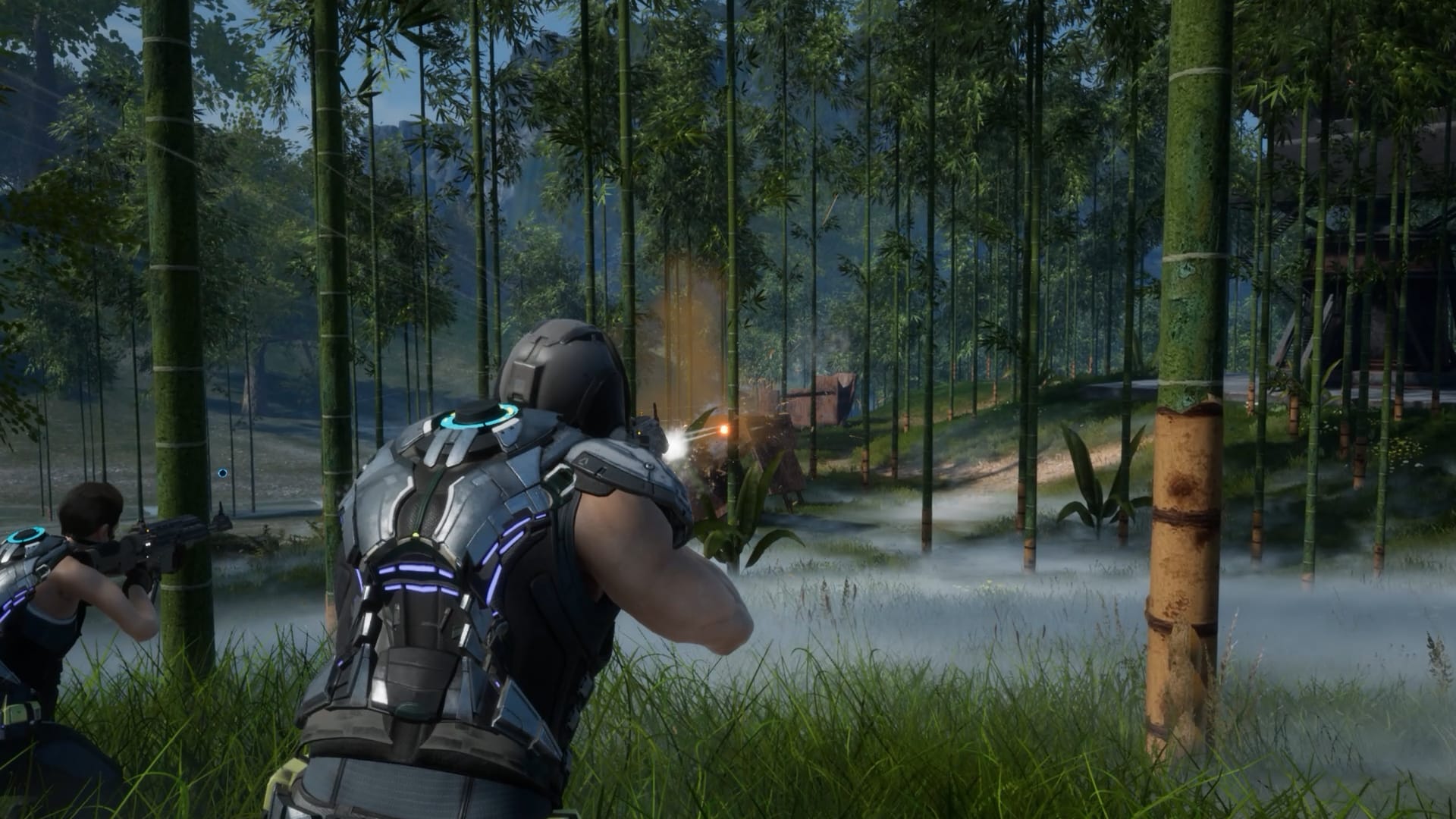 "Imagine getting your team together to go fight off some enemies and all of a sudden these turrets come up with bullet hell elements," Haveri said. "We have a lot of history we can draw on. But first we need to show off our skills in something that's more PvP-oriented to get things started."

If the team is successful, it's possible that Stormdivers that will morph into something unrecognizable from traditional battle royale games. "If it doesn't fit your battle royale perspective, then let's not call it battle royale," Haveri said defiantly. "Let's call it something else. We don't know what to call it [yet], but that's where we're taking this game. That's the future."

"If it's not perfect, then we'll figure it out."

Stormdivers won't be littered with loot boxes, either. The game will have an upfront fee, like all of Housemarque's previous titles, and there won't be a free-to-play option. Equipment will be obtained through optional objectives and mini-missions during each match. If you find a snazzy sword, for instance, and kill a certain number of people -- or place in the top 10 at the end of the match -- you could earn the right to keep it. Haveri said these side-tasks will "stir up your gut a little bit" and "give you some more adrenaline" during each play session. "We're taking a different approach," he added.

Housemarque knows it has an uphill battle ahead. The studio is confident, though, that the final product will be successful and win critics over. If it doesn't, the team will simply hunker down and work on it until it does.

"If it's not perfect, then we'll figure it out," Haveri said. "We're very passionate about this and I think we can do a lot with the genre and this competitive environment that is uniquely available to us because of the history we have. There's a lot that could go right if people give us a chance."