Samsung's new wearable tries to do a bit of everything.

Samsung's Galaxy Note 9 and Galaxy Watch officially went on sale today, but here's the thing: we've fully reviewed the former and only just received the latter. (Well, 48 hours ago, to be precise.) As a result, we're still working on our full Galaxy Watch review, which should drop sometime next week. But, the first two days with the Galaxy Watch have already revealed a lot about how well Samsung's updated wearable experience works.

I've made this point in the past, but it's worth repeating: Samsung's rotating bezel is the best way to interact with a smartwatch, period. There's no room to argue here. The tiny touch targets on a smartwatch's diminutive screen can be a pain, and an overabundance of buttons only makes things more confusing. Even the Apple Watch's rotating Digital Crown doesn't quite compare to Samsung's surprisingly intuitive approach. Granted, it's a little too easy to clutter up the Galaxy Watch's interface with an endless list of widgets to scroll through, but the clicky, rotating bezel makes finding what you're looking for a breeze.

I'm wearing the bigger, 46mm version of the Watch for one reason: its battery. At 470mAh it's close to twice the size as the one you'll get in the smaller model, and to me, that's almost reason enough to write off the 42mm variant entirely. Samsung says that, if you play your cards right, this Watch will run for between four to six days on a single charge. For a full-blown smartwatch, that's pretty damned impressive. I haven't had the thing long enough to see if those claims hold up, but so far things are on the right track. The Watch had about an 80 percent charge when I picked it up from Samsung, and it died after two days of fairly consistent use — including some heavy-duty workouts that nearly killed me.

I could've squeezed more life out of it if I used the built-in Battery Saver mode, which turns the screen grayscale and shuts off all but the most basic smartwatch functionality. Since I just got the watch, intentionally hobbling it for a bit wasn't going to happen -- not now, anyway. Once the new gadget novelty wears off and I stop fiddling with the watch so often, it's possible (though unlikely) I could hit the six day mark Samsung crowed about. Emphasis on "possible." I've heard that some of the smaller Watches have put up less-than-impressive battery life figures, so unless it's just way too big for your tiny wrists, this version of Galaxy Watch is the better choice. 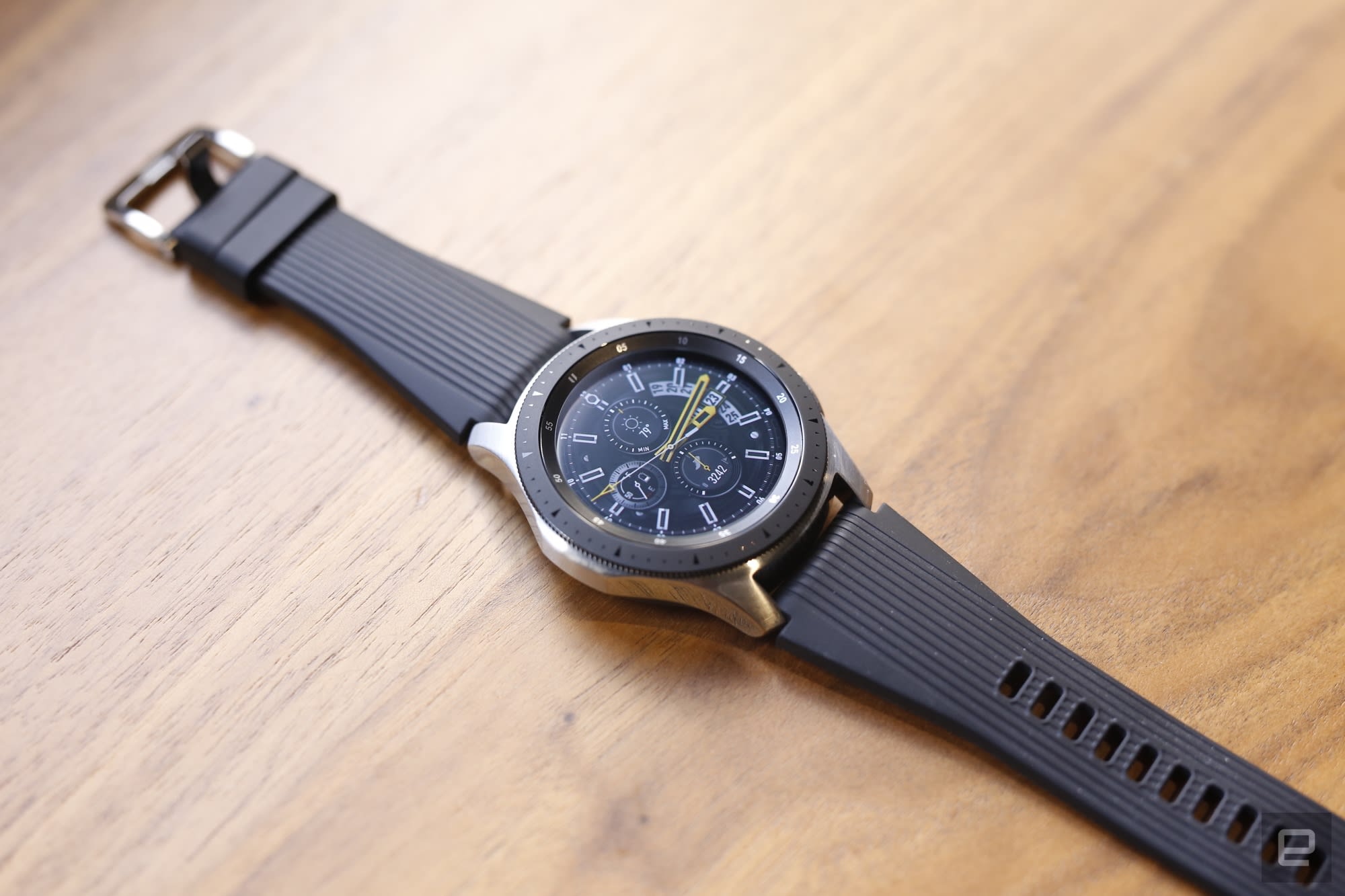 So long, S Voice! This year, Samsung decided its Bixby assistant should handle your spoken commands, and so far it handles the basics well enough. It doesn't have trouble telling when I've said "Hi, Bixby" to get its attention, and it's surprisingly good at converting spoken word to text messages. I need to spend more time digging in here though, because Bixby was always meant to handle much more. When it launched on the Galaxy S8 and S8 Plus, the assistant could handle surprisingly complex voice commands. And with the launch of the Galaxy Note 9, Bixby has received a major facelift and better integrations with third-party apps. Bixby as a whole still feels lacking, though, and my experience with Bixby on the Watch hasn't revealed much innovation.

Samsung seems acutely aware of this, too. Bringing its home-brew voice assistant to a wearable for the first time should probably merit some kind of fanfare, but look at Samsung's website and press releases about the Galaxy Watch: Bixby barely gets a nod at all. 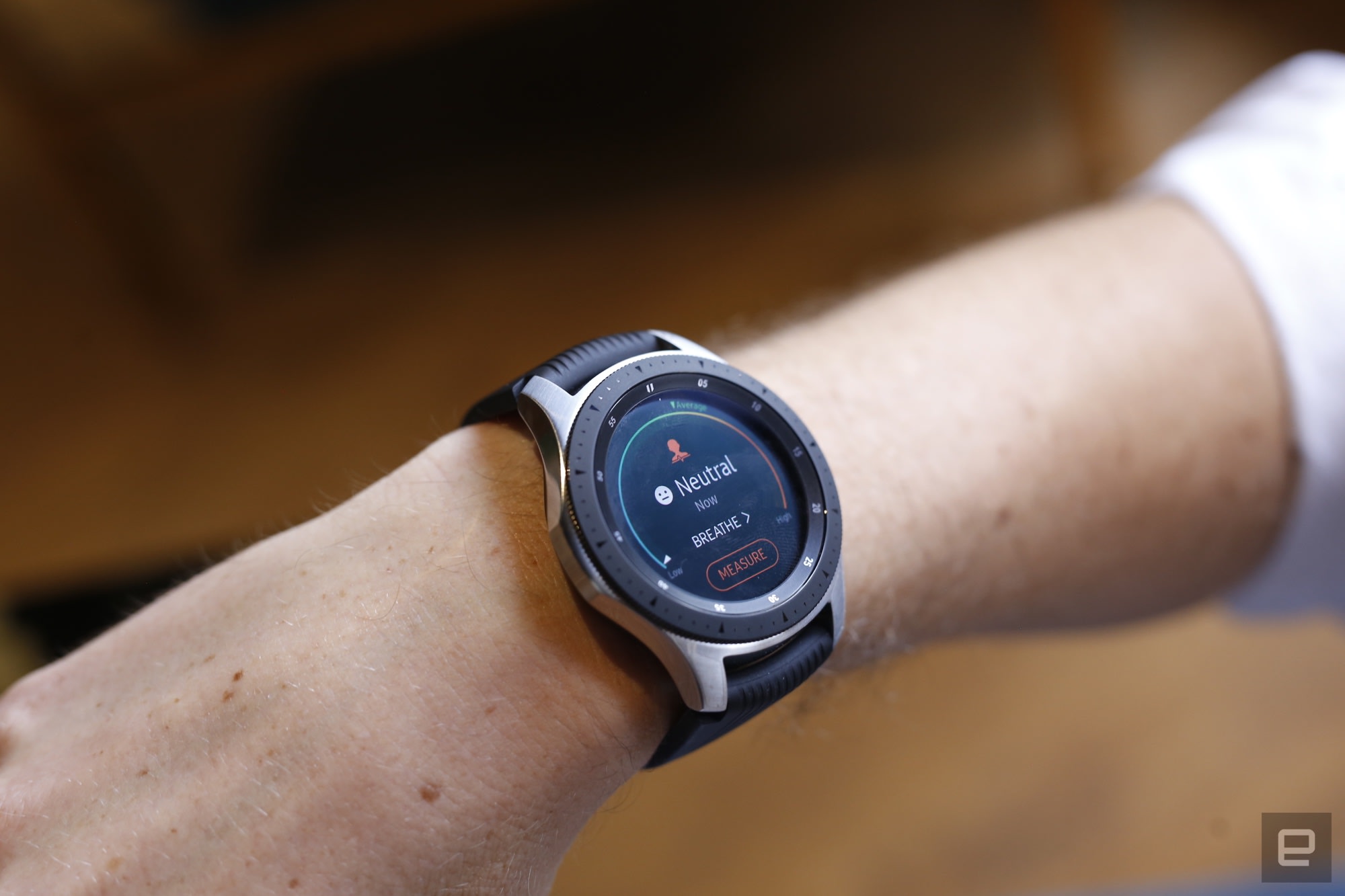 New to the Galaxy Watch is a stress management feature that tries to detect those moments when you're freaking out and offers breathing exercises to help you chill. The feature itself is fairly straightforward: the first few times you check your stress levels (though a handy widget that's enabled by default), the Watch sets up a baseline heart rate that it checks against in the future. Needless to say, you should be pretty relaxed when you first use the feature. The thing is, it seems to take a while for the Watch to figure out what your heart is doing when you're really stressed, so you'll have to wait at least a few for any real insight to kick in.

I logged my first stress test just after receiving the Watch, and my levels were all green — fitting, since I wasn't particularly worried about anything. The screen displayed the word "neutral" just to confirm that everything was alright. Shortly after that, though, Samsung put a group of gathered journalists through an intense workout and asked us to check our stress levels again. That time, the stress meter's digital needle was way in the red, and I would've expected the Watch to flag the situation in some way. It didn't. I can't be too harsh on this feature since it probably needs more time to really get acquainted with my resting heart rate but if there were ever a time to offer calming breathing exercises, that was it. 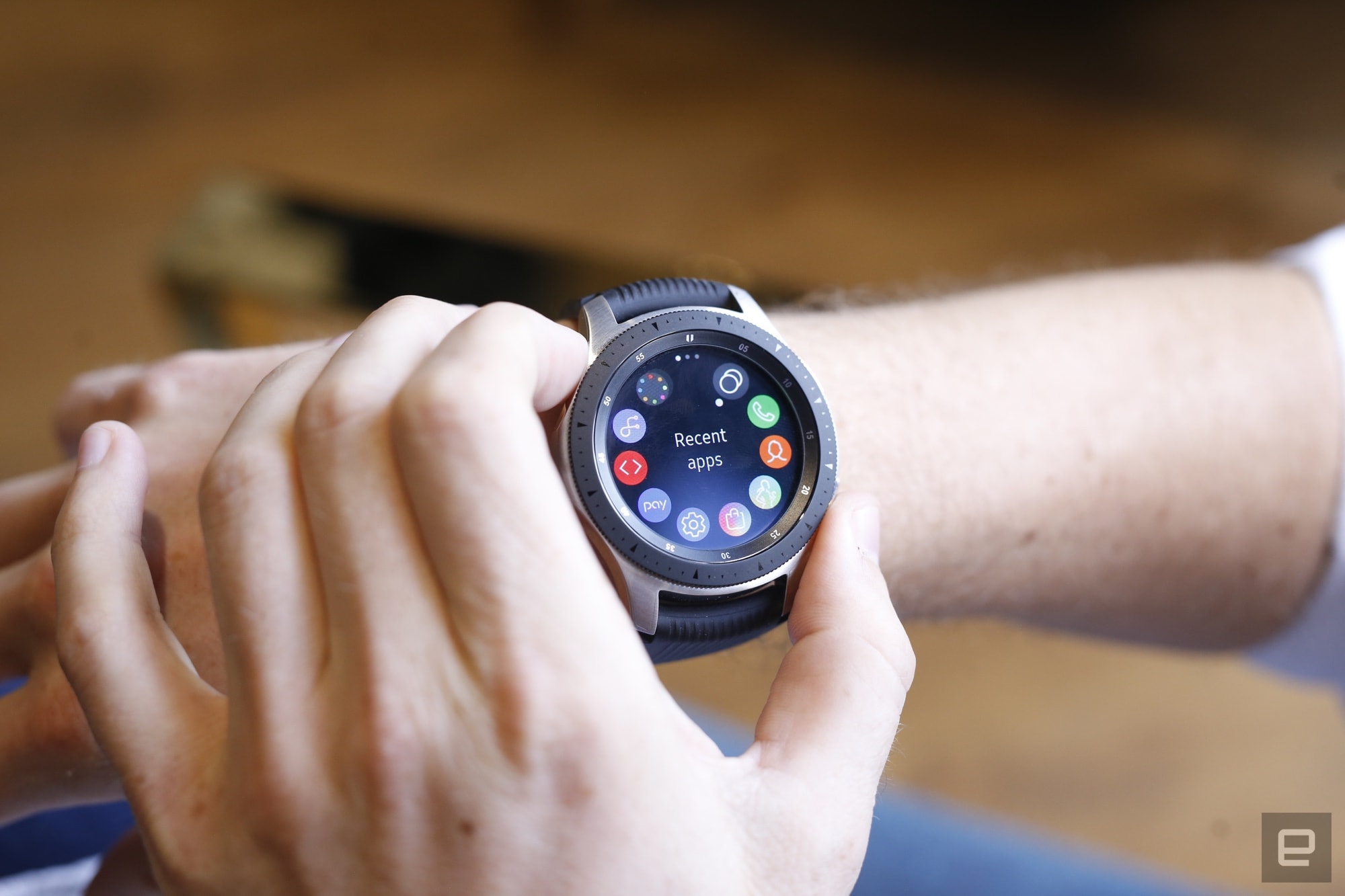 My testing isn't over yet, but I'm pleased to see Samsung trying to make its wearables a little more thoughtful. Even with Apple's own updated Watch on the horizon, the Galaxy Watch seems like a strong option for Samsung fans and people waiting for Google to do new things with Wear OS. Things could change over the next few days, though — you'll just have to stay tuned.