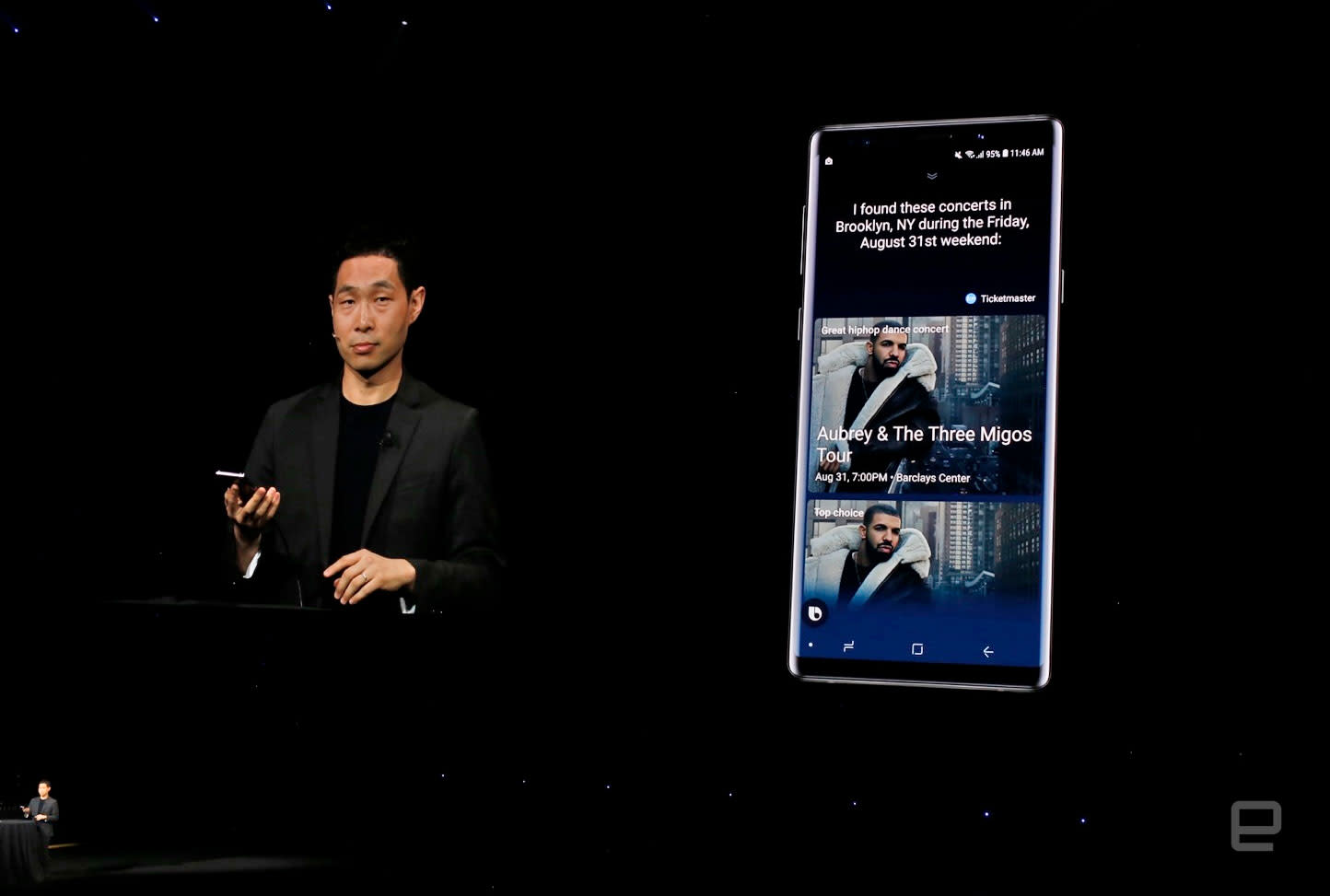 Samsung understandably focused most of its attention on the Galaxy Note 9 at its Unpacked event, but it also used the media gathering to unveil the next generation of Bixby, and... well, it's a mixed bag. The new AI helper delivers some sincerely helpful functional improvements. It can find events near you, and it will not only attach Yelp ratings when you search for things to do but also deliver results based on your personal preferences. If you're fond of sushi, for instance, those restaurants will float to the top. You can also reserve restaurants, hail Uber rides and perform certain other tasks right from Bixby, with tight Spotify integration on the way.

Adobe added that its document-scanning technology was baked into Bixby Vision, helping you turn receipts and forms into easily readable files. The feature is included on the Note 9 and available as a download from Galaxy Apps.

The problem, as my colleague Chris Velazco pointed out, is that a lot of this isn't new. Uber rides, Yelp ratings and Spotify music controls? Competing assistants have had those for awhile. And while instant table reservations are a big deal, Google Duplex can set up reservations even at eateries that only take bookings by phone. It was somewhat telling during the presentation when Samsung's Ji Soo Yi told audience members, "You can clap," when they responded to some of his Bixby announcements with silence -- the news just wasn't that impressive.

It was also evident that some of Bixby's quirks remain, such as its stilted voice. Bixby still has some distinct advantages over other assistants, to be clear. It's virtually the only game in town if you want fine-grained voice control over the phone interface, and it'll be considerably more valuable when Samsung's Galaxy Home speaker arrives. However, you might be disappointed if you were expecting a complete transformation of Bixby that put it on par with years-older competitors like Amazon's Alexa or Google's Assistant.

In this article: adobe, adobescan, ai, bixby, bixbyvision, gear, internet, mobile, note9event, samsung, services, smartphone, voiceassistant, voicecontrol
All products recommended by Engadget are selected by our editorial team, independent of our parent company. Some of our stories include affiliate links. If you buy something through one of these links, we may earn an affiliate commission.