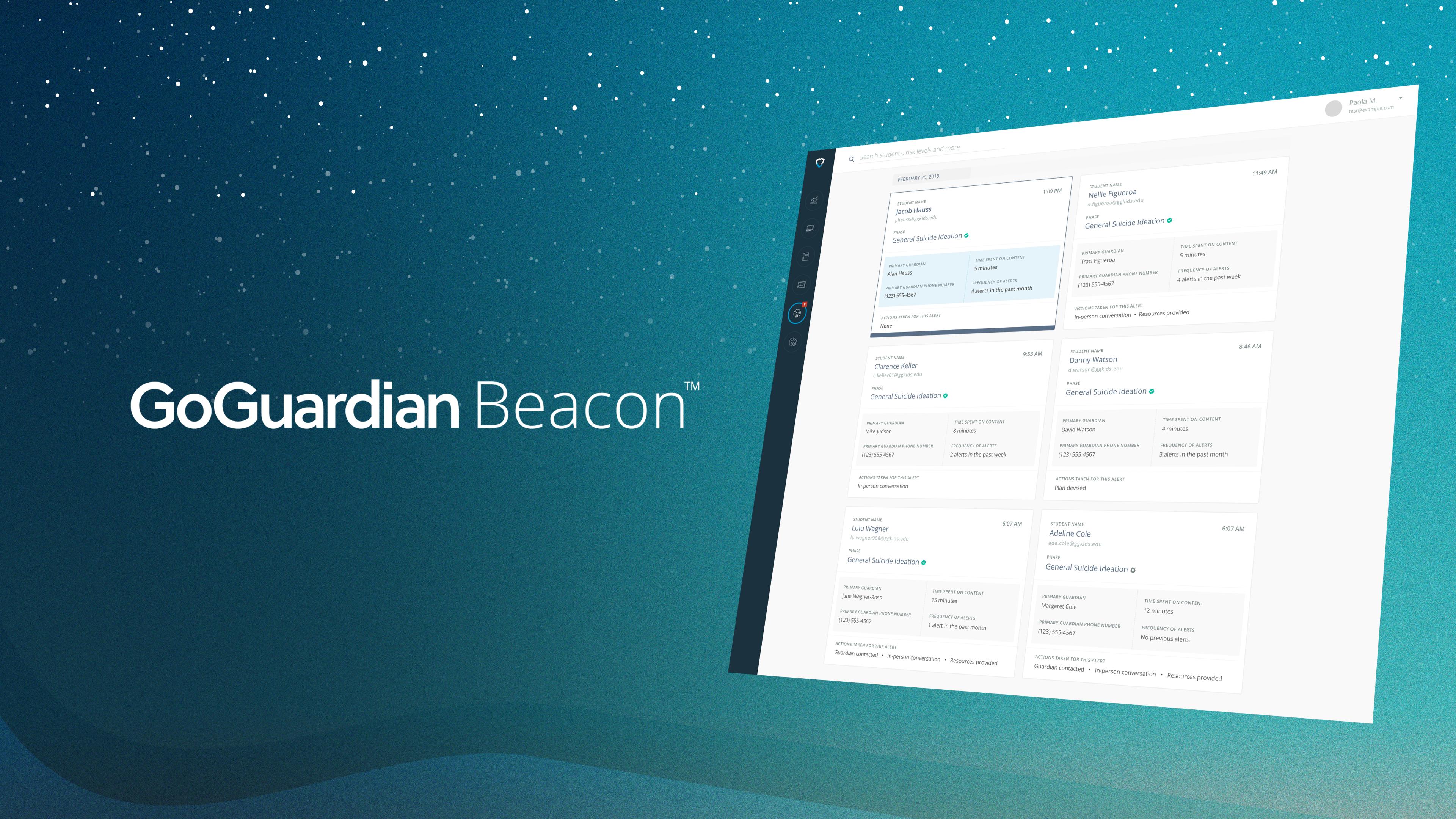 A company that makes internet filters and Chromebook management software for schools is launching a product today that detects when K12 students are at risk of suicide or self harm. GoGuardian serves about 4,000 school districts in the US, totaling about 5.3 million students, and is meant to act as "an early-warning system to help schools proactively identify at-risk students to quickly get them the assistance they need."

The product, called Beacon, is a system that's built into school-provided computers and uses AI to understand students' browsing behavior. When it detects something is amiss, Beacon will alert a school counselor or psychologist, informing them that a user has been flagged. When the counselor opens the alert in Beacon's administrator dashboard, they'll see the student's identity and behavior that triggered the alert. Depending on how each school configures Beacon, the counselor will also see information like how to contact local authorities and the child's parents. They can also add their own assessment of the student's risk level and note if they had followed up.

GoGuardian CEO Advait Shinde told Engadget that Beacon has been in testing for almost a year, and in that time the system has flagged about 2,000 cases per week. On occasion, school staff who were alerted by Beacon were able to get parents to intervene in the nick of time.

In this article: classroom, education, gear, goguardian, internet, school, selfharm, suicide, suicideprevention, teenagers
All products recommended by Engadget are selected by our editorial team, independent of our parent company. Some of our stories include affiliate links. If you buy something through one of these links, we may earn an affiliate commission.