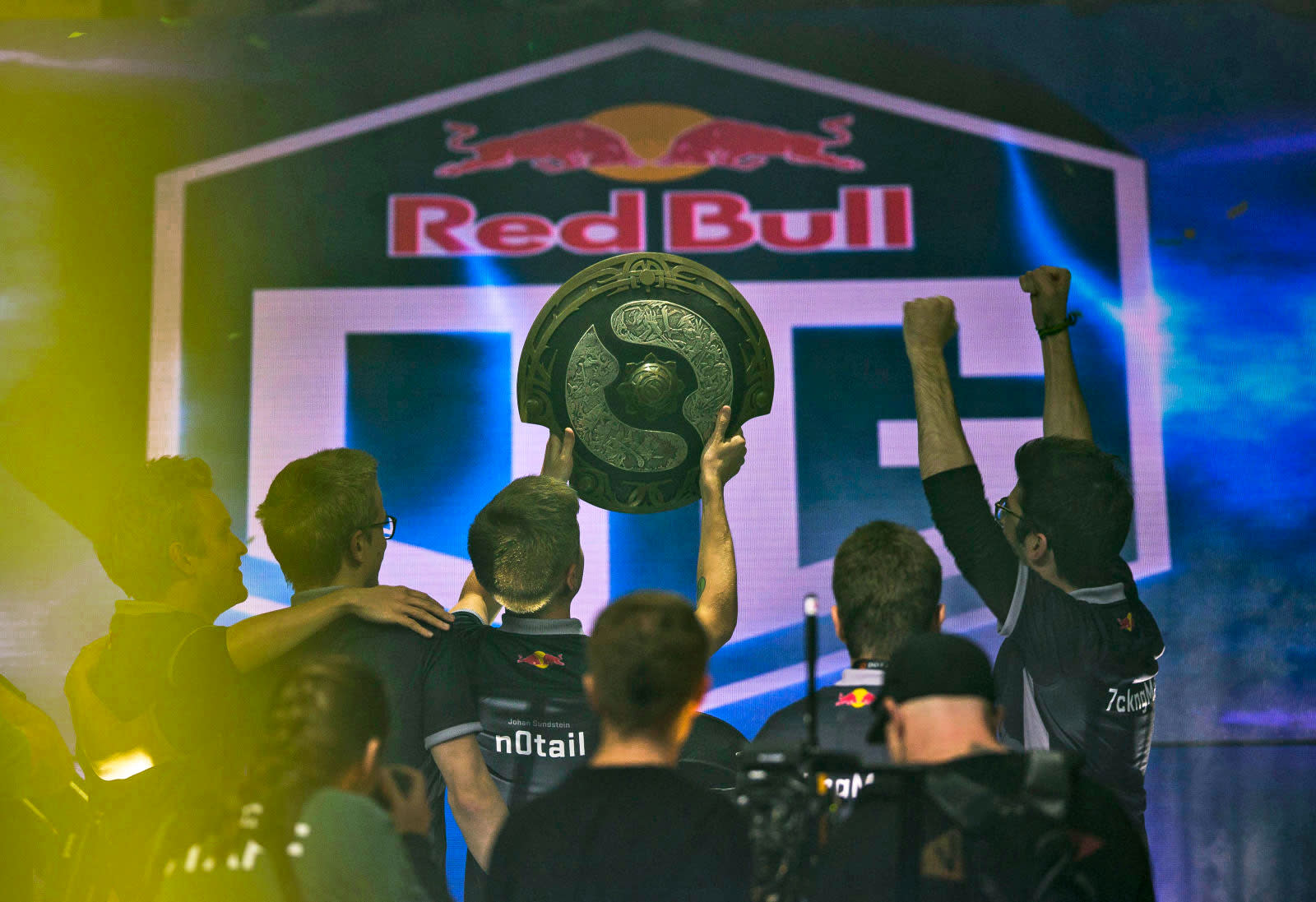 AI may have beaten the world's best Go player, but Dota 2 pros have shown that in their game, humans are still top of the food chain -- for now, at least. Last week, Dota 2 players from around the world clashed at the biggest tournament of the year, The International, with team OG taking the title and over $11 million in prize money. Arguably more important, though, was the contest of man versus machine(-learning) in a best-of-three exhibition series.

OpenAI, the research group co-founded by Elon Musk, took its team of five bots to The International to square up against professional players in their toughest test yet. Earlier in August, OpenAI wiped the floor with a squad of Dota 2 casters and ex-pro players in a warm-up match. At The International, however, paiN Gaming and an all-star team of Chinese pros avenged the previous losses, beating OpenAI in two games and taking the series for the humans.

It's perhaps unfair to compare the two matches played either end of August, because the rules for these battles are changing all the time. Dota 2 is extremely complex, and there are many gameplay mechanics OpenAI hasn't introduced its bots to yet. For the sake of fairness, the humans aren't allowed to use these mechanics either. Dota 2 has over 100 heroes for players to choose from, for example, but OpenAI only knows how to play 18 of them, so both teams have to pick from that limited pool. It works both ways, though, with OpenAI recently handicapping its bots with a human-like 200ms response time.

There were two big changes to the rules this time around. For one, the teams didn't pick their own heroes. Instead, some of the best minds in Dota chose the heroes for both sides to ensure a balanced match. Way more important, though, was both teams only had one courier at their disposal. In normal Dota 2 games, the courier is a lone unit all players share control of. It flies around the map delivering items to players so they don't have to retreat and collect them personally. Some items restore health and mana (used to cast spells), allowing heroes to stay out on the map longer rather than going back to base to regenerate. Courier management is key to early game success, and the best teams make a point of hunting the enemy's courier, taking it out of the game for a few minutes to gain an advantage.

In previous OpenAI games, each player has had their own, permanently invulnerable courier. This helped the OpenAI bots craft their preferred strategy of grouping up to take strategic objectives on the map. This high-pressure style is particularly effective when courier management is a non-issue, because each one can deliver an unending stream of regeneration items. OpenAI only began training against itself in single courier matches a few days prior to its first test against the pros. Despite this inexperience, the games against paiN and the all-star Chinese team we're close, lasting between 45 and 51 minutes.

In the end, the pros showed why they're pros, and graciously, OpenAI didn't put the losses down to the courier change. This is just the latest, not the final test of OpenAI's Dota 2 bots, of course. There are still many gameplay mechanics and heroes for them to master, and next steps include "more training, bugfixes, and to remove the last pieces of scripted logic" so the bots are truly free to make their own decisions. But all of this isn't just for the sake of beating pros at their own game, remember. As OpenAI describes, "it's about building AI technologies in a safe sandbox which will help us build advanced systems in the future."

In this article: ai, artificialintelligence, av, dota2, elonmusk, gaming, machinelearning, openai, openaifive, personal computing, personalcomputing, TheInternational, tomorrow, valve
All products recommended by Engadget are selected by our editorial team, independent of our parent company. Some of our stories include affiliate links. If you buy something through one of these links, we may earn an affiliate commission.