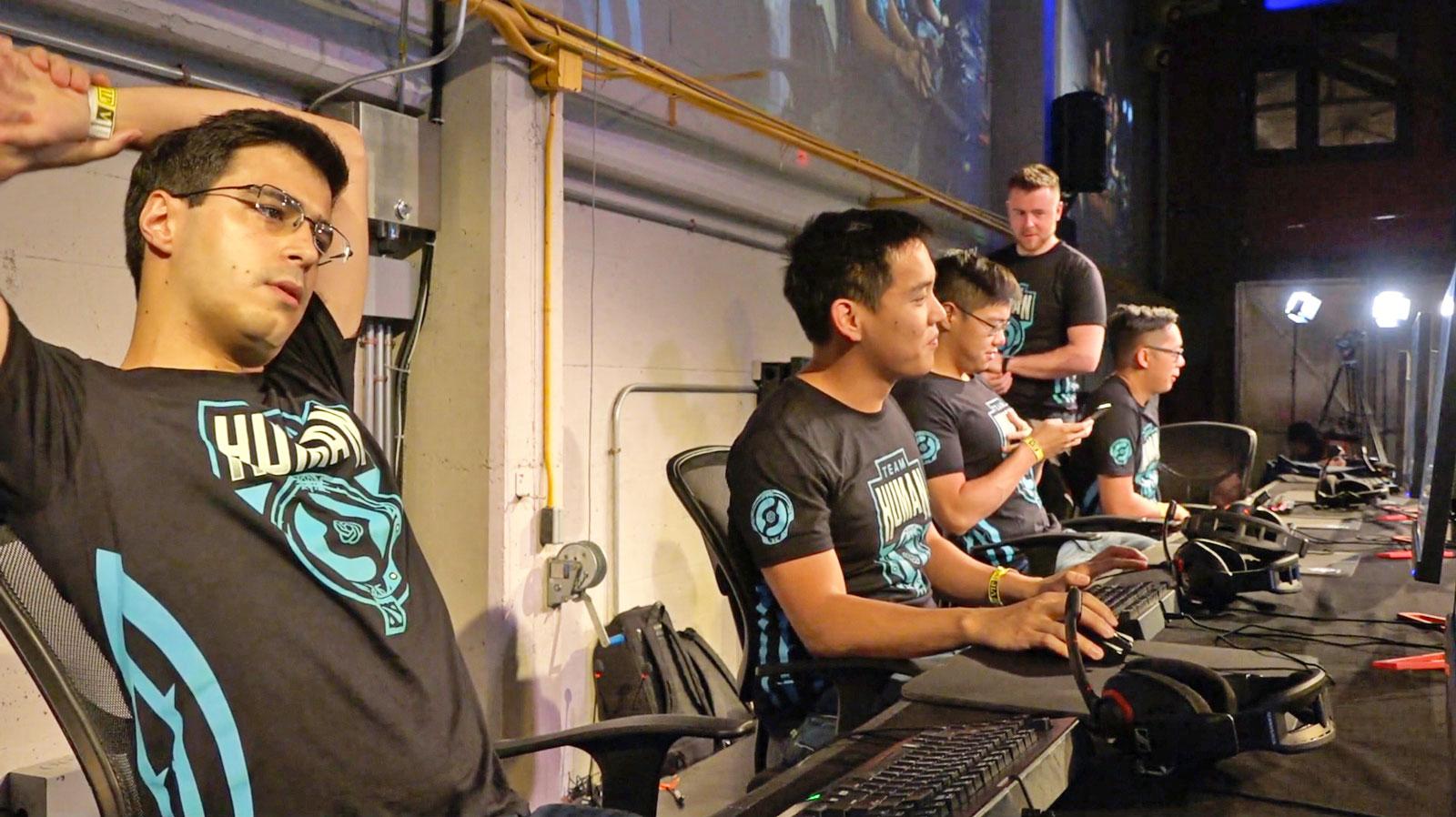 Later this month, the best Dota 2 teams in the world will meet in Vancouver for the biggest tournament of the year, The International. The annual contest consistently boasts the highest prize pool in eSports (it's up to $23.5 million already this year), not to mention the glory that comes with winning the prestigious event. It may not be long, however, before a team of non-human players becomes worthy of such success. This weekend, the all-bot roster of OpenAI Five took on a team of Dota 2 casters and ex-pro players that individually rank amongst some of the best in the world. OpenAI Five won the best-of-three exhibition match convincingly, and the only reason the human team took a game was thanks to a little help from the audience.

OpenAI, a non-profit research organization co-founded by Elon Musk, first used machine learning to teach a bot how to play Dota 2 last year. It was able to best various pro players in one-on-one games and took down the legendary Danil "Dendi" Ishutin in a live match at The International 2017. The bot wasn't unbeatable, however, and was still very one-dimensional. It had mastered just one of over 100 heroes and Dota 2 is a complex, team game -- one-on-one matches test a very specific skill set that isn't the be all and end all of a proper match.

OpenAI Five, a full team of bots working together, was the natural next step. The squad trains exclusively by sparring against itself, racking up 180 years of playtime every day. In mirror matches, where both teams play the same heroes, OpenAI Five has taken games off amateurs and semi-professional players alike. But this past weekend was the all-bot team's toughest test yet. While the games were still played with a special rule set that eliminates some of the more advanced mechanics, both teams were able to pick from a pool of 18 heroes and make use of a few strategic items and objectives that have previously been off-limits. OpenAI Five's reaction time was increased from 80ms to a more human-like 200ms, though, to even the field for the meatsack team.

OpenAI Five steamrolled the first two games, displaying excellent teamwork, but when the audience was asked to pick the bots' heroes for the final game, it all fell apart. Dota 2 has a lot to with how different heroes complement each other and counter the enemy, so the human team were able to secure the win with their heavily favored lineup. Still, OpenAI Five won the best of three series against some highly skilled players. The all-bot team's next test is only a few weeks away, when they will take on a professional squad at the top of the game during The International main event. First it was Go, now it's Dota 2. The machines are taking over.

In this article: ai, artificialintelligence, av, dota2, elonmusk, gaming, machinelearning, openai, openaifive, personal computing, personalcomputing, TheInternational, tomorrow, valve
All products recommended by Engadget are selected by our editorial team, independent of our parent company. Some of our stories include affiliate links. If you buy something through one of these links, we may earn an affiliate commission.