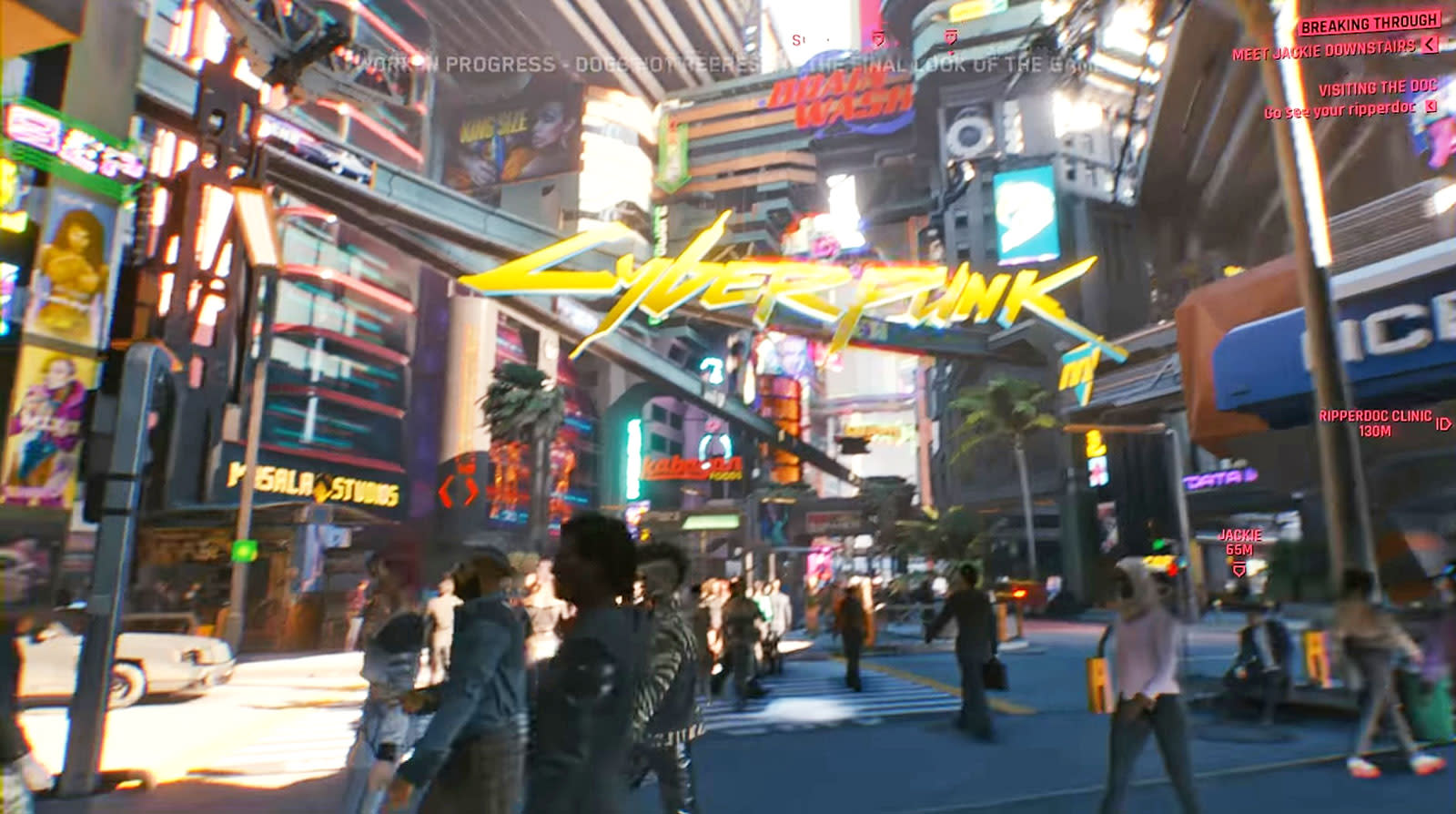 We've been waiting for the next Cyberpunk game for years since CD Projekt Red revealed it in 2012, and when we finally got early looks at E3 and Gamescom, it looked worth the wait. Now, the developer has released a 48-minute gameplay video that looks very similar to what we saw at those shows -- but now everyone can see the glorious, neon-drenched, frequently-violent future awaiting them in Cyberpunk 2077.

The 48-minute video walks viewers through the twists and turns of following a job from start to finish. The footage follows a female player-character as she runs, guns, hacks and swears her way past enemies and shifting alliances; As we noted before, it's a very adult game, so expect gore and profanity during some frankly astonishing action, and some non-sexual nudity, so perhaps you shouldn't watch it at work.

It's a gritty future, but not totally dark. As seen in the E3 trailer, some of the gameplay occurred during the daytime, which doesn't diminish the cyberpunk feel: When the player-character yanks a cable from their wrist to jack into someone's brainstem or sits in a biohacker's chair to replace body parts with cyber-enhanced upgrades, the setting lives up to the game's name. We still don't have a release date, but CD Projekt Red told us at Gamescom that they've got a build that runs through the game from start to finish. Hopefully we don't have to wait long to know when Cyberpunk 2077 will hit shelves.

In this article: av, CdProjektRed, cyberpunk, cyberpunk2077, gaming
All products recommended by Engadget are selected by our editorial team, independent of our parent company. Some of our stories include affiliate links. If you buy something through one of these links, we may earn an affiliate commission.