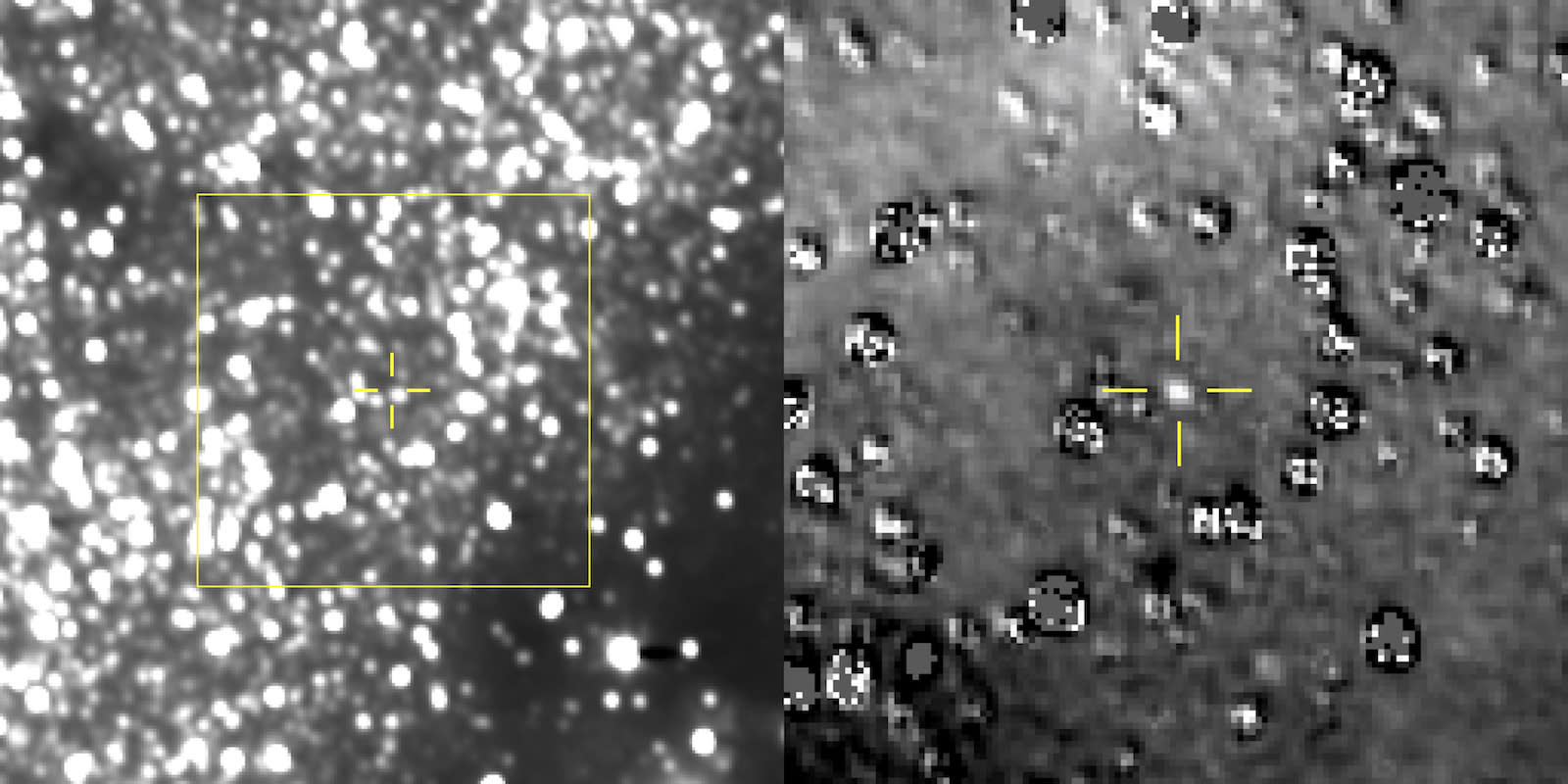 After NASA's New Horizons spacecraft collected a trove of data from its six-month-long flyby of Pluto, it set its sights on a much smaller object in the Kuiper Belt -- an object dubbed 2014 MU69. Scientists believe MU69 will likely be a rather preserved outer solar system object, one that could provide clues as to how dwarf planets like Pluto may have formed billions of years ago. Now the New Horizons team reports that it has snapped a picture of its distant target and it did so weeks before MU69 was expected to be visible to the spacecraft.

New Horizons is still about 100 million miles away from MU69 and the researchers didn't think they'd be able to see the small object with New Horizons' onboard cameras until around mid-September. "We thought it's worth giving it a shot a month early," Hal Weaver, the lead scientist working with the New Horizons' long distance camera, told the New York Times. Through a few dozen images, they were able to make out the very faint MU69, an object under 30-miles wide. Being able to see it will help scientists refine New Horizons' trajectory, though since the object was right where they expected it to be, it appears the spacecraft's path is already pretty spot on. "The whole team is jazzed now," said Weaver.

The spacecraft is expected to reach MU69, also known as Ultima Thule, on January 1st, 2019. It will mark the first close-up exploration of a small Kuiper Belt object and will be the most distant exploration of a planetary body to date. "It really is like finding a needle in a haystack," Weaver said in a statement about the images collected earlier this month. "In these first images, Ultima appears only as a bump on the side of a background star that's roughly 17 times brighter, but Ultima will be getting brighter -- and easier to see -- as the spacecraft gets closer."

In this article: 2014mu69, av, gear, KuiperBelt, nasa, NewHorizons, space, UltimaThule
All products recommended by Engadget are selected by our editorial team, independent of our parent company. Some of our stories include affiliate links. If you buy something through one of these links, we may earn an affiliate commission.