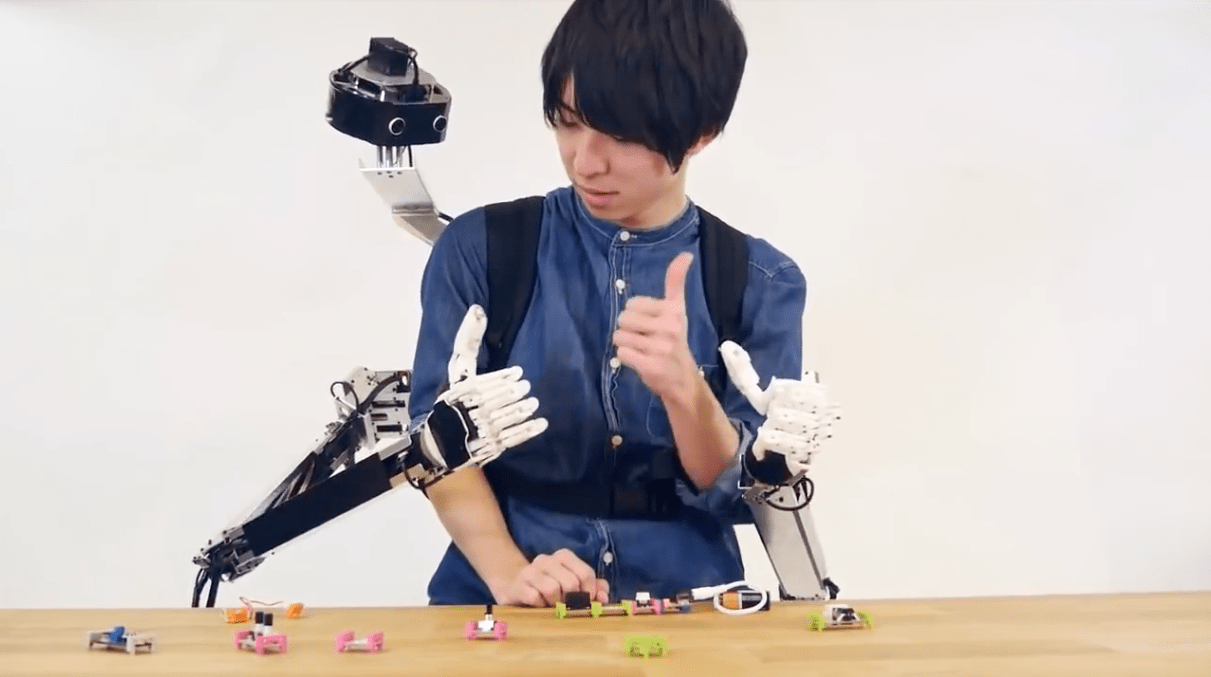 Researchers at the University of Tokyo and Keio University have created a robotic system called Fusion that's worn on a user's back and operated remotely. Fusion is a telepresence robot with two arms and a head and it can allow a remote operator to not only see what the wearer sees, but also manipulate the robot's arms or use the robot to move the wearer's arms. Yamen Saraiji, a researcher on the project, told The Verge that Fusion could be used, for example, by an expert to "guide new practitioners on how to operate certain instruments or to assist them remotely without the need of their physical presence."

You can see Fusion at work in the video above. It shows how the system can be used to help two individuals communicate and collaborate from a distance, and describes the three modes of action -- directed, enforced and induced. You can also see how the telepresence user can operate the robot through an Oculus Rift headset.

Saraiji told The Verge that there are some issues with the prototype that still need to be worked out, including a time lag and the off-to-the-side view provided to the telepresence user.

Fusion is a follow up to the research group's MetaLimbs project that it demonstrated at last year's SIGGRAPH conference. The group showed off Fusion earlier this month at SIGGRAPH 2018.

In this article: fusion, gear, metalimbs, research, robots, telepresence
All products recommended by Engadget are selected by our editorial team, independent of our parent company. Some of our stories include affiliate links. If you buy something through one of these links, we may earn an affiliate commission.