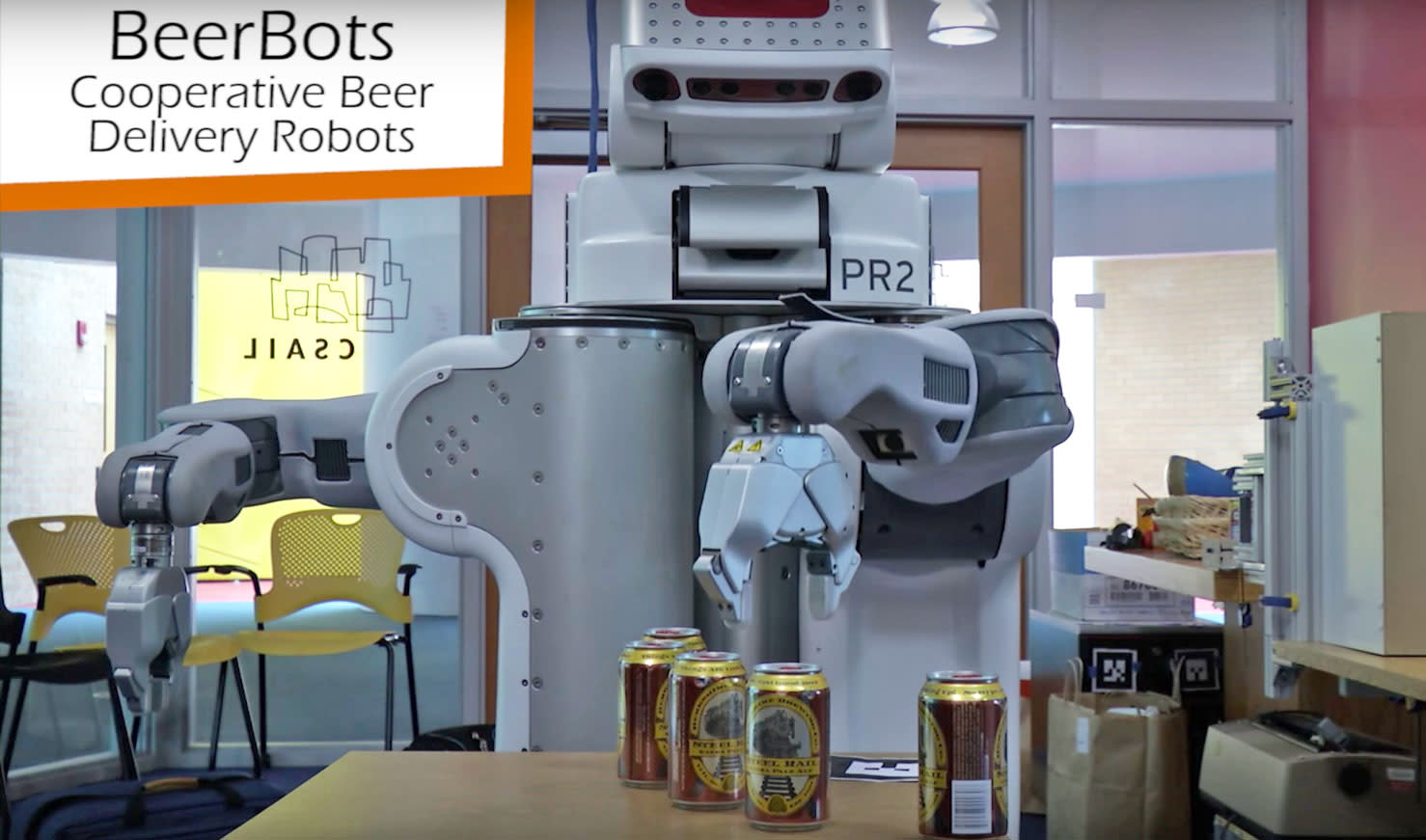 Sorry, beerbot developers, you probably won't be able to get Pentagon funding for your alcohol-serving machines. Senator Jeff Flake of Arizona has introduced a new section to the US Department of Defense appropriations bill, which says: "None of the amounts appropriated or otherwise made available by this Act may be obligated or expended for the development of a beerbot or other robot bartender." Okay, so the soon-to-retire lawmaker doesn't want the government to fund the development of silly robotic bartenders. Fair enough. Problem is, as IEEE Spectrum explained, he singled out a robot MIT researchers developed in 2015, which wasn't designed to be a beerbot at all.

When he made his argument on the Senate floor on August 21st, he targeted the MIT research, because it was partially funded by the Office of Naval Research and the Air Force. He said, while showing the Senate a screenshot from the video MIT released at the time:

"Mr. President, did you hear the one about three robots that walk into a bar? No, you haven't. It's not a joke, but rather a project paid for in part by the Department of Defense. These robots, called "beerbots" (you can see a depiction here), were programmed to serve cold beers to graduate students. Researchers say that programming methods used for beerbots can be applied to other multi-robot systems in restaurants and bars, but as you can see the private sector has already developed robot bartenders, or robartenders. They've been mixing drinks in bars and even on cruise ships for years now. And with our national debt exceeding $21 trillion, taxpayers should not have to pick up the Pentagon's tab for beerbots and many other unnecessary spending items which are in the bill we're considering right now."

While he did say that programming methods for beerbots can be applied to other multi-robot systems for restaurants and bars, what he failed to mention was that the MIT team's robot wasn't specifically created for that industry. It's a machine programmed to coordinate with other robots in a warehouse or disaster environment. The project's lead author, Chris Amato, told IEEE Spectrum:

"Our research was on very general algorithms for multi-robot coordination. Our target application domains were logistics problems such as delivering medical supplies. As a fun substitute, we used beer in the demo. The research really doesn't have anything to do with beer and wasn't about beer delivery."

The poor, maligned machine can drop off medicine and supplies in times of emergency -- it just so happened that a bunch of grad students thought it would be fun to use it for beer delivery in their demo. So, if you're a robotics researcher reading this, make sure nobody's filming when you use your machine to hand cans of beer to everyone on the team.

In this article: beerbot, gear, MIT, roboticbartender, robots
All products recommended by Engadget are selected by our editorial team, independent of our parent company. Some of our stories include affiliate links. If you buy something through one of these links, we may earn an affiliate commission.