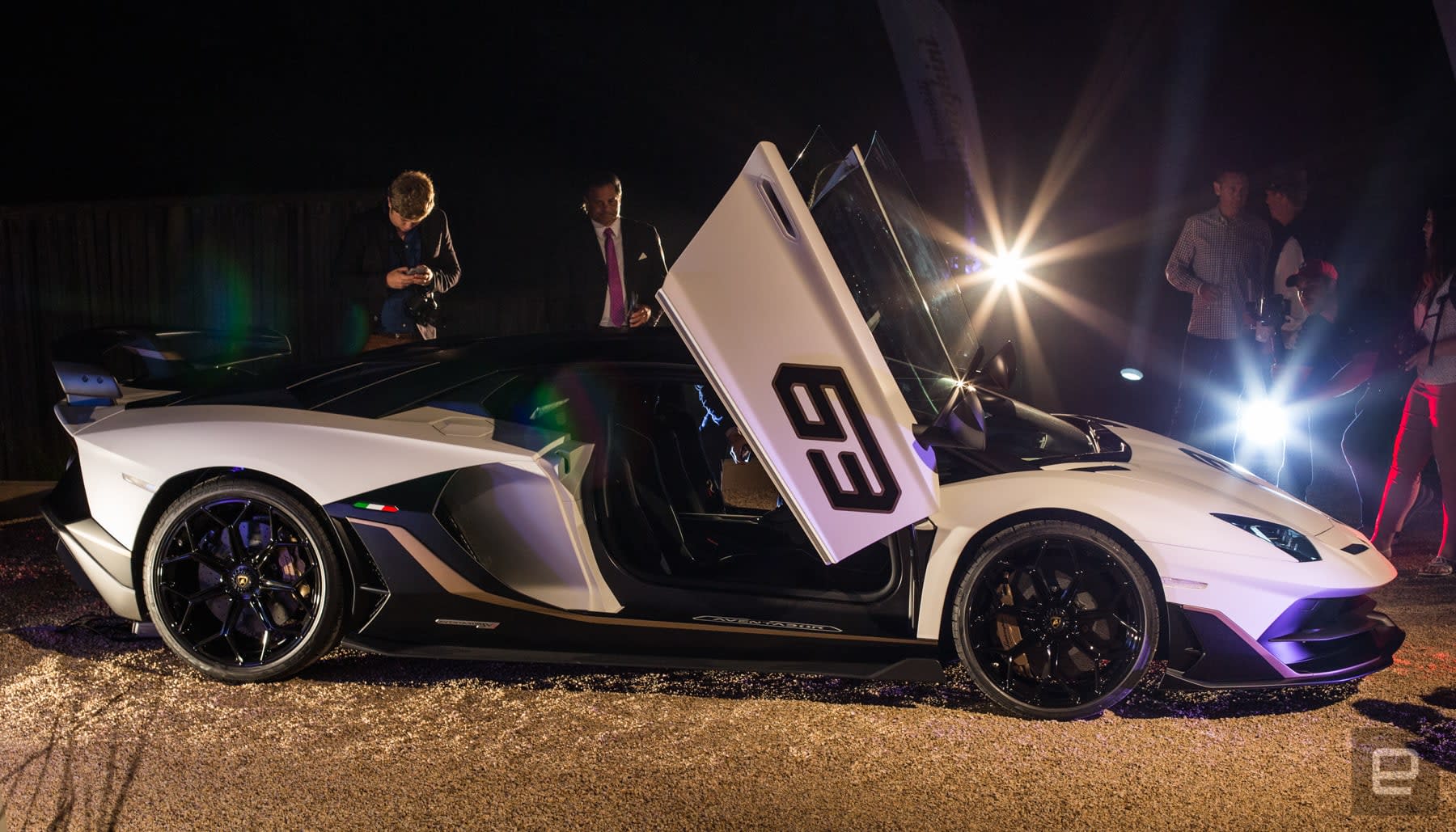 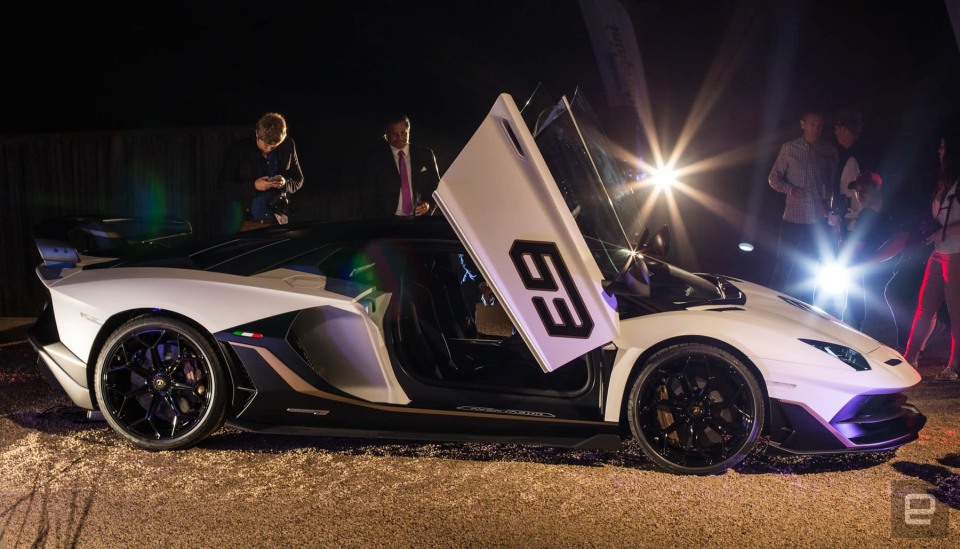 Last month I drove a Huracan Performante and marveled at the aerodynamic wizardry the automaker used to keep the supercar glued to the asphalt. Called ALA (Aerodinamica Lamborghini Attiva), the dynamic airflow system can create downforce on the both or either side of the vehicle. It's great. Then it improved the system a few months later.

The unveiling of the Aventador SVJ at Pebble Beach last week was another chance for Lamborghini to demonstrate its ability to build a car that could shatter track records. The newest Lamborghini is currently the fastest production car around the Nürburgring track thanks to its 770 horsepower V12 engine, all-wheel-drive (AWD) for grip, all-wheel-steering for agility and an updated ALA system.

On the Huracan Performante, the ALA system kept the car firmly planted to the road during my tests just last month. On the new Aventador SVJ, that aerodynamic alchemy has been tweaked to create 40-percent more downforce. That's an impressive increase and results in the vehicle being able to transfer more torque to the road. When combined with the huge engine and chassis control, you end up with a car that's terrifyingly fast around a track.

"In this car, the ALA system is much more sophisticated than the Performante you drove," Lamborghini CTO Maurizio Reggiani told me while we sat in Aventador SVJ that was parked on the putting green at Pebble Beach. "In this car, we put all the experience of the Performante and increased and debugged it more and more."

It also upgraded the car's brain. The SVJ's onboard LDVA 2.0 computer system uses a new processor that takes all the data coming from the Aventador's different elements and optimizes how it drives via a single computer. "It's all synchronized perfectly. You don't have a delay between one system and another. It's a new brain and nervous system that's perfectly synchronized like in the body of a man."

According to Reggiani the automaker is able to make these upgrades to its systems quickly because it's such a small team. After finishing the Performante, Lamborghini kept refining ALA with what it learned from the first version. The company optimized the flow of the air through the wing for better distribution.

"It's another big step forward in the dynamic behavior of the car," Reggiani said. "You must be able to have something that's spontaneous and distinctive."

"Our big opportunity is that we have much more freedom to be constructive to be creative to think out of the box compared to a big company where everything must be processed and approved," Reggiani said. He noted that the company's decision times are shorter and that he and the engineering are able to have quick discussions about changes and implement them.

As for ALA 3.0, "If you sleep too much, other people will overtake you," Reggiani said with a grin.

In this article: aerodynamics, ala, ALA2.0, business, design, gadgetry, gadgets, gear, Lamborghini, LamborghiniSVJ, supercar, transportation
All products recommended by Engadget are selected by our editorial team, independent of our parent company. Some of our stories include affiliate links. If you buy something through one of these links, we may earn an affiliate commission.