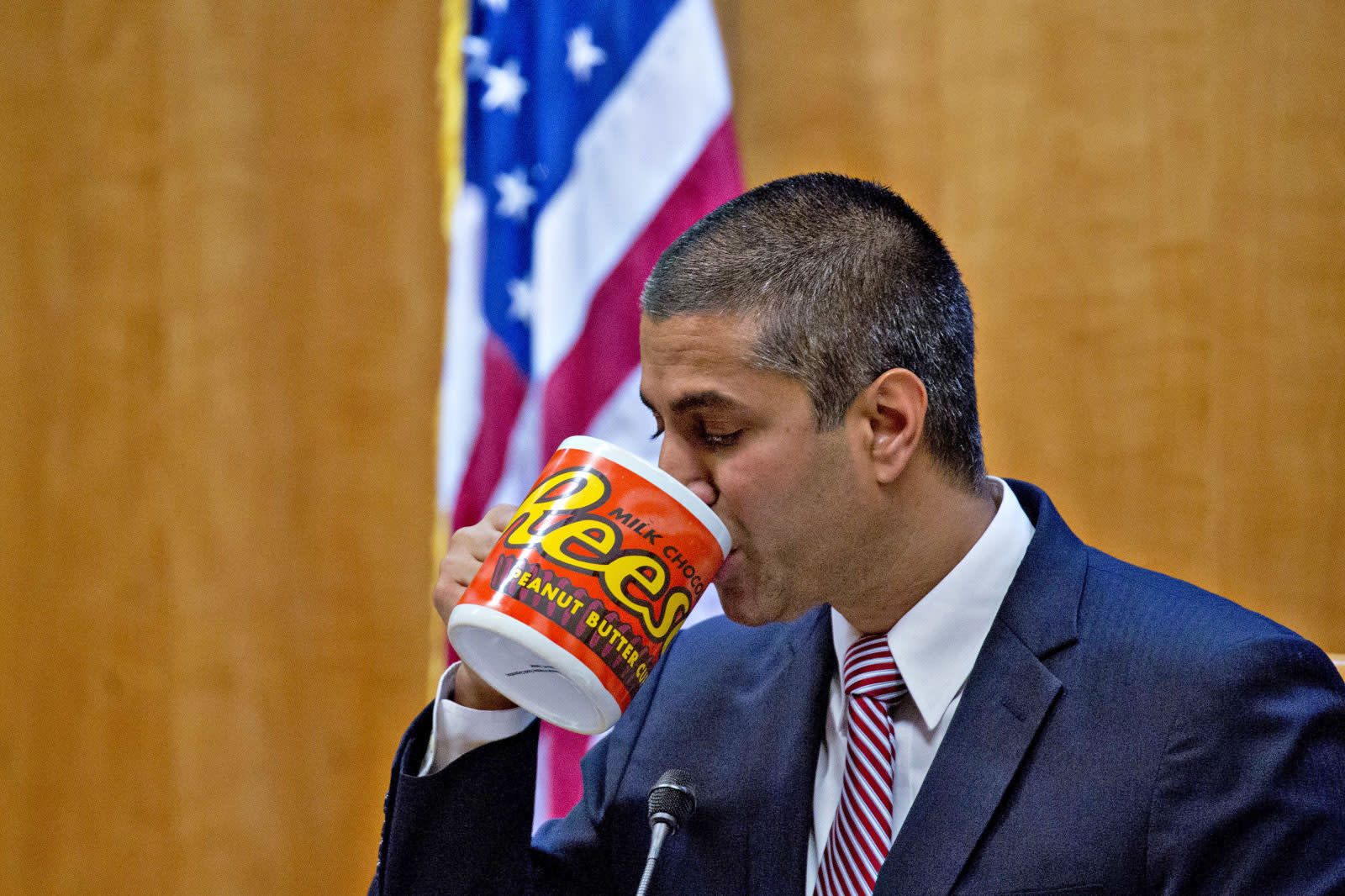 The FCC isn't involved in the latest round of tech companies' congressional testimony, but that isn't stopping Chairman Ajit Pai from chiming in. The regulator has written a blog post effectively calling for laws requiring internet companies like Facebook, Google and Twitter to disclose how they decide on bans, demonetization and other policy decisions. People have "virtually no insight" into how tech giants make their decisions, he said, arguing that people should "seriously think" about forcing companies to "abide by new transparency obligations."

Pai likened it to rules governing broadband providers. If ISPs are obligated to provide details of how their services work, he said, why shouldn't sites let you make "educated choices" before you use them? The statement is somewhat ironic given that Pai has spent a large portion of his tenure removing accountability requirements, including audit and reporting rules.

In making his case, the Chairman drew heavily on existing conservative allegations that internet giants are silencing right-wing voices, but doing nothing against left-wing users who may have crossed the line. The issue, The Verge noted, is that Pai is both using unsubstantiated claims (such as implications of "shadow banning") and trying to frame actions in terms of ideology rather than safety. In addressing YouTube's demonetization of PragerU, for instance, he sidesteps the outlet's history of inciting hatred against Muslims and other cultural groups.

There isn't much Pai can do as only regulates the telecoms, not the sites you access through those telecoms. He also stressed that he wasn't asking to dictate the content of the sites, noting that the First Amendment gives them the freedom to decide what content they offer. You aren't likely to see any action stemming directly from this post, whether it's from the FCC or Congress. However, it does underscore the frustration at the lack of transparency from these outlets, regardless of your political leanings. It's not always clear why internet firms act (or refuse to act), no matter how well-intentioned they may be.

In this article: ajitpai, fcc, gear, internet, politics, regulation, socialnetwork, socialnetworking, transparency
All products recommended by Engadget are selected by our editorial team, independent of our parent company. Some of our stories include affiliate links. If you buy something through one of these links, we may earn an affiliate commission.