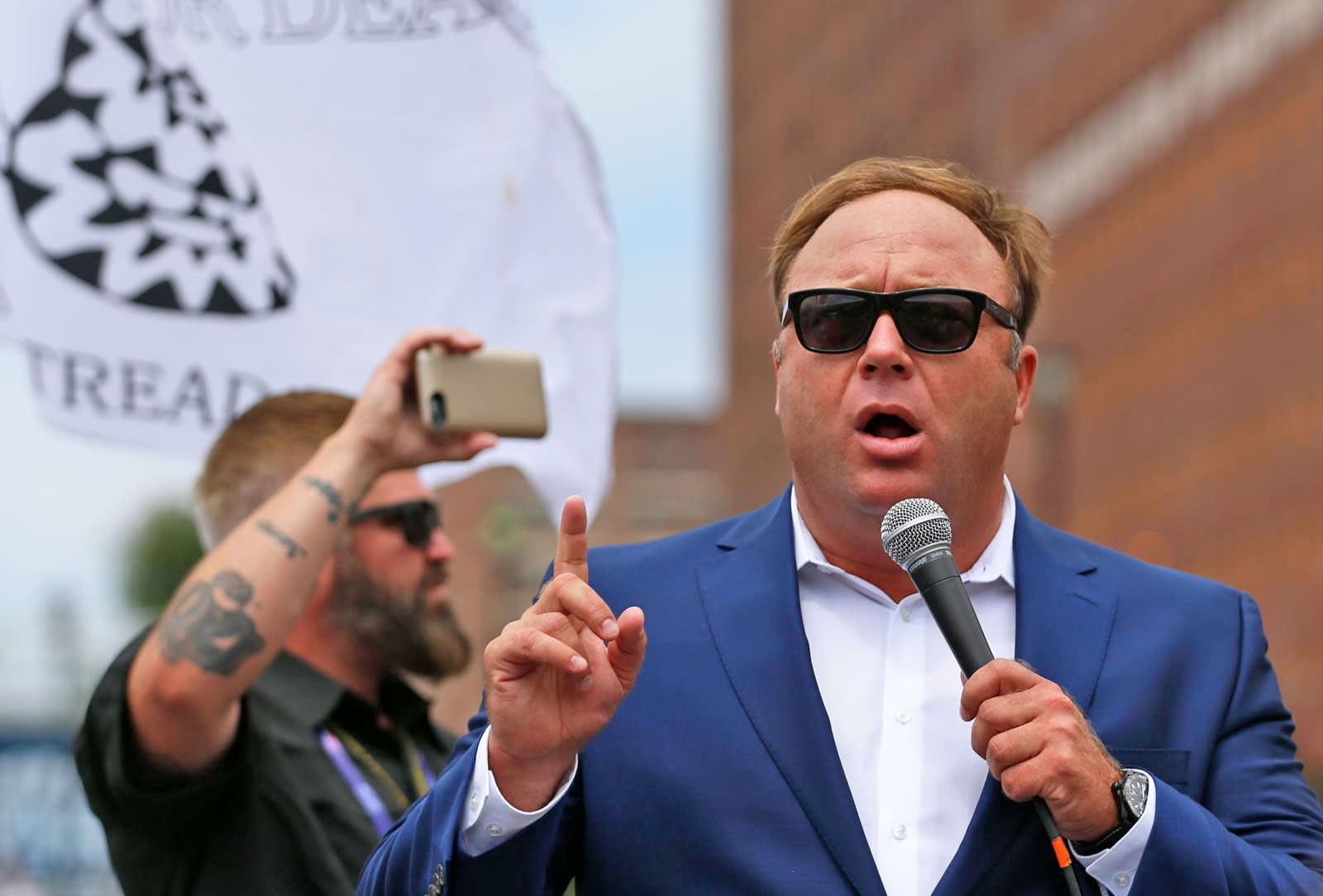 While companies like Apple, Facebook, Spotify and even Pinterest have taken down InfoWars content from their platforms, there has been one very public holdout -- Twitter. But BuzzFeed News reports today that the company is now limiting the InfoWars account, preventing it from posting tweets for one week. The move follows similar measures taken against Alex Jones just yesterday.

A Twitter spokesperson told BuzzFeed News that that punishment was a response to a Periscope video, which was linked in a tweet, that featured Jones telling his viewers to get their "battle rifles" ready. The company reportedly asked Jones to delete the tweet. Along with a temporary hold on tweeting, the InfoWars account will also be prohibited from retweeting, liking or following new users.

Yesterday, CNN reported that Jones himself was given a week-long suspension because of the very same video, which was in violation of Twitter's terms of service. In the Periscope video, Jones also told supporters "now is the time to act on the enemy" ahead of a "false flag" attack. However, though Jones' account was suspended over the video, it was still viewable on Twitter-owned Periscope through InfoWars' account. But after CNET pointed that out to Twitter, the platform reportedly suspended the InfoWars Periscope account as well.

When other platforms were purging their sites of Jones and InfoWars content, Twitter said it wouldn't be doing so because neither were "currently violating" its policies. But when others pointed out a number of tweets did in fact violate Twitter's policies, the company said it still wouldn't take action since the posts in question were deleted and some were published before rules addressing that kind of speech had been implemented.

According to BuzzFeed News, the platform declined to say what it would take for either account to be banned permanently.

In this article: alexjones, entertainment, gear, infowars, internet, periscope, politics, twitter
All products recommended by Engadget are selected by our editorial team, independent of our parent company. Some of our stories include affiliate links. If you buy something through one of these links, we may earn an affiliate commission.